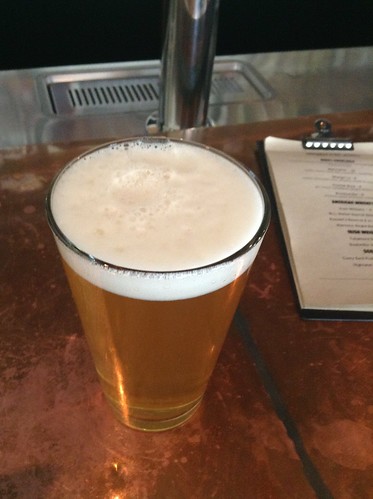 Prettyman’s General is a space I don’t quite know what to make of. There are odd tables, things you could put your drink on but nothing else because they look like Tetris pieces stuck together. The seats at the bar have been resurfaced but otherwise left alone; hard, wobbly stools made of steel. For no particular reason I can suss out, antlers are stuck to the wall.

It’s exceptionally chill at the moment. The sun is out today so it feels brighter in here than it actually is but at night, I have a feeling that Prettyman’s contracts, drawing it’s patrons into a quiet, dim area where people talk about soft gossip and bedroom smiles. But I also see a tray with board games in it-Risk, Othello-so maybe the inverse is true. Board games usually encourage some kind of lively human activity. So who is this place for? I don’t know.

Natian’s Undun Blonde has a maltier, wheat nose but the finish has a nice hop bite to it-nothing too intense, just enough to set the sweetness of the middle off. After it all passes, there is a palatable flavor of wheat that creeps in- a counter to the counter. It’s a pretty easy ale to drink: I could see myself enjoying many on a warm day.

Overheard the bartender telling some future patrons that the Blazer game is going to be on the screen tonight and ‘it’s going to be frikken packed’. Hm. Maybe when the sun goes down, Prettyman’s becomes a riotous hive of local grinning drinkers.

The same bartender pours Irish whiskey over a single ice cube that fills the entire glass. The ice cube is far more interesting to me than the whiskey, smooth as a mirror yet easy to see through, ice that somehow increases the quality of the liquor poured over it. She gives it to a man in a blue tshirt that says “It’s Willamette, Damnit” and looks far too grumpy to be having a double whiskey at 3:30 in the afternoon.

Although I suppose if I had a reason to be drinking double whiskeys in the afternoon, I might be grumpy, too.

But instead I think you should check out this article, which I feel takes a practical look at what craft brewing and those enthusiasts ought to be looking at over the next few years, to ensure that craft brewing remains a thriving, interesting, tasty industry. 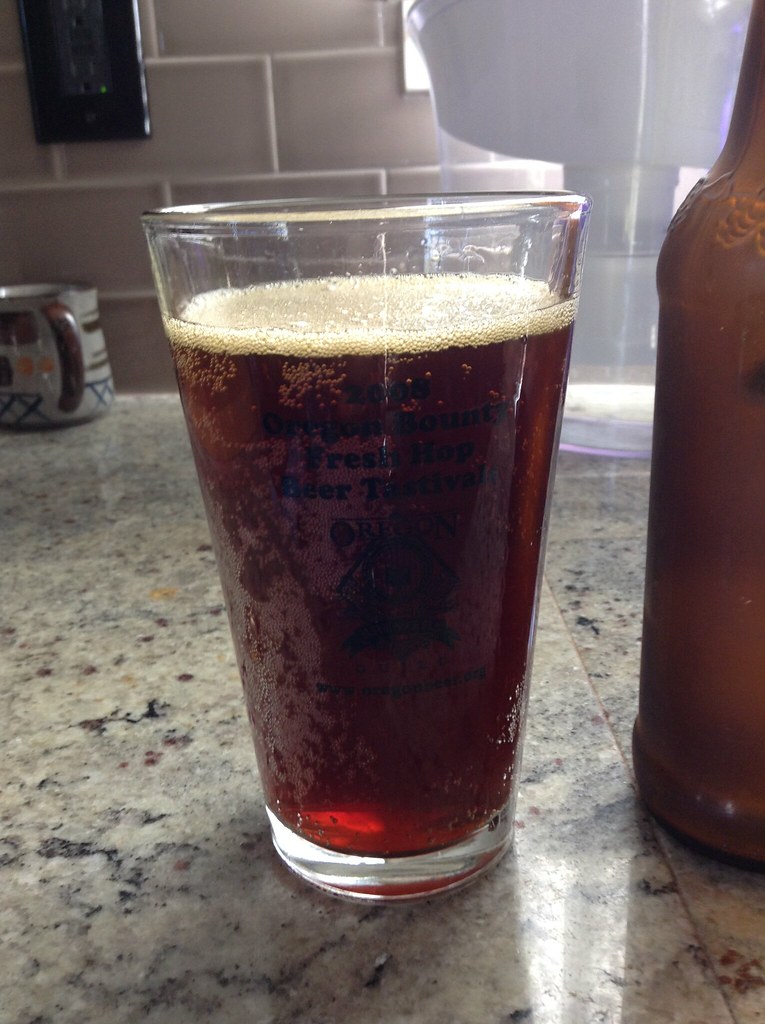 I have taken another swing at making a brown ale and it’s come out as a solid beer, I’d say.

There isn’t a strong nose but that’s OK. It is nicely chocolatey, finishing with a little bitter note and then a fine bubbly to clear the palate. It’s a very mild beer with a pretty nice finish on it-and that finish really makes this beer better. There’s nothing too intense on the front end so it won’t overwhelm you and the clearance on the back end means that it can be paired easily with a lot of different food without distracting from that.

What’s really cool about Old Haunts is that the initial yeast I pitched didn’t take. 48 hours into fermentation, I had to pitch another yeast and that made me nervous. Yeasts often provide their own flavors and a yeast that didn’t take? Who knows what might be contributed? But this beer still managed to come out OK! It’s good to be working on a forgiving project. 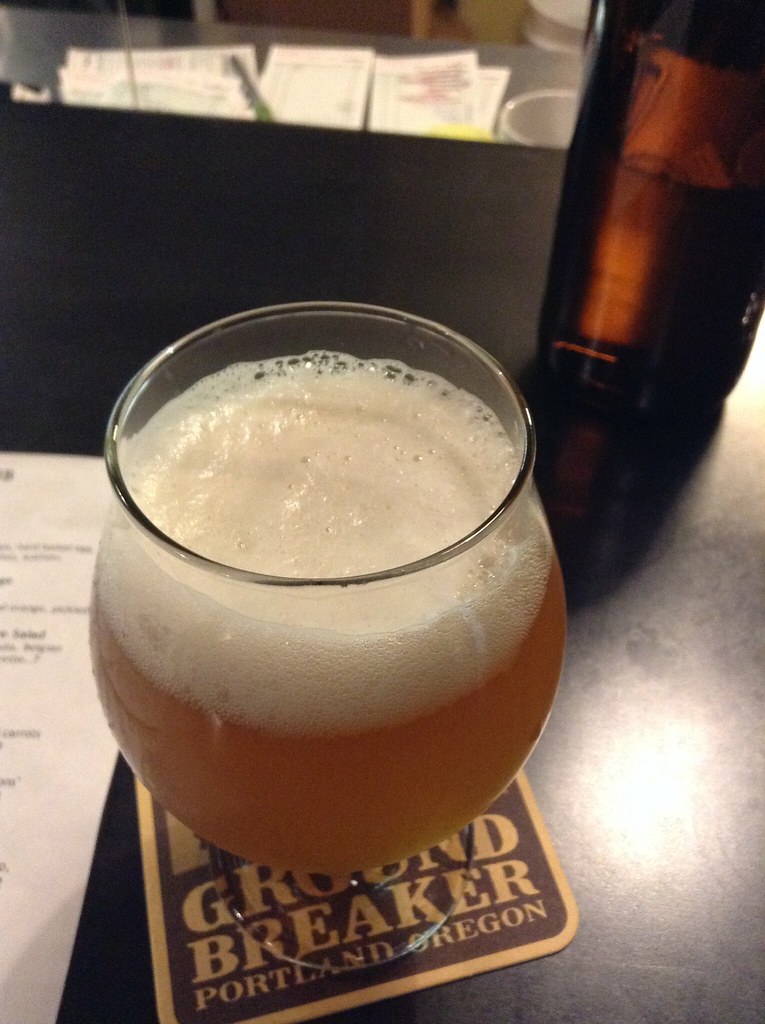 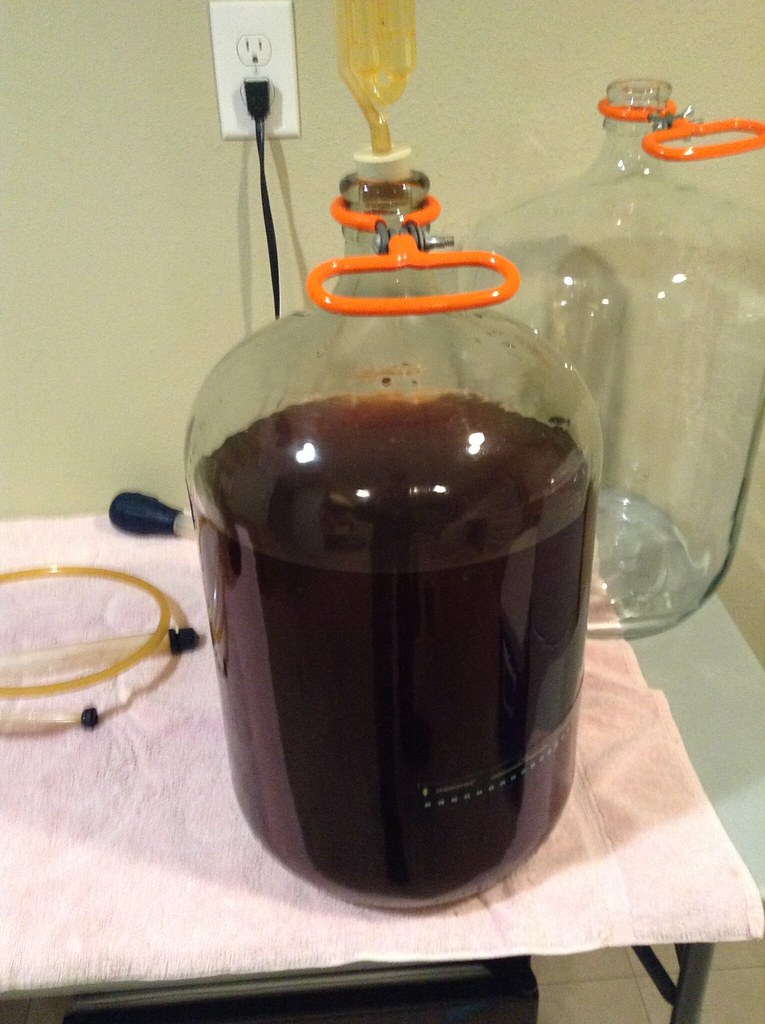 Oh man is this bad beer. I had to pour it out without even bottling it, because the finish on this ale was so bitter it reminded me of aspirin. It’s no fun pouring out beer, even bad beer. There’s that voice that keeps whispering: ‘I coulda been a contender’.

But it was either pour it out or waste time, water and effort carbonating this and finding out in two weeks that, yes, this is indeed undrinkable because it tastes like aspirin. Why put anyone, especially myself, through that?

The good news is that the folks at FH Steinbarts told me to bring some in, to see if they could tell me where I went wrong. I’ll try and bring some by this weekend, see what comes of it.

The interior of the Commons is so new, I have to stand at the rail. This is…uncomfortable. I won’t lie to you: this is a building for people who work for a living and I’m currently standing on cement. I see some tables to my right but those are new from my last visit. People stand around barrels and the space at the rail is limited. Nothing is comfortable for long. 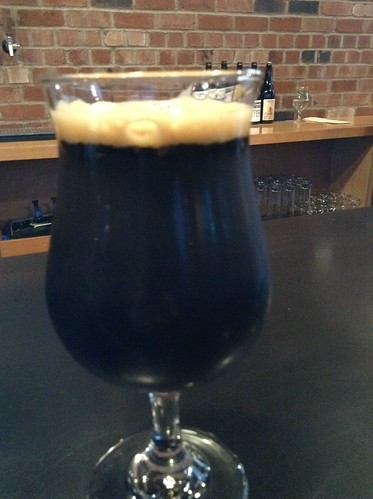 But the 3rd anniversary bourbon barrel stout? Oh man. Bourbon soft in the nose, rising through the thin head. It doesn’t run into the middle though; the bourbon flavors appear in the finish, warm, a touch hot. There’s also a density there, the weight of malt and alcohol and chocolate that lingers.

And it’s the chocolate that really makes this beer. It’s sweet and delicious yet somehow this beer still feels light. I realize this contradicts what I just said but I think that is a testament to the quality of this beer. It doesn’t have a viscosity that I’d look for in a stout yet this is clearly not a porter. Almost. Maybe. No; when I cut my tongue through a mouthful of the 3rd Anniversary Stout. I get just enough resistance to know that it’s definitely in the stout style.

The bartender tells me a that this beer is one they’re going to make every year and I couldn’t be happier to hear that.

Because for this beer, I’ll stand. They’re getting chairs; should be here in a month or so but until then I’ll do what I have to to do enjoy this beer. 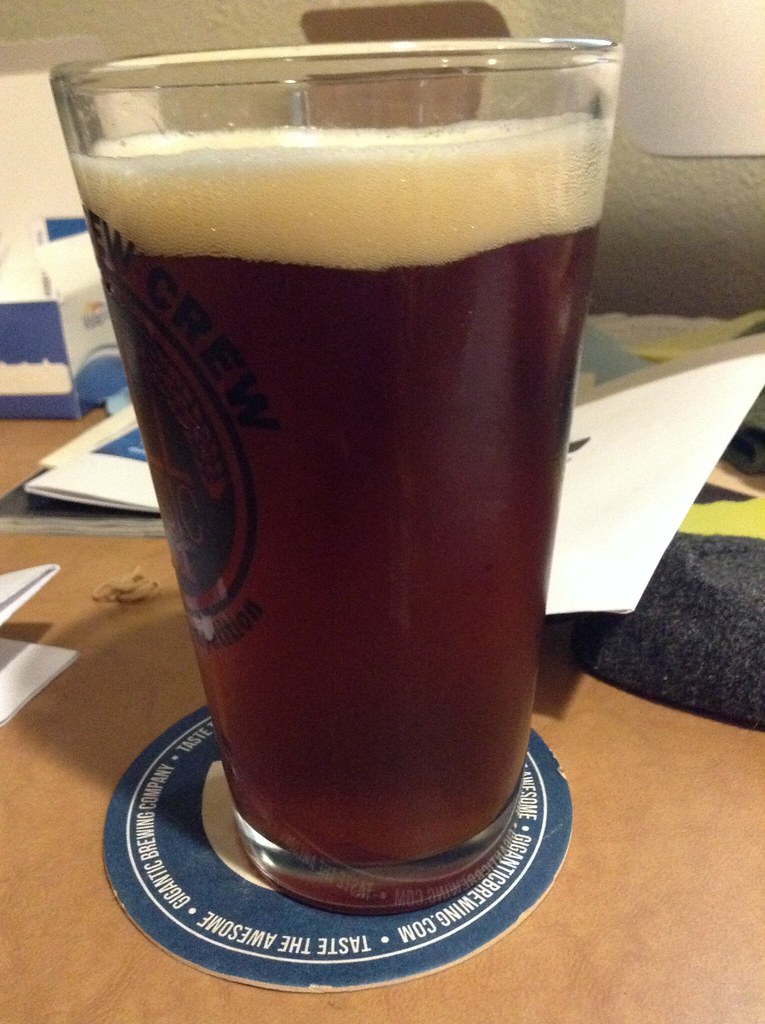 The head on this is amazing: like velvet, it hits the upper lip. It’s also super clear: deep  umber clarity through the glass. This puppy looks good, I tell you.

The beer itself…falls short of the IPA I was going for. I didn’t stick the landing. There’s a solid malt backbone in here but I didn’t get much in the way of a hoppy nose nor a appropriate finish. Grrrr.

I’m bothered by this because I feel like I used an appropriate amount of hops in the brew, along with a secondary hop addition to provide the scent notation that I’d like this beer to have. It’s not as though this beer is ruined! It’s perfectly drinkable. But Coulda Woulda Shoulda isn’t what I was going for and I wish it was more on target.