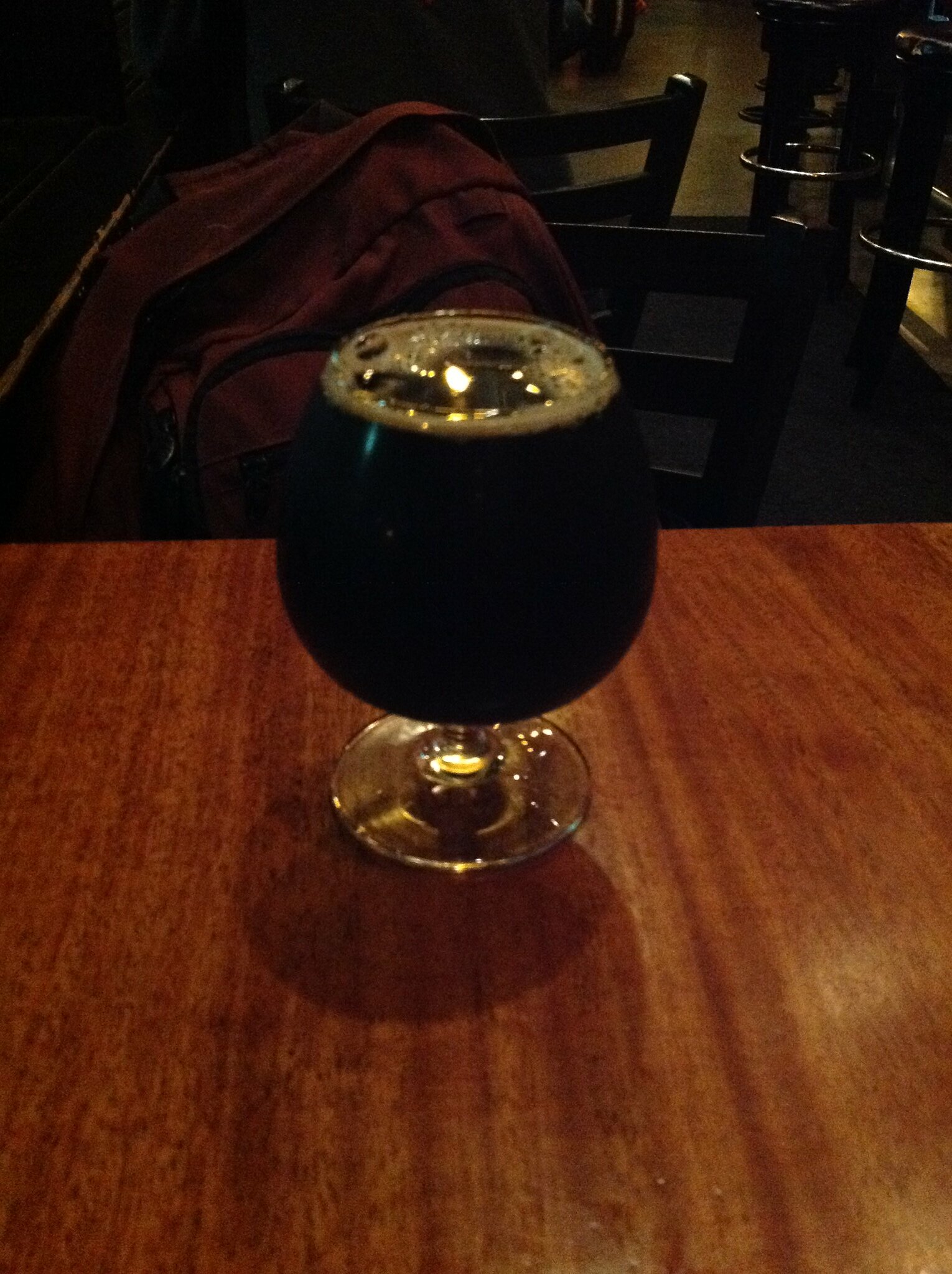 Just going to throw you in the deep end today: Founders Brewing Lizard of Koz, an Imperial stout with blueberry, cocoa, vanilla, aged in bourbon barrels. The nose is soft, faint: blueberry blossoms, instead of outright blueberry. The flavors equally subtle, vanilla being dominant  but the cocoa jockeys for position from time to time, with blueberry coming in to finish it all off. I don’t notice the bourbon at first. So much tasty goodness going on, I have to close my eyes and really focus to pick it up.

As the stout warms, a little more of the bourbon laces itself into the blueberry nose, along with a smidge of chocolate. I’m OK with this. Find this, drink it. Share with friends.

So, the #Resistance is in full swing. We’ve got an engine of people who are standing up, saying no, willing to go outside or write letters or shop elsewhere-action. From the citizens in the street to people like Sally Yates, who as far as I’m concerned is a hero, to take a stand against what is happening. Not just posturing. Action. But we need the next step.

We need the Dream.

And with the Dream, we need the Figurehead. We need someone to articulate the Dream. To stand behind it, even at great cost.

President Kennedy spoke of going to the moon, “Because it is hard.” President Johnson spoke of the Great Society, to eliminate poverty and social injustice. Another task that is not easy. Hell, look at bravery from people like Margaret Sanger (“No woman is free until she can control her own body”) or Martin Luther King (who needs no supporting evidence), on and on, people who stood up and said “The Dream of America is more, is BETTER, than your rhetoric that would keep it in the swamp”.

They did so at cost to themselves and they were complicated people. Only our fictional heroes lack the human complication. But they inspired us and the country became better. That isn’t in question.

More importantly, they gave us something concrete. Where’s the goal in being a shining city on a hill? No, that light comes when we can point to our accomplishments: eliminating childhood poverty, improving mental healthcare for all, protecting vulnerable populations, be they poor or different, curing cancer, creating a city on the Moon: these things light us up.

We need our inspiration. Resistance becomes gray skies in the soul without something to work for. We cannot be just “not them”. That allows someone else to define our identity, which is why statements from Democratic leadership like this are utter bullshit.

Being liberal-hell, being an American- stands for something and when you quit articulating what you stand for, you stand for nothing. There are people out there willing to fight for what they believe America should stand for. Give them a voice to rally behind, damnit. Give us something to be for because we’re going to get tired just being ‘not them’.

As a result, I’ve been thinking a lot about the Dream and what I think that needs to include. Once we know what it should include, I don’t doubt that we can get smart people to figure out how it’s done. But we need a goal.