I really like the Bare Bones bar. There’s a huge, long bar to sit at that has a beautiful honey wood top with amber wood trim. I only wish it was easier to write at! There’s an older woman reading a book at the end, her glasses straight out of 1950. Everyone else is bundled up, even me, coats or hats on, everyone just shy of pretending we’re ouitside; November is being cold and cruel after an easy lead in. 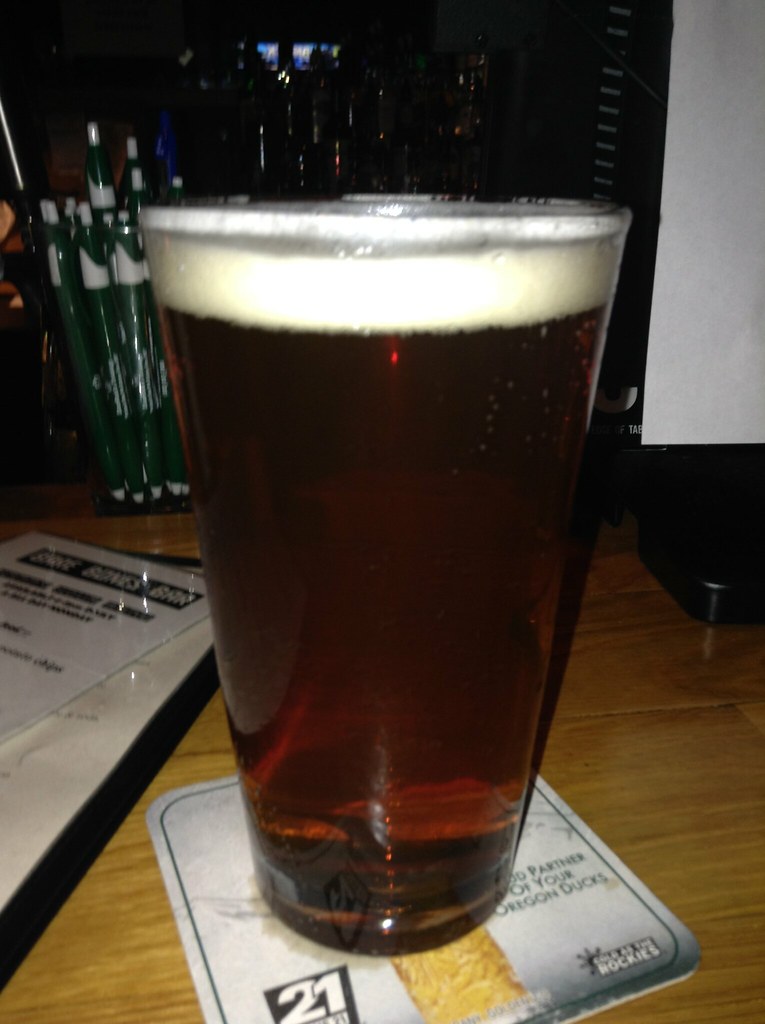 Full Sail’s Wreck the Halls is on, so I get that since I haven’t had this year’s batch. It’s hoppy…hoppier than I would expect for a beer like this. It’s piney and has a oilyness to it that I’m not quite down with. Do I just need to cede the season to dark ales now? I hope not. (Note: this is because I’m expecting maltier like an old ale, instead of an IPA. Sometimes, it is best to set aside your expectations and accept things for what they are.)

I almost went for the Elysian Night Owl but…pumpkin beer, man. I just can’t get behind that. Maybe I should let go of the pumpkin part and just go with the spices. That’s really what it is, right? A spiced ale, meant to evoke pumpkin pie. I can get behind that idea.

What I don’t get about this bar is why it’s so empty. There’s a football game on but nobody’s too vested in it, commenting more on the fashion style of one of the announcers than anything else. It’s only lit well enough at the rail for people to read, so everywhere else you have to huddle for conversation.

But it’s a willing huddle: the Bare Bones feels cozy and warm, a place where you can wink at your sweeties and hide out in the corner if you like, or get up on that beautiful bar and join in with any number of interesting people who ought to be sitting near me but just aren’t.

Not that I’m upset: it’s good that Portland has awesome places for me to hang out in that don’t get really crowded. I need to know about those paces so I can find some respite from a tumultous year. House. Day. Something.

The Wreck the Halls isn’t improving as I drink it. There’s a dryness that I am scraping off the roof of my mouth now. That bothers me. On the upside, it’s nearly done.

2 thoughts on “On The Rails: Bare Bones”