Some of you may recall one of my recent trips to Bailey’s, where I had Sixpoint’s lager and wasn’t all that fond of it. Shortly after that post, I was contacted by Shane of Sixpoint who invited me to an event they were having at Bailey’s to try some of their other beers. Plus, he saw that I was a homebrewer and was willing to give me some feedback on my own beer, if I was willing to bring some.

Hell yes. Let’s do that.

So last Tuesday I was lucky to join Shane and some of his friends to sit down and try some other beers from Sixpoint. I didn’t get to talk to Shane much–though when we did have time, he gave me some wonderful feedback on my beers, and thank you for that!–so I didn’t get as much information about Sixpoint’s brews as I would’ve liked. I did, however, take some notes on what I had so here you go:

Bengali: nice pale. Resiny finish: El Dorado hops, I’m told. Pine nose, slightly floral and it’s not too potent. It’s pretty easy to sip on and the bitterness is nicely offset by the effervescence on the finish. I like it; it feels commercial in the best sense: A beer that is well within style but isn’t meant to drive people away from the style by pushing the sharpness too far. 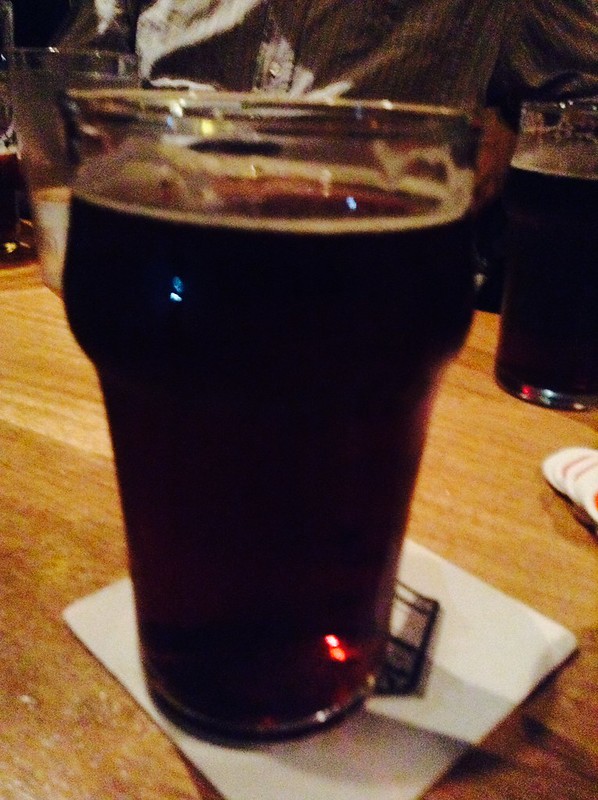 Beast Mode porter with coffee. THIS is what I expect a porter to be like. It’s tasty, flavorful, chocolate with hint of coffee in the nose but the body is appropriately light. It leaves a bit of coffee on my tongue from the finish but it’s not heavy at all, pointing out what I like and expect out of porters, vs. the density and viscosity I would expect from a stout.

I also had a Resin IPA and it’s good. A solid entry into the NWIPA style market out here but I didn’t have an opportunity to sit down and take notes, so you’ll just have to take my word for it.

Next up: Shane gets to try my beer. He told me that I need to pay more attention to yeast. It’s been the one thing I’ve neglected and I suppose that’s the next stage. I’ll paraphrase the feedback he gave:

Stout: pretty good, with a touch of funk on the finish that is making it stand out from the average. (Unfortunately, I have no idea how I got that funk. I suppose I will just have to brew it again and see if that repeats).

The ESB (which I’ll talk about soon), good but Shane detected a soapy/peanut butter scent in the nose which he told me means the yeast started to eat itself. This suggests that the starter I made was pitched after it’s peak time. I may need to do research to try improve my yeast pitching schedule. In addition, I used an Irish Ale yeast for this beer and I should used an English Ale one, to provide more ester (sweeter, fruity) qualities. But that’s what I get for going by the seat of my pants all the time!

It’s so pleasantly calm in Bailey’s right now I am having a flashback to five years ago. When you could count on being able to find a table and the intensity level was always just about right. 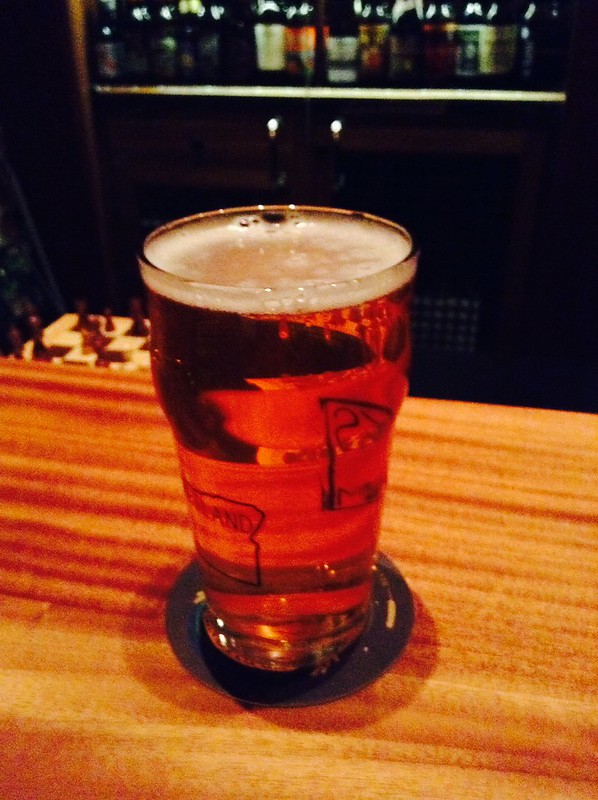 From my vantage point on the rail, I can see the chess board where the bartenders are occasionally making moves. I love this more than I can express: that pleasant way that everyone finds to fill in those soft minutes where all the work is done and you’re waiting for the next task. Everyone does it, in every job across the world. They found chess. Somewhere else, people are playing Go or Backgammon or have decks of cards. This is delightful.

Suddenly, everyone on the rail has an thought about chess; how it’s a game of perfect information and there is a known move set. Then like a rainburst, we’re back to our corners, withdrawing back into our own worlds, done.

I have to admit, I kind of need that at the moment. I almost went elsewhere to write but I’ve been missing Baileys and frankly, starting off my new year here is always a good idea. Being non-social is a requirement for my brain right now; I’ve just been too busy. It is time for a beer, alone(ish).

So I got the Sixpoint Crisp-their lager. I picked it up because Sixpoint has been making a push into the Portland market, getting a lot of press lately. Bailey’s usually focuses on beers from the PWN region so the chance to try something from the East Coast isn’t that common and I’m interested to see if Sixpoint is going to live up to the hype.

The finish is rather sharply bitter. The rest tastes like water gone fizzy. I’m wondering if I’m just being finicky or if this really is an inferior product to Hopworks’ pils. As I get further into the pint and a dryness starts to take over my mouth. This beer might work well with something spicy and it may even go well with Asian food, being so light that it won’t really interfere with other flavors.

But as a beer, it’s just kind of there and the dryness of that finish is pushing me away. I’m going to withhold judgment, of course, until I’ve had other beers they’ve made. Lagers are especially difficult and this may not be the best time of year to appreciate them but I can’t say Sixpoint is off to a promising start.