And now I conclude my Spokane adventures with more notes!

Trickster IPA from Coeur d’Alene. There is no body, there isn’t any nose, and it’s got a dirty bitterness on the finish. I actively hate this beer and don’t want to drink more of it. 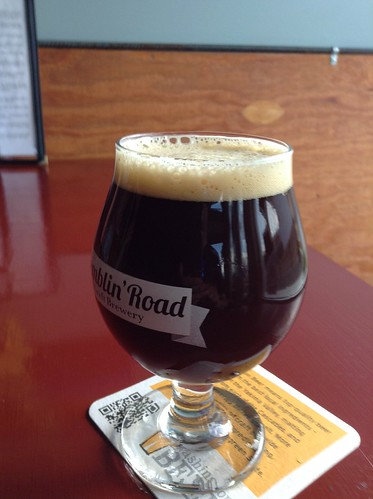 Ramblin’ Road: dubbel (pictures) and Grisette. The problem is the aftertaste. In both cases there is a drymouth effect with a dusty flavor at the end and I ended up not liking either. This is a new brewery I’m told, less than a year old and there are close to 13 ales on tap. That is a huge chunk of work for a new place so I’m not surprised to taste beers that aren’t up to snuff. I think they may be trying to do too much in a short timeframe. Maybe in a year things will improve.

Perry Street Brewing pilsner: it is crisp and nice; has a reasonable ping of bitterness on the finish and is very easy to drink. There’s juuuust enough hint of body on the sides of my tongue to encourage me to appreciate this over a mass market pils. The day is just hot enough to justify a pils and I almost want some tacos to go with this beer, just because that’s what ought to be paired with a pilsner. Also: tacos are good. 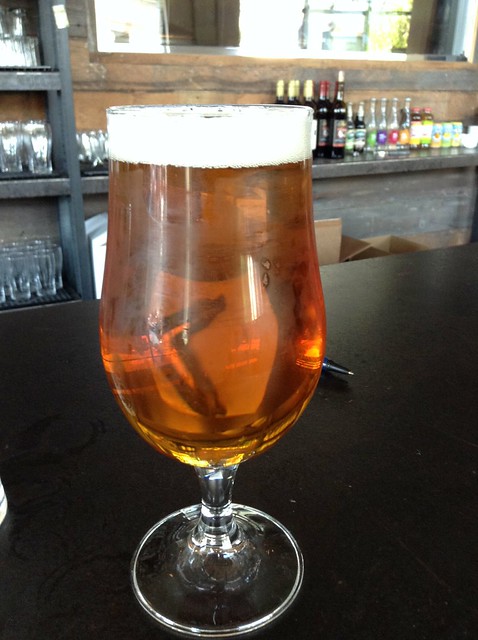 The Double IPA doesn’t feel like a double IPA. It is quite bitter, that part is for certain. The lingering dank on my tongue is coating so they didn’t short the hops by any measure. The malt presence? Not so much there. This beer has a very nice golden color but it isn’t balanced…which, admittedly isn’t the point. The hop presence is so strong on the finish that I almost have to approve of it. This isn’t flawed, this is a beer saying: you want  hops? HERE

About halfway through the IPA, the bartender behind the counter and I have a chat; she used to live in Portland before moving back to Spokane with her husband who’s the brewer at PSB. Next thing I know, she’s introduced us and he’s taking me and my friend on a brief tour of the pub, which has a seven barrel system in the back that is as new and shiny as a whistle. He talks a bit about how they are trying to make this a neighborhood place and confides how much difficulty he has providing a name for his beers, a plight I can sympathize with myself. He tells me how he runs a 50′ hose from the brewery to the refrigerator to pump the beer into kegs and then we visit the fridge for a moment, while he pours us a little of his upcoming imperial farmhouse saison.

You need this beer. A gentle funkiness in the nose that leads to this well rounded wheat based beer with the barest touches of sour that just tastes excellent. So good. I would camp out at Perry Street while that beer was on tap, if I could. So thanks for the tour and the taste!