Last weekend I took a trip to the Seattle area to pick up a mini-fridge from Fuz. While there, I stopped by Black Raven brewing and got a growler of their scotch ale because it was super yummy, and the next day was in Tacoma to get the fridge.

However, while I was there, Fuz took me to Pint Defiance, which is a newer bottle shop in the area.

And it’s great. It’s bright, it’s got a ton of beers, it’s got a really solid list of taps if you want to stop and try something (we did: the Sierra Nevada Quad I had was delicious and plummy), and a staff that was quite helpful in suggesting some breweries to me that I hadn’t had an opportunity to try. I’m going to spend a couple posts reviewing those, because it sounds like fun and I just don’t get to try as many Washington State beers as I’d like. If you’re around Tacoma, I say give it a looksee.

Also, what I noticed was that there seemed to be a lot more breweries putting their wares in cans than I see in Portland. Admittedly, this is just my impression but if it holds true, it wouldn’t surprise me since the first time I ever became aware of a mobile canning company was via a video shot at Wingman, which makes their home in Tacoma. I think that if the tendency towards canning is true, it’s a pretty interesting distinction from what I see in Portland (so far). 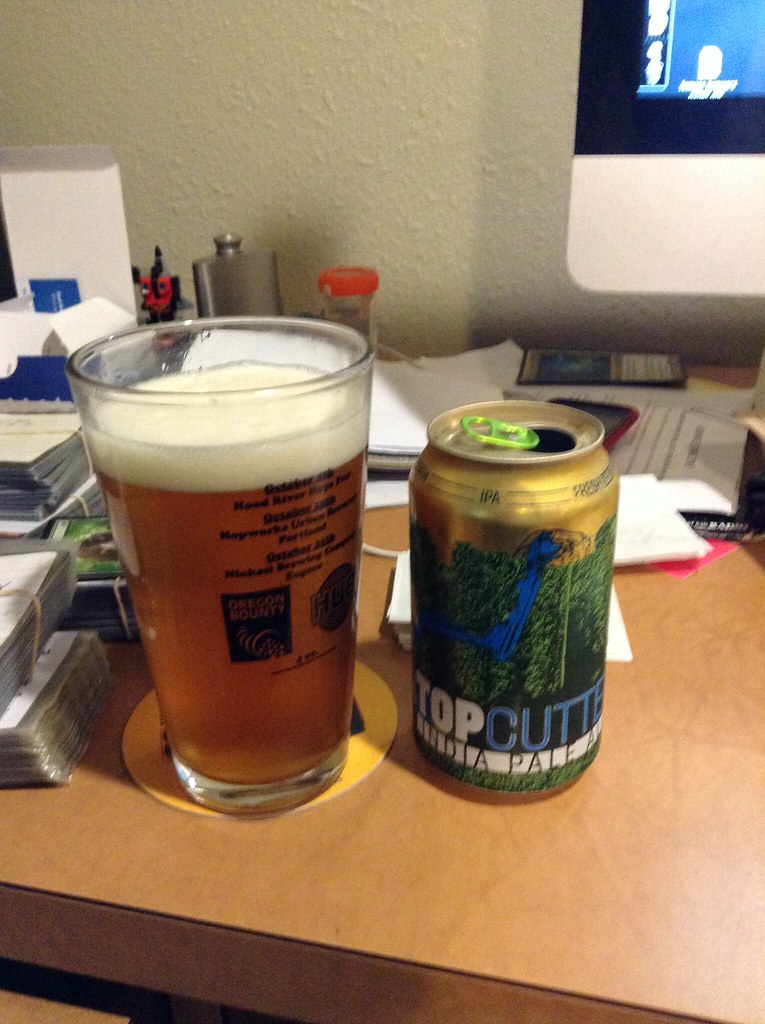 Fresh grassy notes in the nose that are not super imposing. This definitely suggests a fresh hop harvest addition to me, just because of the nose. The can doesn’t tell me what the ingredients were but I’m going with my impression anyway.

There are citrus notes in ale and finish but it’s not overwhelming. It’s definitely and IPA but without the incredible scouring finish that a great many NWIPAs might have. The straw color of the ale hints that the brewer held back on denser malts in order to showcase the hops of the beer but here it works. I believe this is because the hops just aren’t overwhelming to the beer; prominent; absolutely and the hint of sweetness in the middle is all but a ghost but because the beer isn’t so insistent, I just don’t mind the bitterness at the end. I dig it and hope Bale Breaker is able to find their way to Portland.