It has been a long, long time since I’ve had a lunchtime ale, hasn’t it! But beer costs money, damnit and lunch costs more. I’d rather save my lunch money for beer, you know? 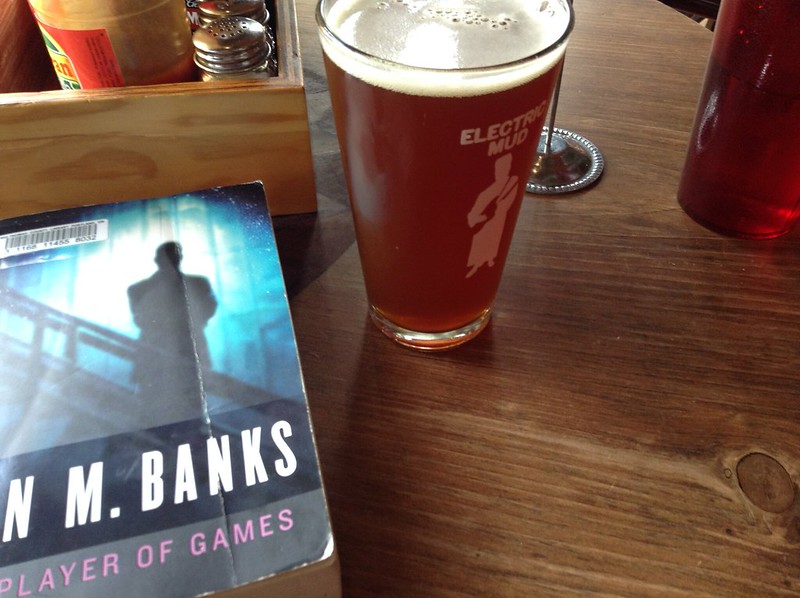 Still, sometimes I forget my lunch. This always irritates me, because there’s perfectly good food that I made that I’ve denied myself access to, until dinner. PBJ sandwiches get a little stale after eight hours.

I might as well make the best of things. Fire On The Mountain has been making their own beer now for at least three years but I never go there to blog, since it’s not really a bar and seating is often a real pain in the ass to get during my regular drinking hours. So let’s sit down and have a beer!

I had the Red Hornet fresh hop ale, with a grassy nose, caramel middle and muted bitterness in the finish. The fresher qualities of the hops were allowed to stand out but nothing overpowered the beer at all. I thought it was a pretty decent example of the style; at least, I’d totally have another one.

Except it’s lunchtime. I have to go back to work. Damnit, I knew there was a reason I didn’t go out for lunchtime beer.

(as written at the Deschutes brewpub about 15 minutes ago)

“I’ll have a Pink Lady”-how often do I get to say that? And it IS pink, as if a marker was dipped into the beer- or in this case rose petals for dry hopping. I’m told that dry hopping adds to the nose but damned if it doesn’t have a mouthfeel like chewing on rose petals. This place tends to distract me; I came in hoping for the anniversary stout, and then attracted to the lager I make a beeline for the Pink Lady.
But Portland is humid and this crisp, cool ale stands defiant to it, like the gang; full of spitfire and bright color to stave off the mugginess. I can see her, standing with a hip cocked away from me and the pink jacket, rolling her eyes at the sky; what, ya gonna pay attention to that or to me?
Malts stay through this beer, winking at me before disappearing to the hops, a roasty moment amongst floral and Janice Joplin sings.
If only this place has less TV’s and more windows into the brewery, it might be perfect.