I have come back to Baileys because after six days in New York City, I still feel untethered. Very slowly have I been getting my PST legs back, because I hit the ground in Portland running with activities every night, including this one. Granted, this activity is a grounding act for me because I get to sit alone and write but it’s not staying home and playing Batman: Arkham Knight in my underwear all day.

It’s crowded enough when I walk in that I can’t sit at the rail. Bizarrely, there are, for once, available tables! Why should I ignore such a gift on a night where my very presence in the city feels unmoored? The barkeep suggests a few things and I go for the Hard Knocks Riveter Red Imperial ale. 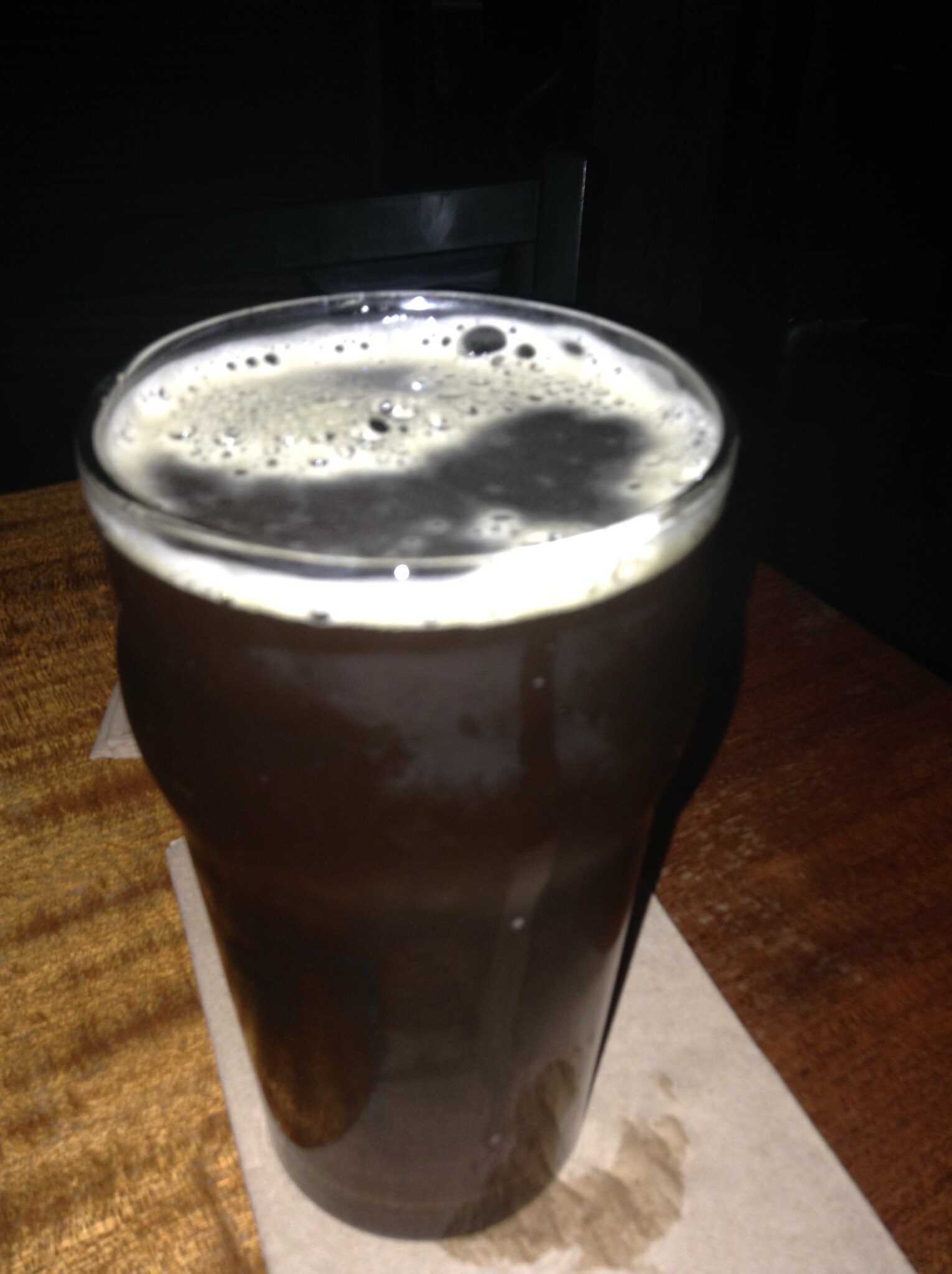 This is a malt forward beer alright, with that “I’ve just had something sweet” sourness that burrows up long after the beer is done. As though I’ve had chocolate, you know? But that isn’t a knock; just an acceptance of malt forward ales. Before that, there is a nice hop bitterness that appears-Columbus and Crystal, the menu says, and the citrus element does a nice job of complimenting the fruity sweetness of the beer.

I have walked into a birthday party that is collapsing as I write, the participants closing their tab and arranging their posse home as I settle in. Then, suddenly, the bar is nearly empty. It feels like a writing paradise instead of a bar, just for a moment anyway. 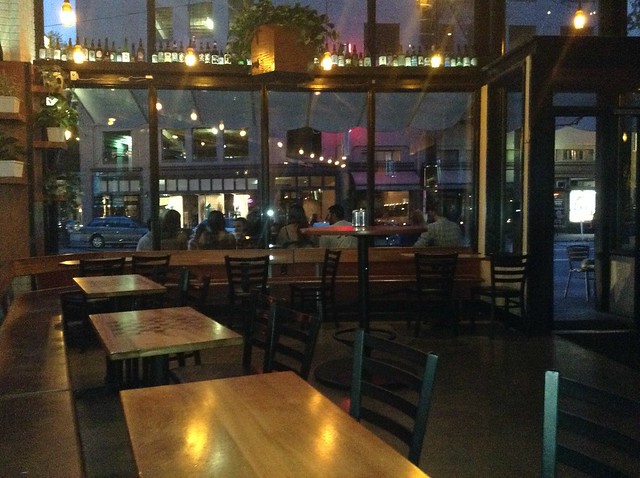 I feel like laying down on a bench and sleeping here. Wake me tomorrow at opening and let me start my day with some nachos from across the street and a beer.

Because this feels like a new place now. Like somewhere I’ve never been. All of these beers I’ve barely or never had. All of this space all of a sudden. Everyone outside, me inside with new but old  hideout.

An hour later, the place is packed again. Standing room, lines for a beer. I can’t sleep on a bench here; that would be incredibly rude. Better head home. I own a bed there.