As I mentioned on Monday, I was the head steward for the Oregon Brew Crew’s Fall Classic competition again, which had somewhere around 330 (but maybe even 360!) entries for judging this year.

And once again, I stole the best of show stewarding for myself. I hustled a picture while the judges plowed through the twenty-five best of show entries, starting with a creme ale, which the judges liked on first impressions. And second.

But as the styles got whittled down, some due to obvious flaws (diacetyl being mentioned more than once) others because the judges had to start cutting things down (a beer sparged with donuts could not find a champion)…the creme ale found itself cut.

In the end, nits were picked as I listened to a discussion between an American brown ale and a bock. Once again, I was impressed by the judges’ ability to talk about the beer itself, separate from their style preferences. I did my best to remain impartial but as a fan of brown ales, I was pulling for it (although both were delicious). It’s hard to root against a beer that’s delicious and that bock was quite tasty.

I took a picture of the Best of Show round for the OBC Fall Classic, where I was the head steward, so people can see what that might look like. 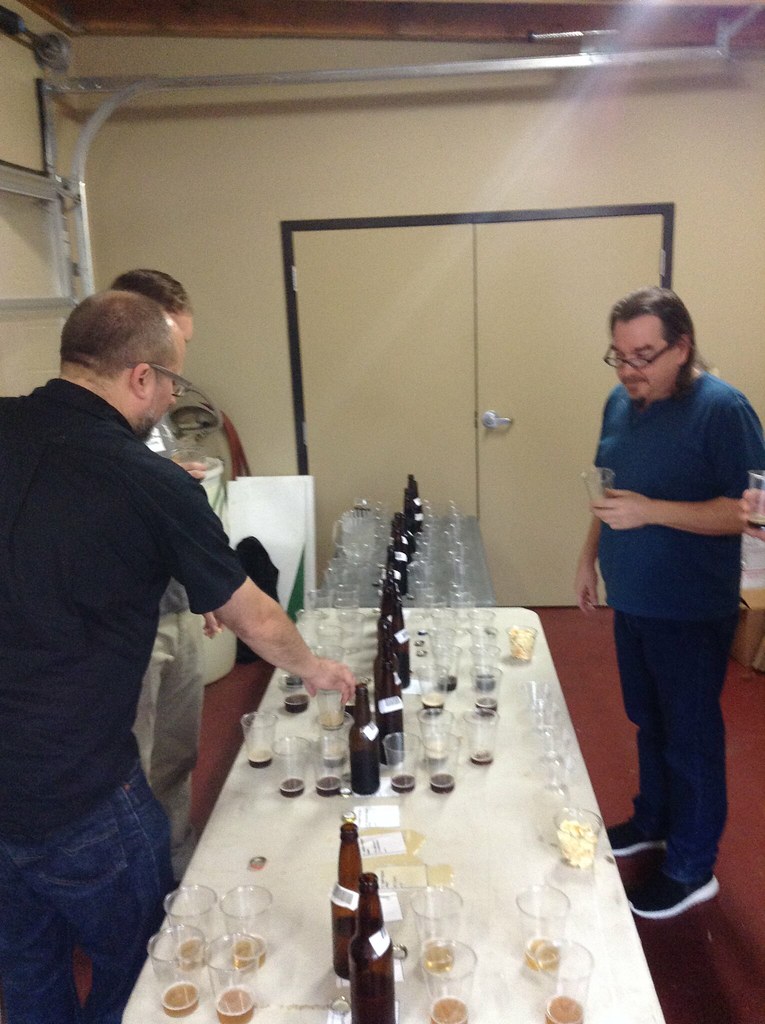 As I’ve said, the best thing about being the head steward is getting to watch the judges at work on something like this. They’ve already eliminated a few beers at this point; there’s a spill on the table where I hurriedly tried to clean and didn’t quite make it.

The thing I noticed this year was that as the beers got whittled down, discussions of ‘politics’ started to come up. Eventually, the final four beers were a rauchbier, an American brown ale, an IPA and a rhubarb wheat. The rauchbier was soon given honorable mention and the rhubarb wheat ale, after much deliberation given best in show.

But the debate between the second and third place was where the meatiest conversation happened. There was a push to reward the brown ale because that style is so poorly represented in the market. Yet they are really tasty! It’s a bit like having a band that you know should be more popular but just cannot capture the public interest.

At the same time, while the IPA was superb there isn’t a place in America where you can go and find yourself bereft of IPAs. Awarding a high profile style a high profile award felt redundant.

In the end, the judges felt that the brown was just a nudge off from style and the IPA was so well done that they just couldn’t ignore it. Still, I was really happy to see a brown ale go so far; the beer was incredibly good!

Of course, every beer that they rejected for best in show had still won the best beer in their respective category so they were perfect for these amateur beer judges. 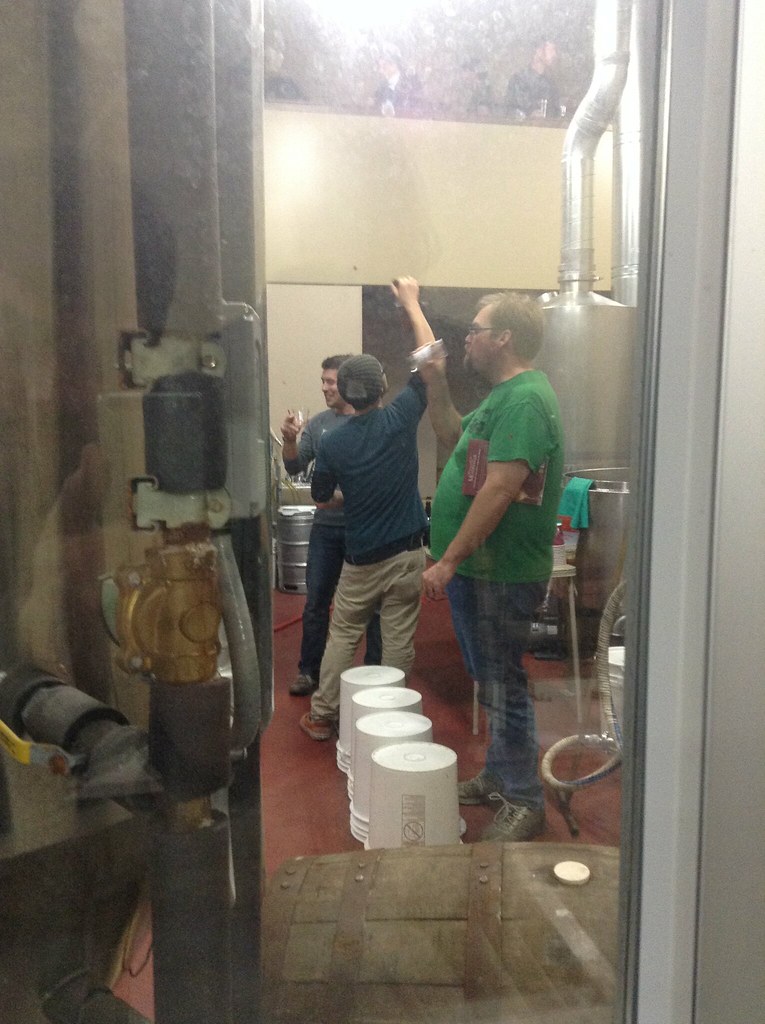 That’s a not-awesome picture of some of the stewards who helped out during the day, getting to try some well-deserved beer after all their hard work.  I appreciate all the help I got: I certainly couldn’t have made the event work without them.

The picture to the right shows a BJCP Grand Master ranked judge, BJCP National ranked judge, and former head of the OBC judging the Best of Show for our Fall Classic competition, which I was the Head Steward for.

This was a bit like getting to listen in on Bruce Lee and two Jedi talk about self defense philosophies.

While I fully support having a sense of humor, especially dark humor, I hope the people at Fargo Beer Co. will forgive me for hoping to see the brewing process of their Wood Chipper ale, before trying it.

Just, you know, given the pedigree of the name and all….

Also the OBC’s Fall Classic is happening this Saturday and I’ll be helping out with running that event. Or judging. Or something; I’m not entirely sure what I’ve volunteered to do but I’m sure it’ll be fun!