Here we go:
Head is steady and very white. It’s not thick, but it keeps the layer of foam on the beer throughout.
It’s got nice malt nose, too; not strong enough to be called grainy or bready but notable.
The flavors are excellent, to me; the malt is there and the bitterness on the finish isn’t intense at all. The carbonation really picks up the slack when it comes to clearing the palate.
It’s nice to know I can get beers like this made; no, it isn’t perfectly clear but it’s still bright and, as the kids might say ‘crushable’. I think one could easily put away a few of these at a time easily.
Brew date: 5.25.20

So, after that last cream ale, I thought I’d try it again, but without the crazy alcohol.

The nose…isn’t bad but there’s something suggesting that I’m off a little. A very subtle hint of something sour. Maybe like bread yeast but definitely not appropriate to style.

That same flavor comes in at the very finish of the beer, a late guest to a party that just ended.

It’s a bummer, because I really tried to get this one right, after such a simple mistake.

Because it’s fairly clear, and pretty crisp. The malt does appear but it’s not overwhelming by any means and the ABV is far, far closer to what it should be, as opposed to my last effort.

However, it doesn’t quite finish clean and that throws it off. It’s not undrinkable. but I’d have difficulty promoting it to someone else. 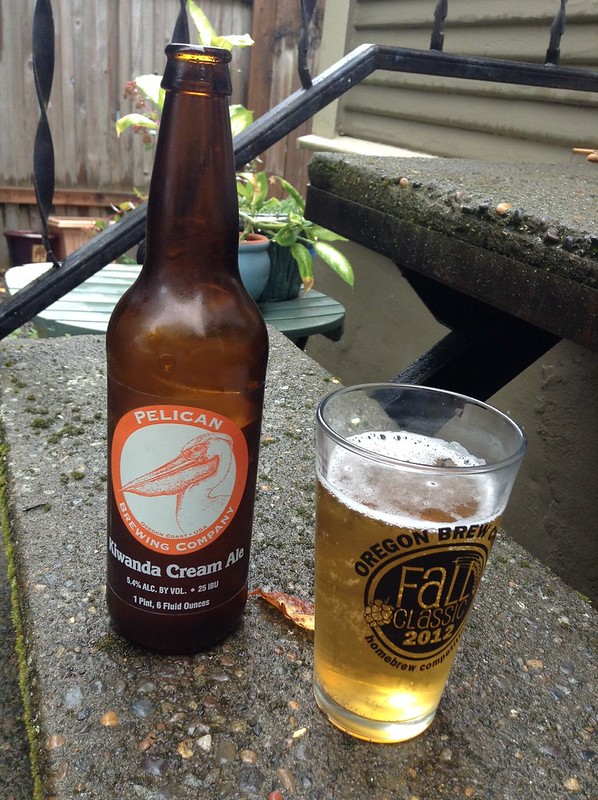 I’ve had the luck to experience both Coalition Brewing and the Beaker and Flask in the past few weeks (blaming/thanking friends for pulling me out.) Brief impressions are as follows:

Beaker and Flask is more a cocktail place than an beer joint. The cocktails are wonderful though-the sips I had off of other drinks were very, very tasty. I settled for a brown ale-by whom I sadly don’t recall- and a Hale’s fresh hop ale, both of which were served well and I’d consider having another. The food was well prepared-spicy but not hot, flavorful but not overwhelming-and the service was very good.

It’s spendy though. Not saying it isn’t worth it, just know you’re opening the wallet when you go.

Coalition on the other hand was a bit more reasonable and is a beer joint. Which I suppose anyone paying attention doesn’t need me to tell them. The food wasn’t bad but didn’t stand out either, although my companions seemed to enjoy their meal more than I did mine. However, the Wu C.R.E.A.M. was very good and I really, really dug the name, my co-diners liked the Maple Porter and I liked Bump’s Bitter ESB-however I wasn’t able to give it my full attention.

I’m looking forward to going back and giving it some.