So as I meant to tell you last week, I went to Nevada to visit my Dad and he was kind enough to indulge a shopping trip for me. I looked around for beers that were specifically from the area (Nevada and Arizona) in order to try and (briefly) review. 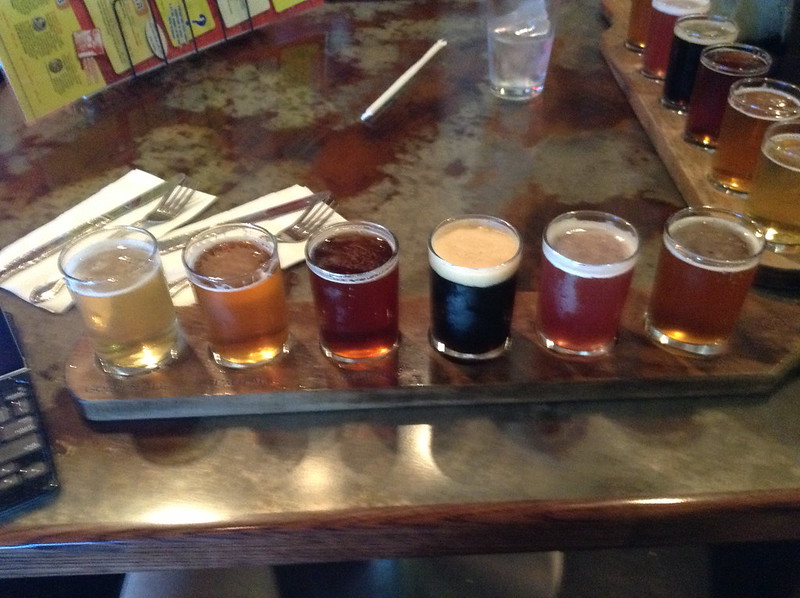 But first, we found ourselves in Laughlin, where a casino there had a brewpub of their own called Pints. We got samplers and while I did take notes on the beers, I think this exchange sums it up best:

“So, you think anything here is worth getting a growler of?”

So let’s move on. 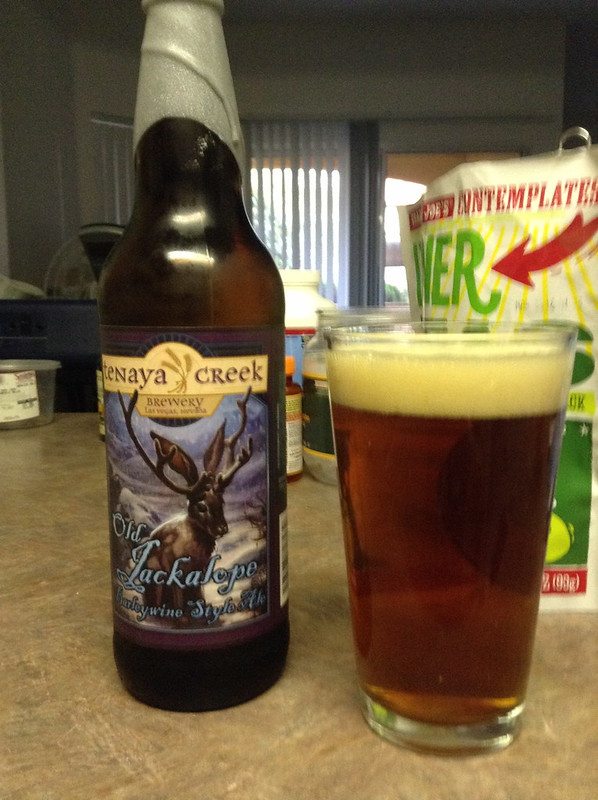 Tenaya Creek Old Jackalope barleywine. Really great nose; almost burnt caramel, that smokey sweet quality I love about this style. Beer is interesting. It’s got a dry finish that I would not have expected. It’s not subtle, and it gets bitter fast. A release date of 1/21/15, written on it by hand. That’s kinda cool. But that bitterness coupled with the dryness makes for a rough ending and I’m not sure if I can recommend this or not. Given that it was released in January, it’s possible the beer is a little old.

Joseph James brewing Hop Box imperial IPA. Pine tilted nose. A little soap, too? But I’m enjoying the beer. It’s not as intensely bitter as the Jackalope and while there isn’t much malt in the middle to give it some body, it’s tasty and something I could totally drink with a pizza. 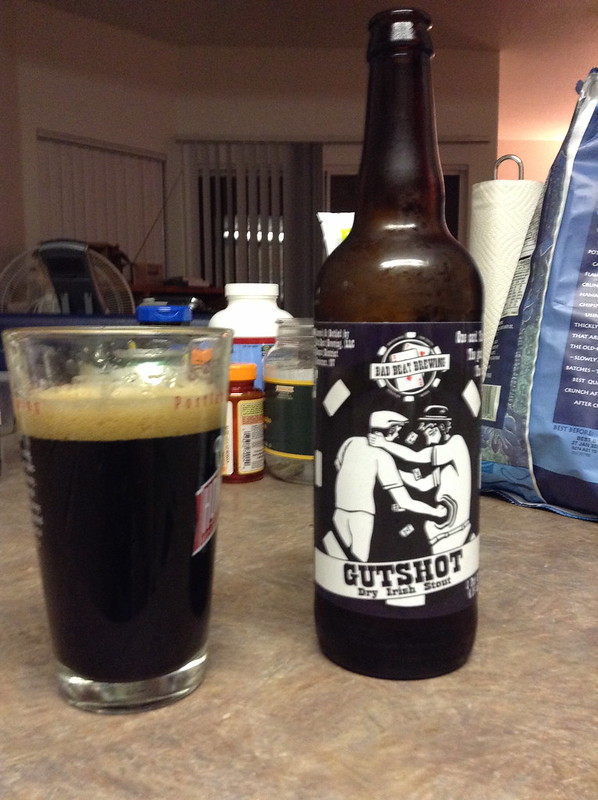 Bad Beat Brewing Gutshot irish stout. Mild: that is, coffee, chocolate flavors, not overwhelming. It’s drinkable and light enough to go well with my leftover mexican food. There is a nice sweetness that makes it really tasty. More please.

Odell Brewing IPA. (OK, so I stretched out the geography a little at the end. ) Citrus nose and a…unremarkable IPA? It isn’t outstanding but while I’m enjoying it, I can’t say it’s standing out.