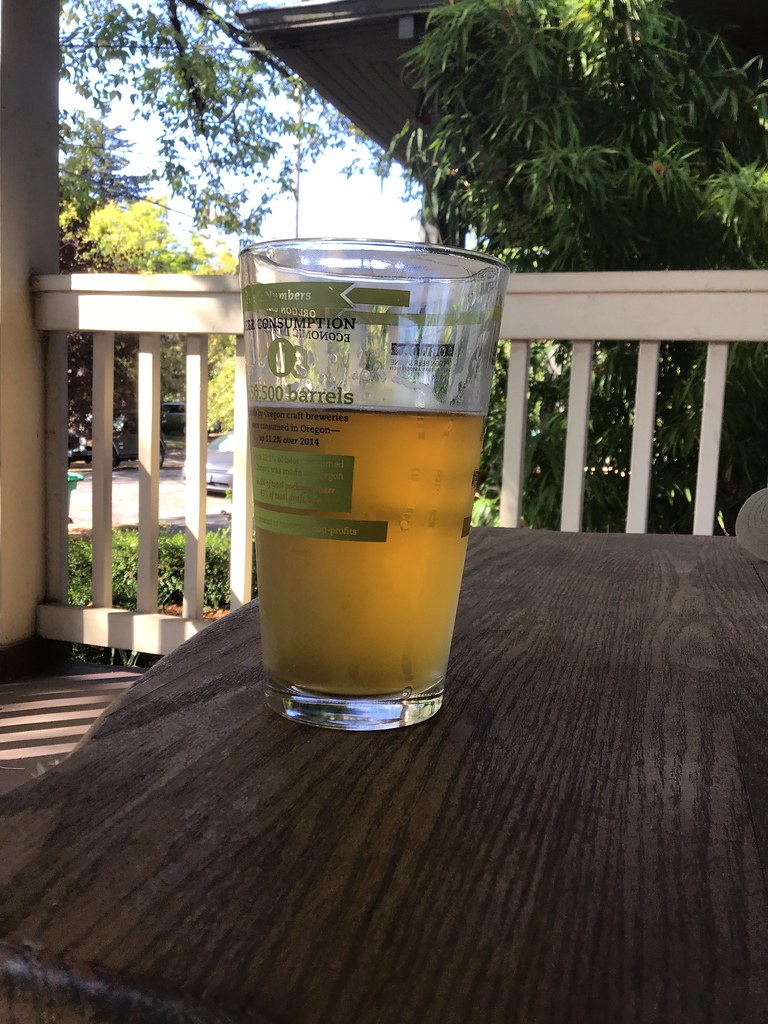 Urban Roots and Allegash did a collaboration: Virtual Connection, a Belgian pale ale.
The nose throws off some heavy Belgian yeast; a bit of clove, a little spice, but overwhelming, too. It reminds me of the tripels or quads that I’ve had-beers that are so sweet they might be considered sickly sweet by some.

Virtual Connection plays into that a little bit-this is sweeter than I would expect a standard pale to be, with a very strong banana flavor. near the end. It has a crisp finish though and some finishing bitterness, too.

It’s…interesting, but I don’t see it coming together. Breaking the Connection down gives me a sense of what’s going on, but the beer doesn’t come together to make more than the sum.

I’d walked to NWIPA to get a can of this (the can had a cool design), because I like walking around. I may have mentioned it but I think that you can only get a sense of your surroundings if you walk around in them.

And it is impossible to ignore the homeless. The numbers have gone up in the past few months, and the camps where they stay have become more fortified. Piecemeal, but still put together with the notion of permanence.

There will be reports that tell you that America is fine. that everyone is better off.

But walk around. See for yourself. Portland isn’t unique, despite whatever quirky marketing bullshit you might’ve seen. Are WE really better off? Or are THEY better off, insisting that you see what they do?