I had such a nice time at the Beer Bunker last week, I thought I’d come back. Also, it’s on my way to a party and I need to pick up some beer, so I can kill two birds with one stone.

I gently interrupt a patron watching the Timbers game to ask what she’s drinking. She distractedly fingers a small bowl of popcorn as she tells me.

It’s the Hunter of Shadows, a Cascadian Dark Ale by Montavilla Brewing. While I like most of Montavilla’s offerings, this one is a no for me. Chocolate and pine just don’t blend and I’m not sure why people keep doing that. Clearly someone loves this flavor pairing though.

While I’m pondering this beer, the woman I’d asked has a conversation with the bartender; apparently the barkeep’s mom brought in a large bag of popcorn and soon a discussion about how to make great popcorn is under way. According to the barkeeper, you use the bacon splatter guard for that, and use coconut oil (cannabis infused if you’re into that) to make your popcorn.

“We bake our bacon now, right?” The bartender says. “So use the splatter guard for what it helps: popcorn.”

The pub explodes as the Timbers break a 1-1 tie, 70 minutes into the game. I’m startled at the noise-I forgot what a big deal the Timbers are here. Unless you are in the presence of sports fans, it’s easy to forget how intense they can be. It doesn’t take long for things to get back to their standard susurration, though. If I didn’t know better, I’d almost say they weren’t watching the game at all, they seem so engaged with each other.

Then the Timbers score again and I realize it’s only me who isn’t paying attention.

I’ve read more than a few stories about how macro breweries are becoming more energy and water efficient; it’s something I like to give them credit for. Some problems are just the kind you throw a bunch of money at to solve.

However, these things are happening on a smaller scale too, as this story illustrates (and I like to highlight those too).

Of the things I thought I’d ever have to worry about, exploding beer cans is not one of them.

But the linked article provides an interesting overview of the subject and is a reminder that with all the innovation that’s coming through the brewing industry, caution is also warranted. Not just because of off flavors, but because of what I can only think of as unforeseen consequences.

Consumers just do not have a reference for beer exploding, even if there are warnings on the can. That’s a whole new pickle to try and solve-and I have to ask: Is it even worth trying to retrain customers like this?

The Beer Bunker is never as populated as I expect it to be. I’m not sorry that there are places to sit and that people apparently haven’t caught on to a pretty well curated and very Oregon-centric tap list, so don’t tell anyone about this. I like it low key.

A man at the rail is playing chess on his phone so I gently interrupt him to ask what he’s drinking. He double checks with the bartender and tells me, “The Belgian Blonde ale,” made by Mazama. 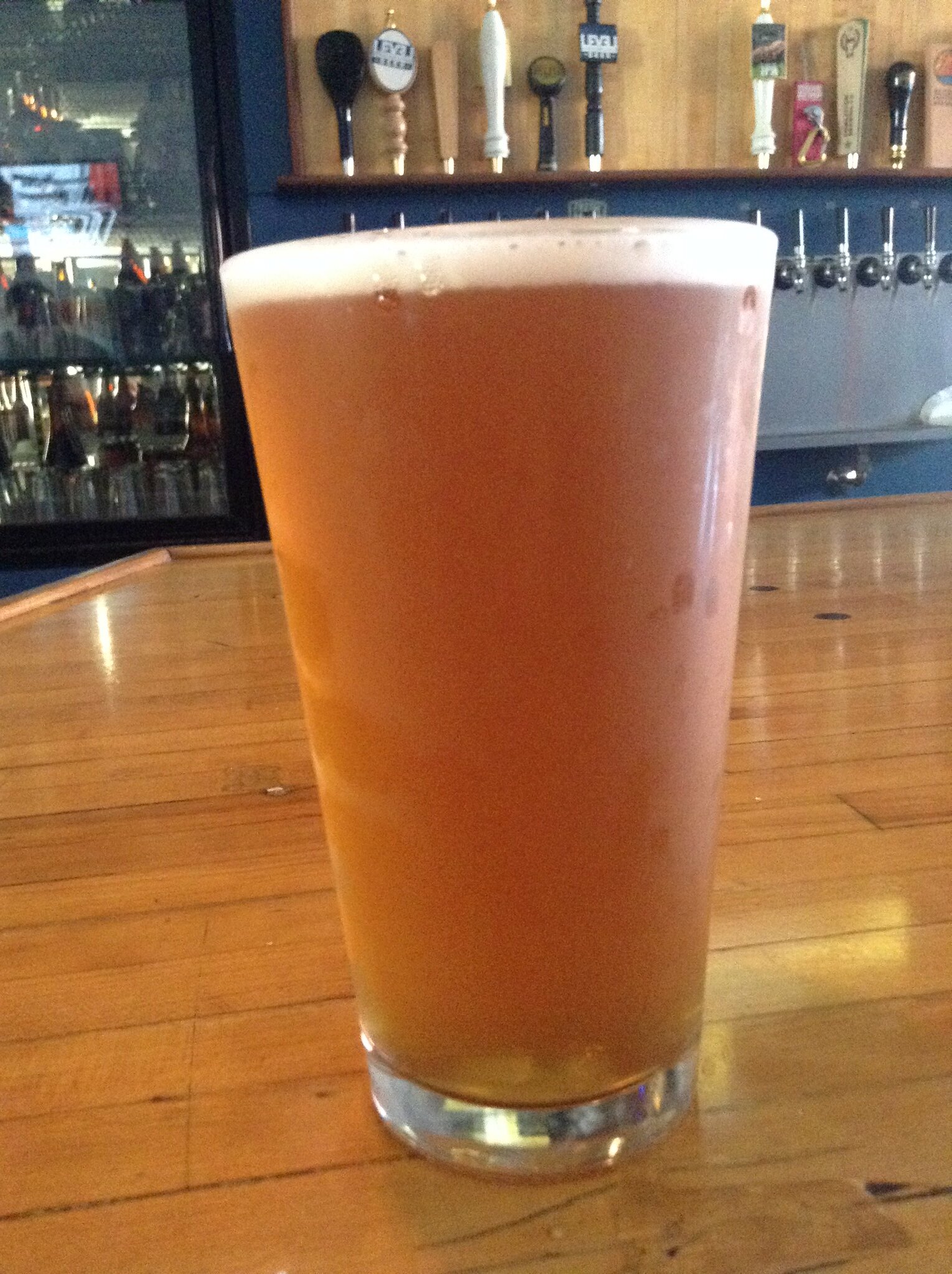 “But if you’re in the mood for a stiff one,” he advises, “the #20 (Cloudy with a Chance of Strata IPA from Stickmen) is really good, and the first one (Fresh Hop Triple Double IPA from Storm Breaker) is decent but it’s a little bitter on the end.”

I thank him, but I stick with the Mazama for now-especially since the bartender is already pouring the beer as I get my second recommendations.

The nose has that Belgian sweetness-the nose is almost something I would expect to get off a dubble ale and it stops just short of cloying but I can pick up that banana-quality. The flavors are definitely overrun by that Belgian yeast, too. This blonde is a bit chewy, a bit sweet and finishes with a spiced quality that helps give this some dimension.

There isn’t is much in the way of malt flavors though, which I would expect from a blonde ale. Not that I can be that upset; Belgian yeast qualities are strong and the fact that they’ve taken over this beer isn’t a big surprise. I think I might enjoy it a little more if it was a little more restrained.

The gent next to me is soon distracted by a co-worker and casually eavesdropping on them I understand two things really quickly; this man is likely some kind of housing contractor (quite likely an electrician) and he’s about to get on his weekend. He’s not annoyed that he’s having a work conversation-nothing in his tone or body language suggests this. He actually seems eager to deal with the problem his co-worker  has brought up, in the way I like dealing with puzzles in games.

He wraps up, but doesn’t conclude his story with, “And that’s my whole job. Not to use your name but, if I can make the Chads in the room feel better, then I’ve done my job correctly.”

“For example, if my friend here,” and he puts his hand on my shoulder, then asks my name. I tell him, he extends his other hand and we shake, “Peter,” he says.

“If my friend tells me ‘I’ve got four outlets that aren’t working and three are in the kitchen but one is in the living room’, I don’t need to take the living room one apart. That way I can solve the problem quicker!” Peter says.

“Which is what I’m hoping for,” I say, “because I don’t know anything about this stuff.”

“I did solve the problem,” Chad says, a little dejected.

“Well that’s what matters!” I tell him, trying to be encouraging and Chad gives one of those side-to-side head nods, clearly still feeling a bit put out.

“But what I’m trying to do is give you a better way to solve this problem in the future,” Peter tells him kindly, and I let them get back to the conversation, because I gotta go meet a friend.