Also, because I know that one of my friends or family will see this and forward the story on to me*, I just want to get ahead of the curve.

There’s a heavy metal band called the Trappist and they’ve just made a beer-themed album.

I don’t know if it’ll be good, but so far it sounds at least modestly silly and I can get behind that. Maybe I’ll do a little review after it comes out on August 4.

*I really appreciate those people forwarding me thing to write about! 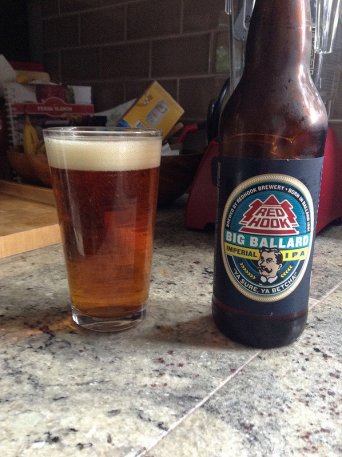 Now THAT is a hop nose. Like opening a bag of Amarillo, I think: piney and pleasant. The head lasts, too, so I can pick up that nose through the entire beer.
The middle is a little odd, since it seems to be missing. This beer jumps right into a peek-a-boo from caramel malt, shouldered aside by some floral tastes before the effervescence sweeps most of this away and leaves the hop bitterness behind.
It’s a solid beer: the lack of any midrange flavor really keeps it from being great. At 8.6%, I’m genuinely surprised there isn’t something there for me to grab on to in the foreground or the middle. The density is nice but there isn’t anything to wrap my tongue around. But I am OK with drinking this and just being happy with a beer. 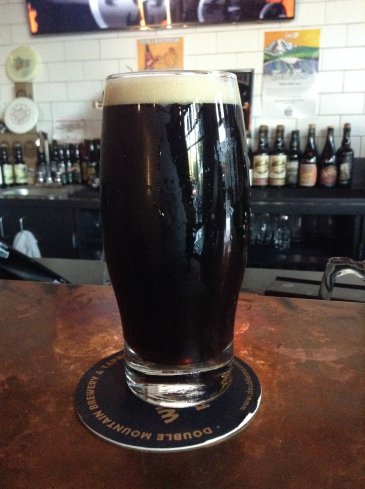 At Hoplandia, the man on the rail grumbles “Schwarz–Heater Allen,”  while giving me side eye from his phone. He’s got his thing and it involves the phone and the Mariners game on TV and not strangers who ask him questions. That’s alright: the couple next to me is having a discussion about glitter beer, which apparently is a rising trend. I can’t say I saw that coming but…glitter beer.

They’re getting their beers to go so the conversation is short, which leaves me to the Schwarz itself.

The nice thing about Heater Allen is that they do solid beers. Doesn’t matter that I’m not a huge fan of schwarzbiers; it’s still drinkable.

The other TV at Hoplandia is showing episodes of Samurai Jack and it seems to me that there are worse things to have to deal with than writing and baseball. I like this spot; it’s low key with a decent selection of beer, both on tap or in the bottle.

The bartender is a chatterer; he and the fellow I got my beer selection from talk it up ; apparently one of them is about to be a new parent, the other a two time dad. I decide to wait and see if this place develops some character.

Eventually, other people stop by; someone who wants a cider while waiting for her pizza, the other with her dog, because dogs are welcome damn near everywhere in this city. I can’t fault that: It’s usually a pretty good day when I get to pet a dog. The bartender seems to know half the people who walk through; once again we’ve got a local, instead of a destination, and I’m starting to understand the difference.

I’m struck by little I know about the city; it’s huge and I have only seen so much of it. Every adventure into it can’t always pay off, but more adventures should definitely be taken.