Some of you may remember when I talked about a new, sustainable grain being used to make beer at Hopworks and, while it took some time for me to get there, I finally got to drink some. So let me tell you about…

Long Root Pale ale, first impression; little bit of pine? The aroma isn’t strong and I’m having to repeatedly get my nose in there to get anything.

But there’s nothing wrong with this beer. Regardless of being made from a new kind of barley; the mouthfeel has a nice weight to it and a spine of sweetness to keep the bitter finish from being unbalancing. If this is the future of beer, then everything is going to be just fine.

I was fortunate enough to have the day off, so I went down to Bailey’s early to grab a seat at the bar and get my duties set up before night time. It’s always best when I can prepare.

Amusingly enough, the web-based app that they use to display the menu had gone down-technical difficulties beyond anyone’s control. I made a decision from a paper list that didn’t give me all the information I wanted. Fortunately, Bailey’s staff was more than knowledgeable about what I should order.

Which is how I came to get the Breakside 4th Wave ale, a strong ale with 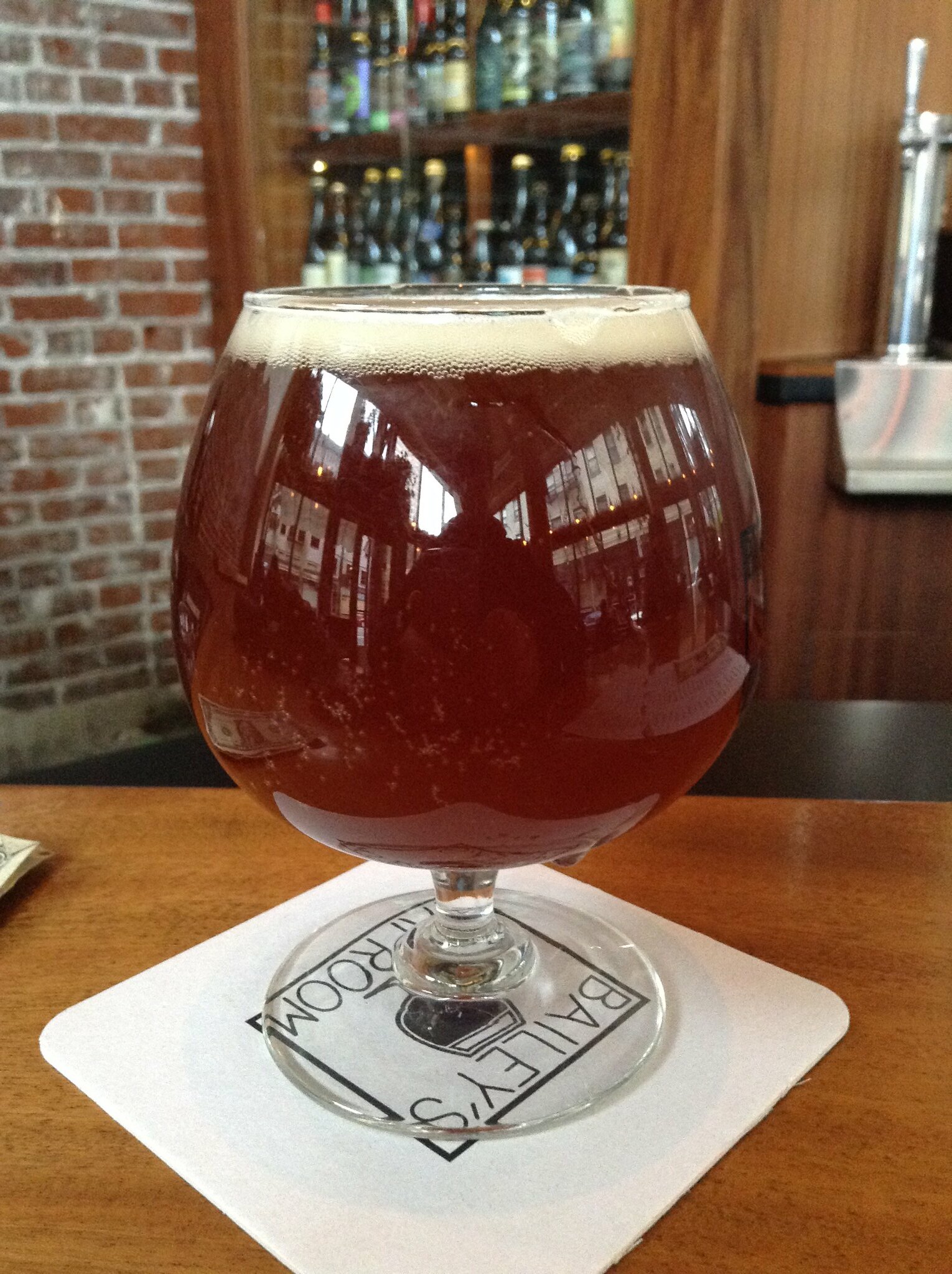 coffee kept in bourbon barrels. It’s a very nice beer. The coffee flavor arrives first, both in the nose, then on the tongue, on the roof of the mouth. It settles briefly before letting the bourbon flavor offset it. I like that balance. What’s most interesting is the alcohol warmth that bubbles up after all that, and how this beer makes it work for itself, instead of against.

Usually flavors like that are looked down upon because they brush aside the other flavors of the beer. Here, though,the other flavors arrive first, blow their whistles and make it known: next up is the Big Dog. I’m supposed to taste this, because bourbon. So I’m alright with it.

I’m pretty sure it isn’t ironic that, the day after I put up a blog post where I donate to the Electronic Frontier Foundation that this story about the Republicans wanting to gut net neutrality* rules ASAP appears. Essentially: we have a utility in this country that everyone needs if they want to have access to what America has to offer, and net neutrality is one of the tools that helps ensure that access to the Internet is affordable.

Internet service providers hate this, because money. But everyone else needs it. Like water or electricity or telephones, Americans now need access to the Internet and if there isn’t an affordable baseline for everyone to have proper access, then that’s a problem. Because that means that “certain people” (read; the poor, minorities) are now “exempt” from American democracy, privileges and access.

Thing is, that is the rising tide that lifts all boats. Not power at the top magically flowing down but an improved baseline standard of living. One that we ensure through law, inspired by the compassion we should have for each other.

This is what we are up against, fellow citizens. There is money and power on one side and the other has numbers and vision. But the only way we turn the power for us-because the money won’t ever be-is to make a vision for everyone and to stick to it for as long as we can.

…the 4th Wave warmed up and it became a little less awesome, with something almost gritty manifesting as it slid down my throat. I’m not sure if that’s just me-it might be-but I think it might’ve been better if I’d had a little less of it. Not much…but a little.

*I should say here that I’ve linked Last Week Tonight’s video for amusement and easy explanation purposes. It’s an older video and since then, Tom Wheeler has been a remarkably good leader of FCC for the American people.