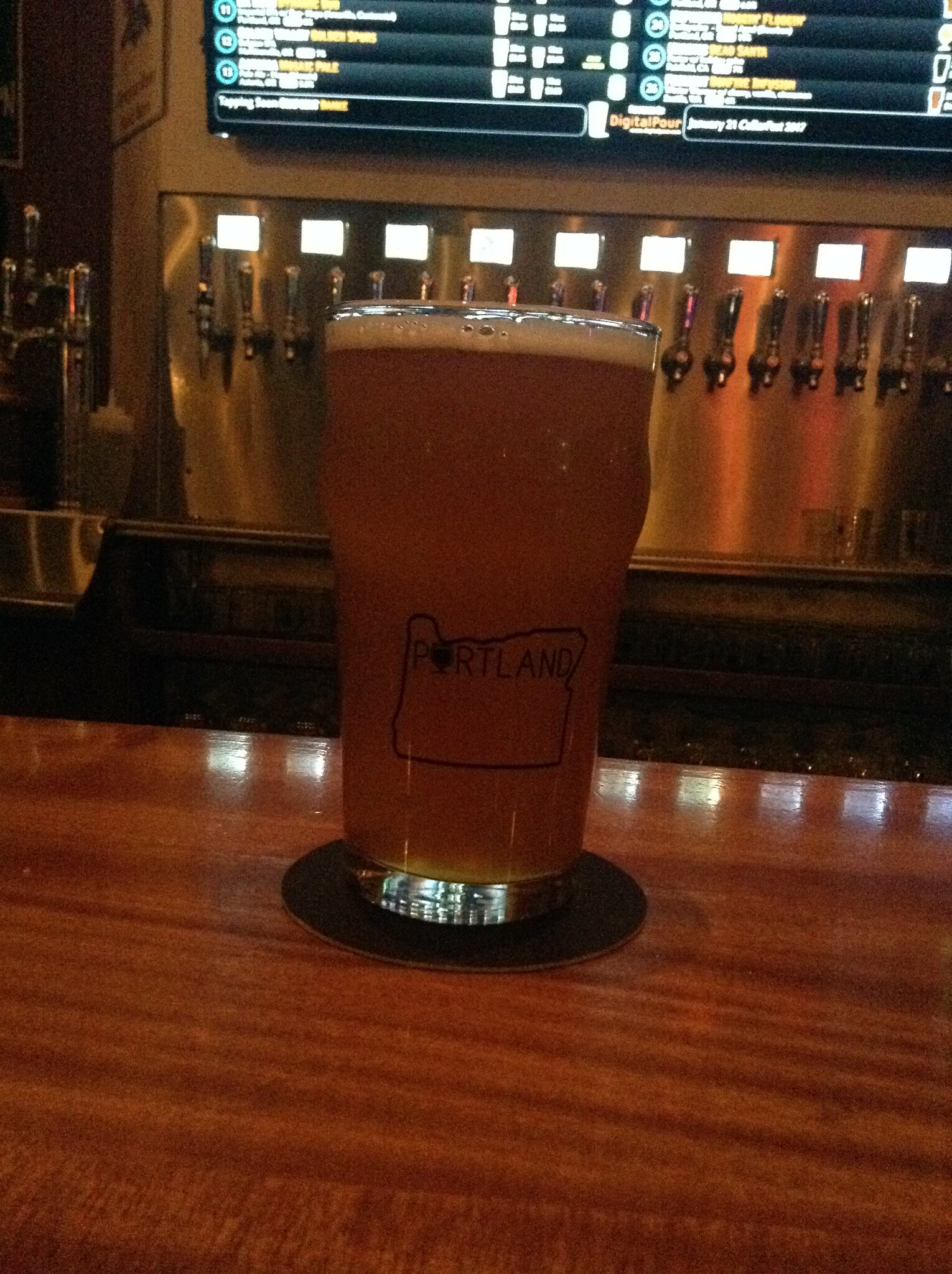 ColdFire Autumn IPA. No, I don’t know what an “Autumn” IPA is either so let’s pretend that word isn’t really there. Unless they mean that it’s a seasonal ale, in which case I’m good with it.

The beer itself has a pleasant but not overbearing hop nose, citrus over resin but a little resin is in there to mix it up. The middle has a slug of malt that rolls over the tongue but it’s brushed away swiftly by the effervescence of the beer, leaving the bitterness behind. It’s a mellow bitterness though, a slow burn. I can’t say this beer has weight to it but it’s not a feather, either. Overall, I’d give it another go.

The phrase means “who benefits” but I’ve seen this attached to a larger comment, “Whenever I see a situation I do not understand, I ask myself, ‘who benefits?'” Sayings like this have been around for awhile-I’ve seen it in French but I’m inclined to believe it has its roots in Italian, due to their long history of banking, coupled with an alternate phrasing of ‘who profits’-however it seems especially relevant now.

Because why would Trump pick the most entrenched, wealthy and least educated candidates to lead positions in government that we have seen in decades? People who have either zero qualifications to lead their respective positions, dubious beliefs leading them to be questionable leaders of those organizations, or have outright hostile positions on the function of those bureaus are being selected to lead them…but why?

John Scalzi said on his Twitter feed, “Because ‘fuck you, that’s why’ is a possible reason for every cabinet pick,” and while that notion feels appealing, it’s also a little glib. I don’t blame Scalzi: while the man is very smart, Twitter is bent towards glibness.

No, it strikes me that what is much more likely is that Trump is about to engage in the far-right playbook: diminish or eliminate every gov’t function that isn’t militaristic, while making as much possible money as he personally can from the position he is in. He’s inexperienced-which means that when it comes to policy, those entrenched in power (Pence, Ryan, McConnell to name a few) are able to take advantage of that, providing direction that he’s unwilling to go against, because he doesn’t want to look like a fool. Plus Trump is arrogant, which means that differing opinions have zero weight with him, even if they come from authorities on the subject. He couldn’t push against authority even if he wanted to, because he’s too steadfast in his own assurance that he’s right, too afraid to be wrong.

More importantly, Trump is greedy: He has a history of trying to screw over everyone and anyone in order to make money and he’s now in a position where no one can prosecute him for his misdeeds.

So: who benefits from the dysfunction of the American government? Trump does, friends of his do.

But do you? Does the American public at large-hell, I’d even accept 45% of them-benefit from the deliberate gouging of the system? Stop and think about it for a moment. Who really benefits from that: the people asking for justice, or those who can afford to deny it?

Maybe it’s time to demand a functioning government. And that means you, as a citizen, participating in that demand. Because if the answer to ‘cui bono?’ is “a dysfunctional system that’s going to fuck us over even worse,” then I don’t believe we should accept that answer. I believe we should demand that things work.

If we’re a nation that prizes work, legitimate, actual work, and I honestly believe that we are, then I think we deserve to demand that something that is built for us, by us, in order to work on our behalf, do just that.

This week’s Second Pint goes to the Electronic Frontier Foundation.