This post almost didn’t happen. After nearly a week of clear skies and higher than normal heat for Portland, Saturday morning I awoke to gray skies and the threat of rain. The whole city went languid; as if we collectively looked at the sky and said, ‘To hell with this’ and decided to just hunker down. Going outside induced a stupor in everyone and it’s effects have lazily stretched through Monday. 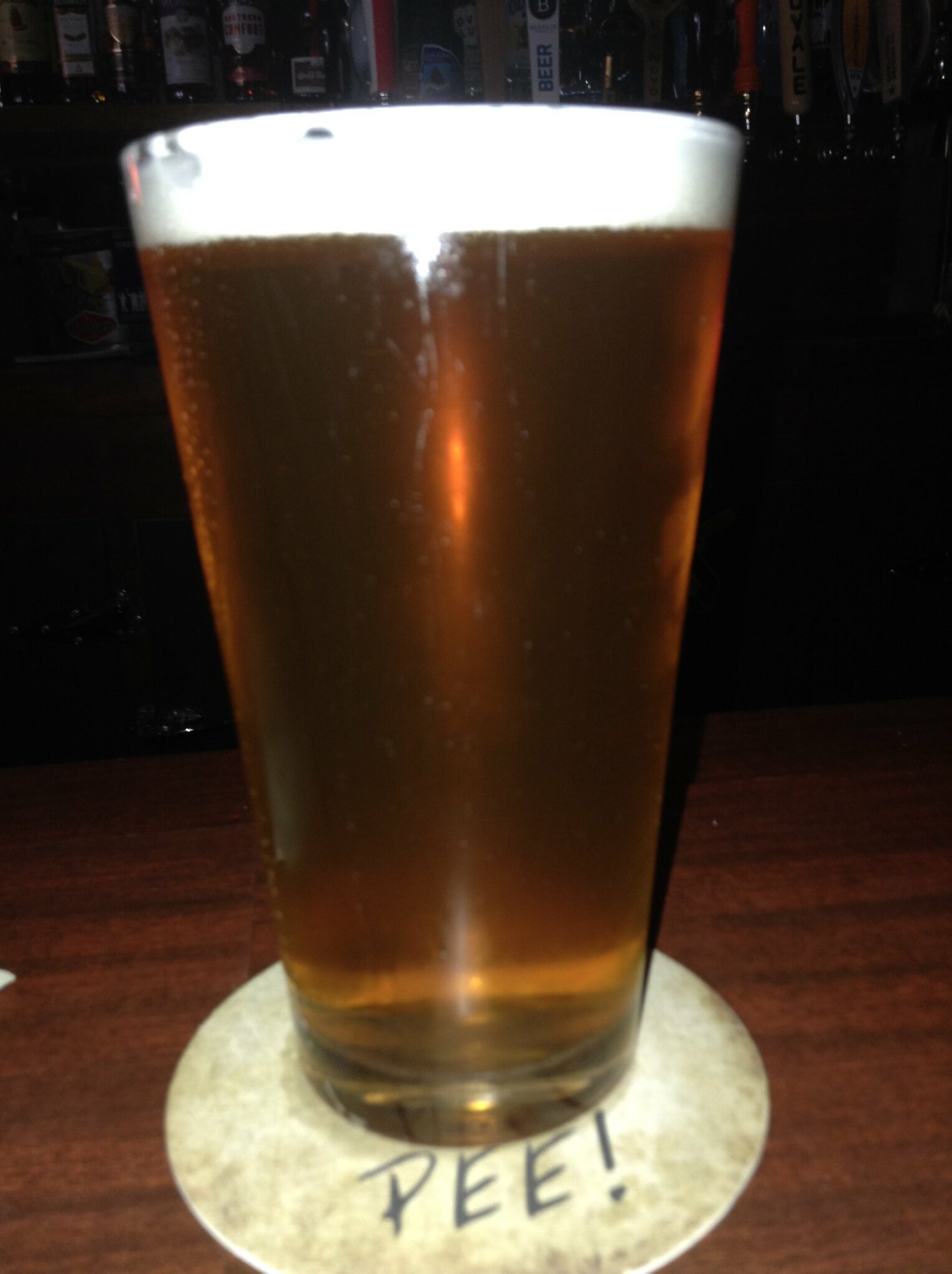 I got a Barley Brown’s Pallet Jack and it’s gone off. There’s something musty in the background of the hops on the nose and the finish of this beer isn’t helping it, either. That dirty flavor is coiled around everything on the end and I’m wondering if the beer is old or if the lines for this beer aren’t clean. It’s not working out well, which is just adding to the feeling that I should’ve stayed home and wrote from there.

It’s dark here, especially with the cloud cover and this adds to the notion that getting out of the house really wasn’t my best decision. Willie Nelson is singing “Just Dropped In” and I’m in no state to argue with that song’s melancholy. The bartender goes into the back and I’m alone in the bar for a moment, so I sneak out, my glass 3/4ths full.

2 thoughts on “On the Rail: O’Malley’s (Barley Brown edition)”