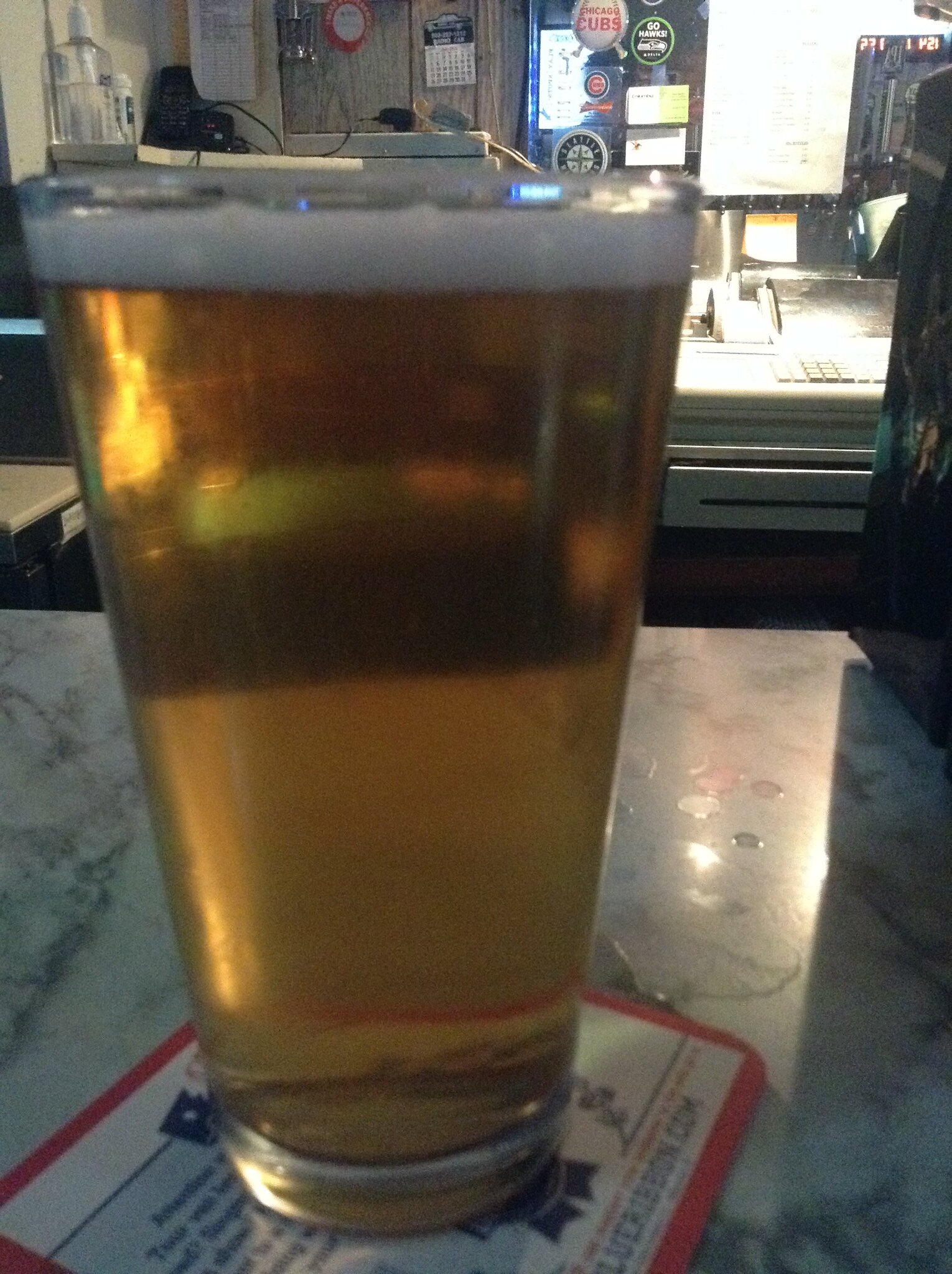 This is one of those dive bars where everyone knows each other and they’ve seen my type before. They’re not even bothering to actively ignore me, because I’m going to leave and never come back, while they have friendships to maintain and lives to attend to. Average age here is probably 53, and it’s worth asking what kind of makeover the bar might undergo within the next 20 years. I can tell that it’s already been cleaned up, because the years of smoking that used to go on here (I mean, c’mon, you just know) is practically eliminated.

Go Steelers on the wall, a sign “we want beer-repeal prohibition” on the paneling, Aerosmith’s Uncle Salty on the juke. Lots of space around the pool tables, which is pretty cool and a surprising number of craft beers on tap.

Yet the bar mirror is covered with March of Dimes donation drive slips, with a range of tasteless and/or inside jokes claiming to donate-Russian Nannies, Wire Hangers, Cliven Bundy, My dad thought pulling out would work-surrounding a Cash Only sign, a sticker that says ‘I killed a six-pack just to watch it die’ and the only source of warm food must come from a microwave born in the early 90’s.

The rail itself is really weird; fake marble that has a real wood border attached, so the countertop is a good inch below where you rest your arms. The wooden border has a groove in it, like a gutter for you to rest your elbows in. Practically ergonomic, you know?

I look around; there’s an older woman knitting something out of yarn-internet points if you guessed that the yarn is purple-, a similarly aged black man in a suit and sunglasses (on a Saturday at 9PM), and a family of three who’ve taken over the foosball game. Everyone has that casual nod of acknowledgement to each other.

I get a Ft George Big Guns IPA which opens with the familiar citrus hop but rapidly decides to go for that soap finish instead of a proper bitter one. Too bad. Because this beer is not good and I’m uncertain if it’s the beer or the bar. Whatever it’s supposed to be, it ain’t even close.

As I leave, Alice Cooper’s Billion Dollar Babies comes up. The 70’s exists so hard here, I almost think I’m in Spokane.