It’s been about a year since I was last at Culmination and at the time, they had only been open for a few weeks. The beer then was OK but clearly the product of a new system, and I thought it would cool to check in and see what may have changed or improved.

I get the Phaedrus IPA. The nose gives a Rocky Balboa punch of grapefruit. There is merely a wisp of head on this beer and the nose is still heavy grapefruit so I’m feeling some trepidation as I start to drink. 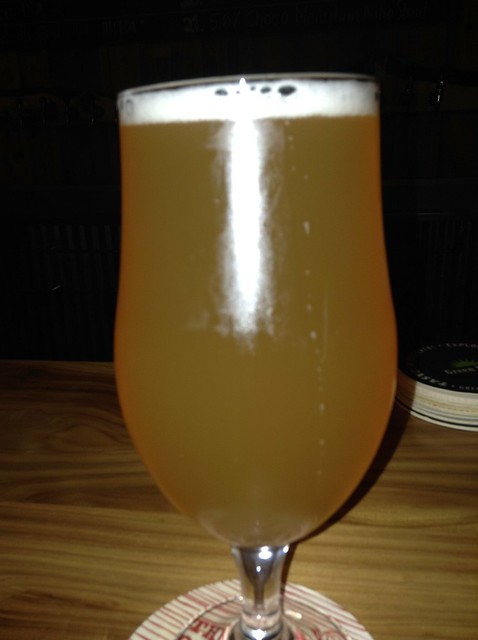 The beer itself isn’t nearly as grapefruit pronounced. A strong sweet flavor is in the body of the beer, so when the hoppy grapefruit notes kick in at the finish, it’s not nearly as insistent as other beers I’ve had.

I’ve had so many goddamn grapefruit IPAs in the past two years, my tolerance for them is in a small percentage. A percentage, I am happy to say, that the Phaedrus falls within. It’s a good beer among a sea of grapefruit IPAs. A year ago, when Culmination was starting up, the beers tasted like a start up. Now; they taste like they ought to and the difference is worth noting.

3 thoughts on “On The Rail: Culmination Brewing”