It was a genuine surprise to me to get yelled at this evening over money.

I was at a party, having a lively discussion-bordering on argument but I was trying to hear the other person-on the presence of Uber in Portland. My position: The service might be good but they were trying to come into Portland providing a public service, without having to serve the entire public-namely, people with disabilities-and that’s not OK. And if they wanted to avoid that, then they should pay the limo licensing fees. Pretty simple. His position: The service is invaluable and they shouldn’t have to serve people with disabilities.

It was around this moment that the conversation went south. In the space of a few seconds, I was being yelled at by someone who doesn’t understand why he, as someone who earns $200K a year, has to pay more taxes than someone who makes more than he does. Or less.

I honestly did not know what to say. My value was being questioned by how much I made and paid to the government. And, even as I was struck with a ping of admiration for someone who could earn $200K a year I couldn’t help but recoil. I will never see that kind of money. I will always be checking my resources, at least mentally, no matter how comfortable I become, before purchasing something.

I don’t want to live like that. I’d like to not worry. But that’s my shit to haul.

I double blinked, pausing to see the clearest path and then I said, “Look, you’re getting very angry and I don’t understand why. So I think it’s best I just back off.”

And he nodded, sneeered and said “Yes,” making a brush-away motion with his hand. Dismissing me as one might a servant. Not long after, I began my walk home. 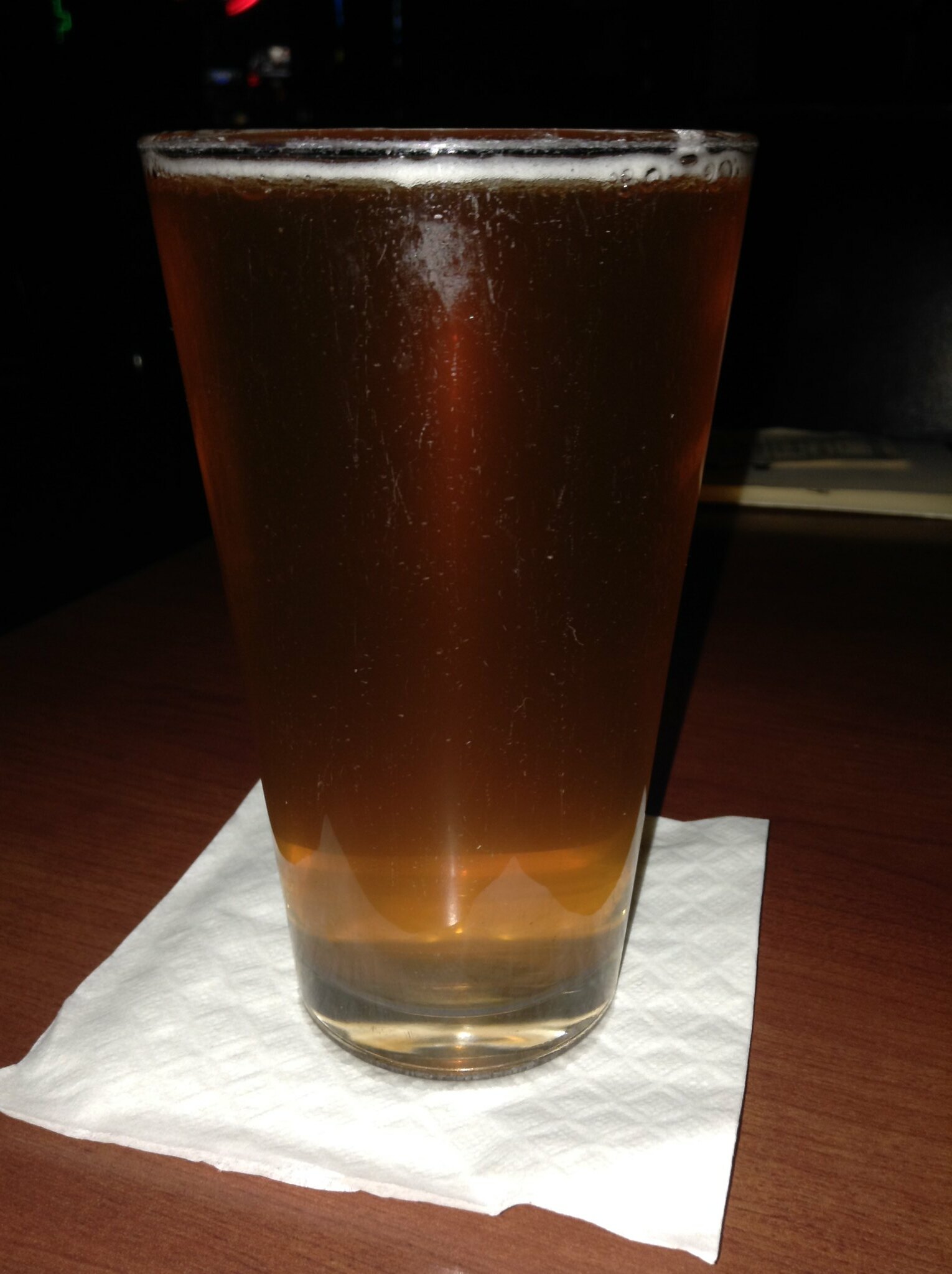 I stopped at the Slingshot on my way, to nurse a Barley Browns Handtruck IPA, some of my pride, and a bit of bewilderment.  The beer has a faint orange nose, sweet but not cloying. Gone now. Bitterness filling the mouth, lingering, not enough nuance for me to be happy.

I can’t find it in myself to be really angry at this person: I don’t know what may have set them off. Maybe I came across rudely.

Yet I cannot understand their position either. They make money that I will never see, yet they are unhappy, hostile to those less fortunate. What happened there to make them so hard hearted? Also; fuck being yelled at for no reason.

It makes my body so heavy, this absurd conflict people have.

2/3 through my beer and I feel a long, long way from home.

4 thoughts on “On the Rail: Slingshot (Barley Brown edition)”