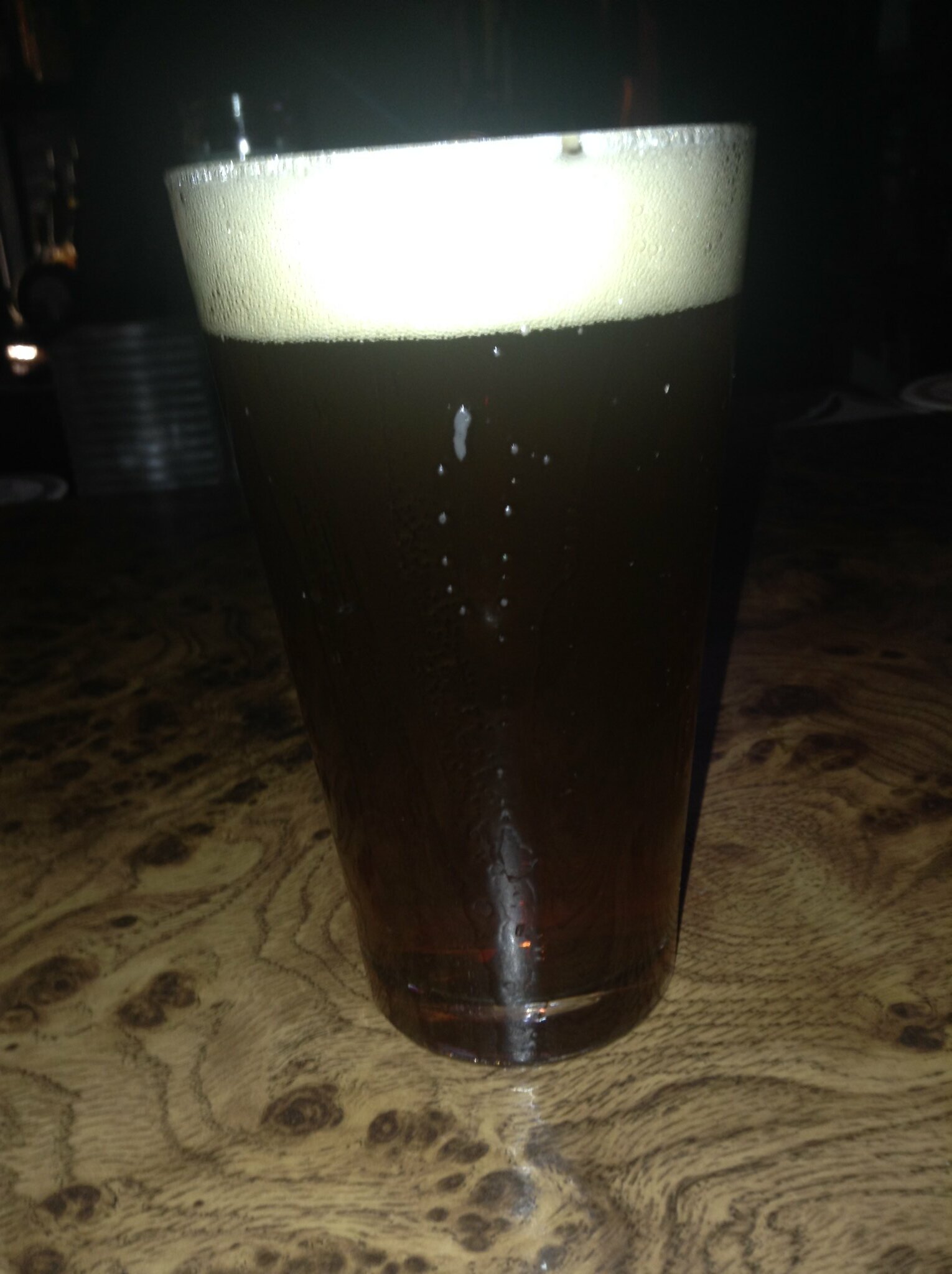 I’m  hunkering down at the Old Gilbert Road Tavern. I’d like to try a new place, get out of the house but something has gone wrong with my neck and it hurts a whole lot, so instead of adventure I am veering for the familiar and easy. Like an injured beast, sometimes staying close to home is wise.

Since the last time I was here, more Bernie Sanders posters have gone up, and there’s a photo diptych of the Mount St Helens explosion, along with Timbers scarves pinned on the walls like boy band posters in a teenager’s bedroom. There’s a host of black velvet paintings and unless I miss my guess the stage is set up for music again, which I think is a Good Thing.

It’s also brighter here, while keeping the soft lighting of a dream sequence.

I have to say, it’s coming along nicely.

As is this beer, a red ale from Buoy. Something vaguely floral in the nose, the mouthfeel is pleasantly thick and and the finish all toasty and which is nice. It’s a really solid beer and it may be the first one from Buoy that I’ve had that I’ve been pleased with. I’m almost considering having another, I like it that much. If I didn’t have so much to do this weekend, I’d most certainly have it.

Someone behind me has gotten french fries. I’ve been a little wary of getting food here; I’ve never been able to smell the food coming from the kitchen and this IS a new-dive place. Food is secondary. But these fries smell good. They may be stepping up their game or I’m hungry and want some fries. No way to solve that riddle without ordering french fries but maybe I’ll save that for another time.

The beer is damn tasty though. Another won’t kill me…