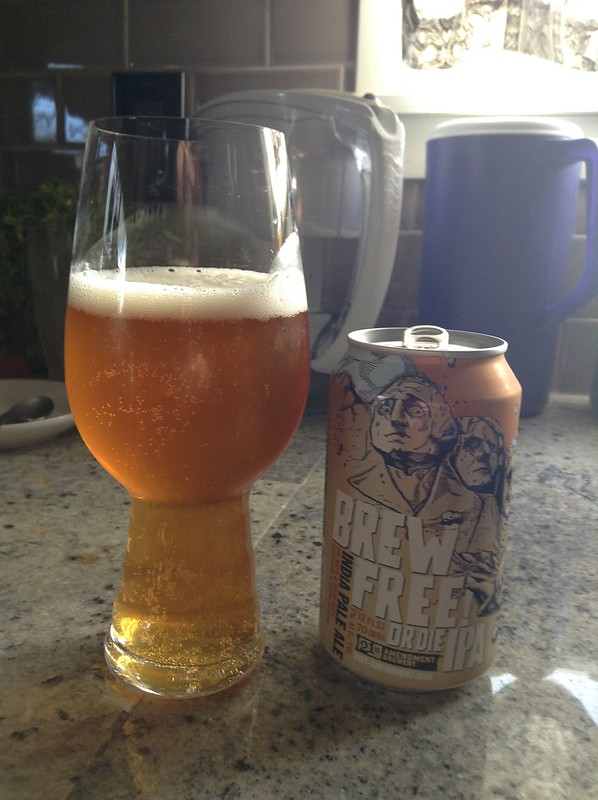 While nobody got back to me from 21st Amendment (I’m starting to wonder if I should hassle these breweries on Twitter, instead of polite emails!) the Brew Free or Die IPA is the beer I see most often in the stores. It’s a little bit of a bummer for me to see so little variety, because I generally like 21st’s beers, even if the styles aren’t my thing-see the watermelon ale.

The nose of the Brew Free or Die has some grassy undercurrents. It’s sweet like fruit otherwise: I want so say something mango-oriented present but it’s not overwhelming.

This sweetness isn’t in the finish though; it’s just a strong bite, the kind that would turn a lot of people away from IPAs. The hoppiness vs bitterness debate kicks in here and I can’t say this beer is balanced at all. The nose is a good one but the midrange for malt flavors is practically invisible.

It’s a solid beer but probably for people who are more well versed in the style and interested in IPAs than for newbies to the craft brew scene. That doesn’t mean it’s bad, it means that the sharper flavor may be a shock to someone who isn’t ready or interested in it.