I have chosen poorly. 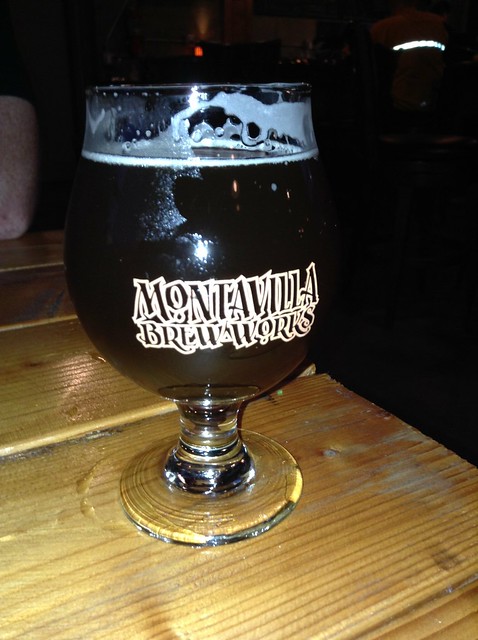 That isn’t the fault of anyone else but me but when I got the blend of ales, in this case a mix between the barleywine and their India Session Ale, instead of one or the other, I got a beer that wasn’t bad but left me unable to really evaluate it properly. I should’ve had the chocolate then the peanut butter, before trying the Reese’s if you get my drift.

Because while I didn’t dislike the drink, it didn’t blow me away. The problem is that I don’t know if this ale is greater than the sum of its parts, if it is a idea that shouldn’t have come around, or if it’s just something that doesn’t work for me.

I’m going to spin this as a positive though: Now I have a reason to come back! There are, surprisingly, very few brewpubs in the middle-outer SE area. And since I live out here, I naturally think there ought to be more of them.

Tonight, I’m not alone; my friends Daniel and Miranda have joined me, and they seem to be enjoying their respective brown and IPA ales. This is a good sign and it means that it may not be difficult to suggest a revisit, either to myself (sometimes I need convincing) or for others (because sometimes company is nice).

What was less wise of me was to say that Breaking Bad was an awful show. I know, I know; but I don’t care. It’s a extremely well crafted show that is about a terrible person who gets worse and over the course of season one throws away all the goodwill it generates towards its central character. There are no dramatic stakes because there is no actual downfall. It’s just a bad person doing terrible things and from the get-go, you know that’s what it’s going to be.

The ensuing debate is lively. That’s what pubs ought to have: lively debate. It just didn’t have a proper evaluation of beer.

2 thoughts on “On The Rail: Montavilla Brew Works”