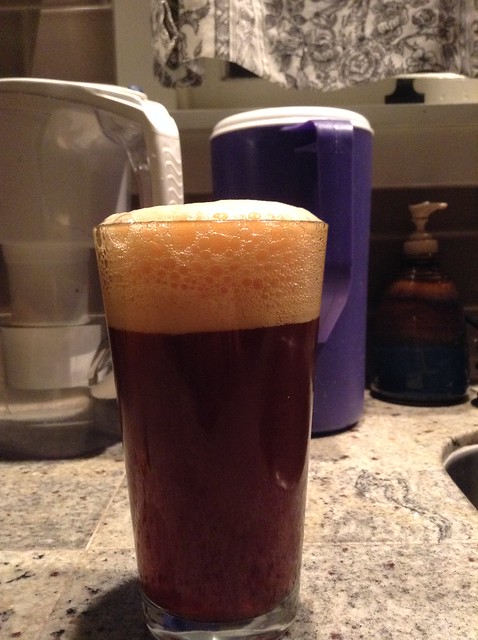 Maybe I need to forgo the addition of bottling sugar entirely? I just don’t know at this point. But as you can see, there is a rather thick, persistent head on this beer that has a tendency to make drinking it rather difficult.

On the other hand, once I can get this beer in my mouth, it’s…a little one dimensional. The nose isn’t very prominent (despite adding hops to secondary) and while there is enough malt to provide some body to the beer, the bitterness at the end is quite strong and definitely blows out the rest of the ale.

It isn’t a bad beer and I don’t want that to be the impression that I’m leaving you with. I’m disappointed that I missed the mark (I was hoping for something that had some traditional IPA scents) but I’m pleased that I have a drinkable brew.