An old friend came into town this weekend and with her came a question: “Have you ever been to Feckin Brewery?”

I have not. “Well then let’s go. It’s hard to find a place you haven’t been and I got a  Groupon.”

Who can resist a Groupon?

So we dialed up the directions and I drove us there. On the way out, I followed a caravan of Ford pickups, all flying the the American flag, some with anti-wolf decals, and every quarter mile or so, they’d honk horns that sounded like steamboat whistles or barge horns. Not for any particular reason that I could sense. Just to make noise.

Welcome to the outskirts of Portland. The assholes self-identify here. 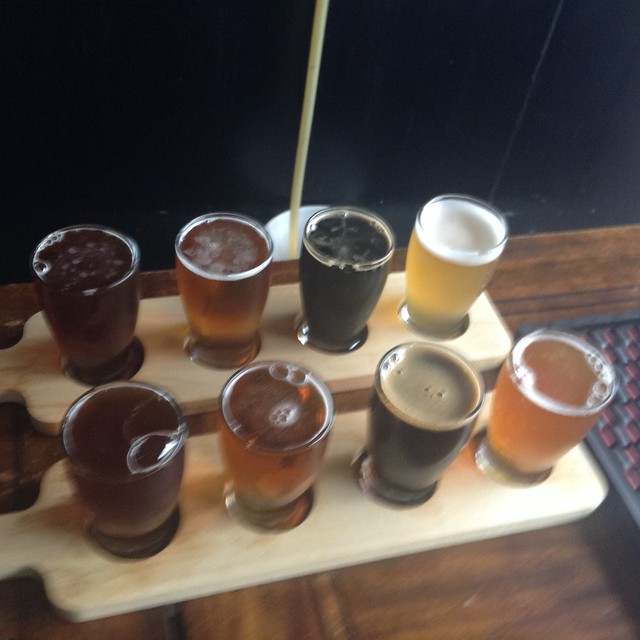 I got a sampler because that’s how I roll under these circumstances and here’s what I thought:

The IPA is nice and piney which I appreciate.

Fresh hop ale is pretty mild, mostly tasty until the finish which gets a little dirty. Close, but not quite there.

IRA isn’t bad but it’s got a coffee acridity on the finish that isn’t appealing to me. 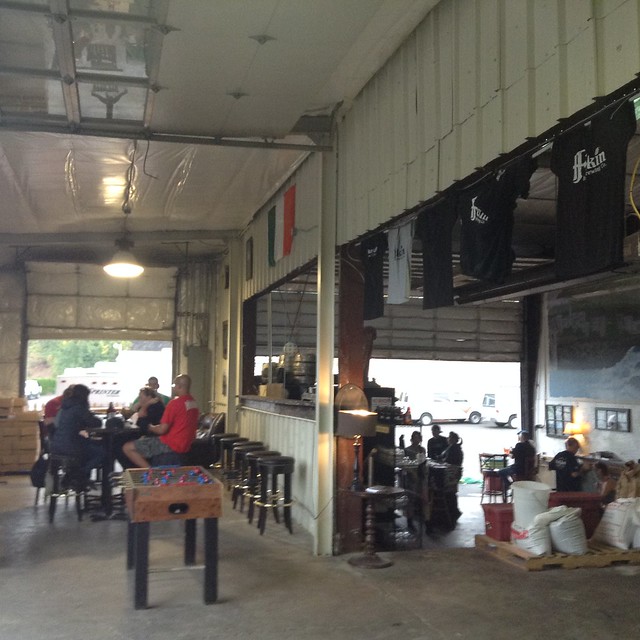 The brewery itself is open and has a loose feel. It’s kinda punk rock out in the middle of Oregon City. It’s almost thrown together, lamps plugged in haphazardly, a mirror hung by a door just ’cause, a mural of the Willamette river (which is spitting distance from where I sit) that has monkeys on it for no reason I can discern.

I like it here. I want to come back, I want to visit when it’s cold and dark and everyone is huddling around because the rain is pounding on the sheet metal. I don’t mind the 90’s alt rock nostalgia on the PA (seriously, the only song missing was “Smells Like Teen Spirit“), and the firecamp smoke wafting through every open door here (there are three) works because it gives me the sensation of camping without having to haul a bunch of shit somewhere into the woods and set anything up. I could’ve even sat outside by the fire but I wasn’t ready for that.

This whole place works, actually and I’m not sure it should but…why argue?

We chat. We talk about the power of the Catholic church, football, the power of sports teams, lamb burgers. It’s a conversation that isn’t about us even as it is, because that’s how old friendships are.

2 thoughts on “On The Rail: Feckin Brewery”