I attempted to go somewhere new, somewhere I had never been. Because the pleasant thing about new places is that they don’t know me. Nothing of who I was matters. When I need to hide, that kind of invisibility and reinvention is comforting.

However, the place I drove by either wasn’t what I thought it was or was closed so I have returned to Bailey’s. It is a little disheartening but not because it’s Bailey’s. Because I have felt, lately, as though I have nothing to contribute. I want to hide out and familiar places don’t let you do this. When dealing with a stranger, there’s no need to contribute but there’s also the potential that I can surprise myself. Or at least see the old with something new: they don’t know that I’ve told a story before and in a retelling, maybe I’ll see something new in that story. 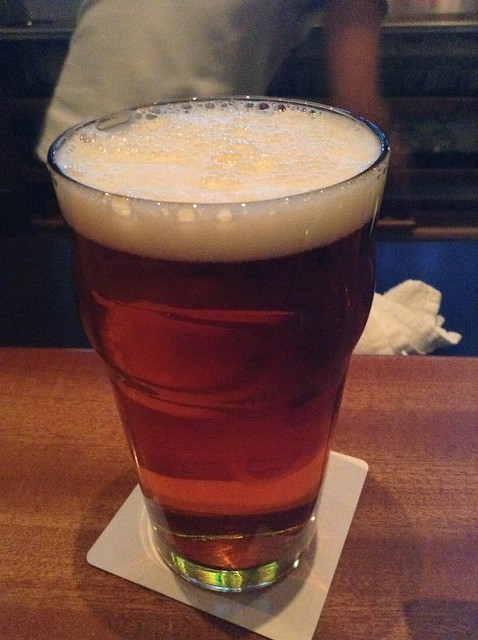 Mostly, though, as I said, strangers don’t ask anything from me. Being human feels like a chore right now and doing even normal things feel difficult. If it wasn’t for the work, I wouldn’t go out. I would stay in, hide out, play videogames. Sleep more. Slump my shoulders and condense myself, grind out bad essays and poetry by hand with ink that stains my knuckles and wait for whatever bad brain storm I have to pass.

On Thursday, marijuana became legal for recreational adult use and it’s difficult to walk anywhere in the city now without smelling it. The guy next to me with a Snap-On cap and an NRA tshirt is visiting from New Mexico and is wondering where the nearest dispensery is, ‘Just to see it, you know?’I do: there are places across the river that he could walk to, if he wants to. “I ain’t walking. I have a car, man,” he says jovially. I chat with him briefly (he asks if the skate park beneath the Burnside bridge is still there) and in the back of my mind, an old proverb rises up. “You can never step in the same river twice.”

If every moment is new then every visit is new. I only carry the things I insist on carrying or don’t know how to decouple; there is no such thing as a moment where I am not inventing myself again. Even the familiar can be strange with this perspective.

The beer is adequate. There’s a metallic note in the finish that I’m not digging on. The more fresh hop ales I have, the more I think these are beers that are hustled out the door in order to preserve the qualities of fresh hops, while neglecting the question of whether nor not the beer is ready. It’s a strange trend to note in an industry that is known for being patient with it’s wares in order to produce beers that meet the standards we expect.

I suppose hype can overtake us all from time to time.