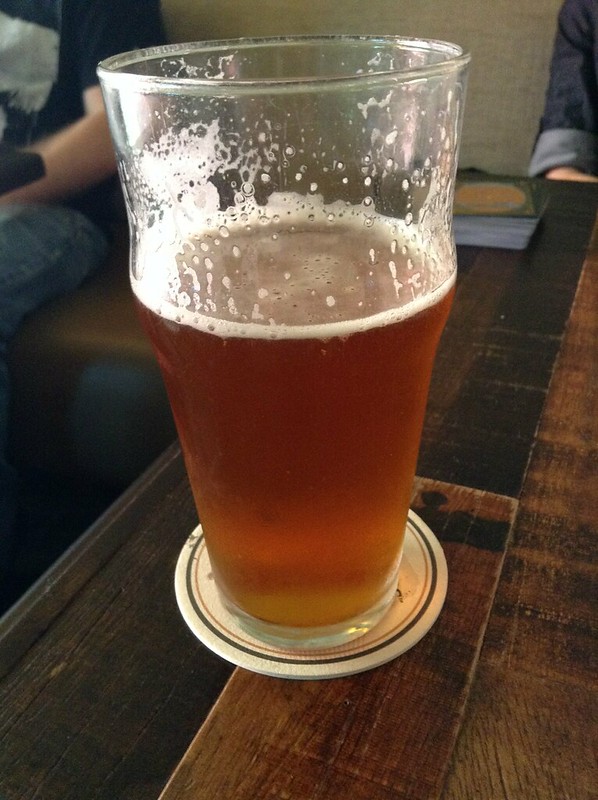 A little over a year ago, Produce Row suddenly and unceremoniously closed.  News and blog posts went up about it but there really wasn’t any reason why, at least to the casual observer. One day it was open, the next day it was closed and the staff of PR was as surprised as anyone.

Just as quietly, Produce Row opened back up again just a few months ago. I’ve always liked the place so I’ve come down, drinking a Breakside Fresh Hop ale. Because fresh hop ales are the best, rarest beers on earth! (Spoiler; no, they aren’t).

It’s eerie to feel this way; not the decor, not the arrangements, even the font on the menu looks familiar. I don’t even need a new wifi password. For a moment, I have a shadow of the Shining come over me. Should I worry about possession?

Eh, who cares? A cool place I like has come back! Let’s finish this beer.

It is hoppier than I would’ve expected. Not in the nose; that barely registers and that’s a bit disappointing. The finish is bitter and it’s pretty citrus forward. It’s good but Breakside has done so many excellent beers lately that I feel like this could be better. I may just be holding the bar too high. Then again: they set the standard, can I really be faulted for holding them to it?