The things I do for you people.

So, let me just get this out of the way: this review is one where I didn’t ask anyone what their best selling ale was or do any research about the best selling pumpkin ale or anything like that at all. I just saw my Facebook feed blow up for about two weeks on the subject of “pumpkin spice (somethings)”. Regardless of how I, personally, feel about the subject, people drink pumpkin ales and those ales are made by craft breweries.

And that means that this falls smack dab into what I’m doing, right? Right. So, I found a torpedo of a pumpkin ale (because 6 pack = Very No) from a brewery that often does good work and went from there. 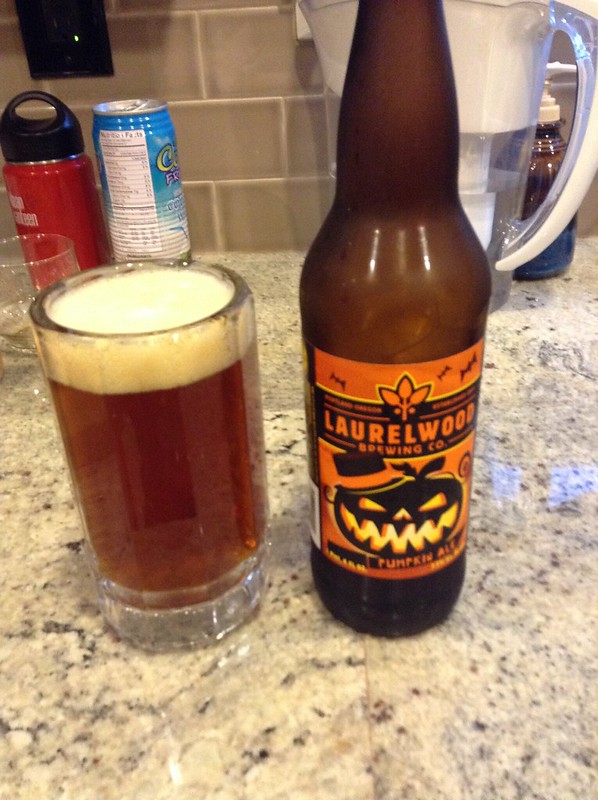 The nose has a strong nutmeg presence and there is a little bit of cinnamon too. I like this at first. As I get further into the beer, the cinnamon gets stronger and clove becomes quite present. Again; initially, I like this.

Here’s why: the first sips of the beer belie a custard-esque finish. This is mostly a mouthfeel thing, a kind of thickness to the beer but it helps give the ale some robustness. It doesn’t last long, though. By the fifth sip, the spicy qualities have cut through everything that might provide this beer with some sweeter counter.

It’s…not vile. Something in the finish about that spiciness doesn’t work as a liquid for me. If this was pie, there would be the crust and perhaps whip cream to make it all balance out. Without that, the spices push everything else out of the beer. It’s like I’m drinking a liquid spice.

Now: maybe that sounds good to you! Awesome. Get this beer. It’s not working for me.