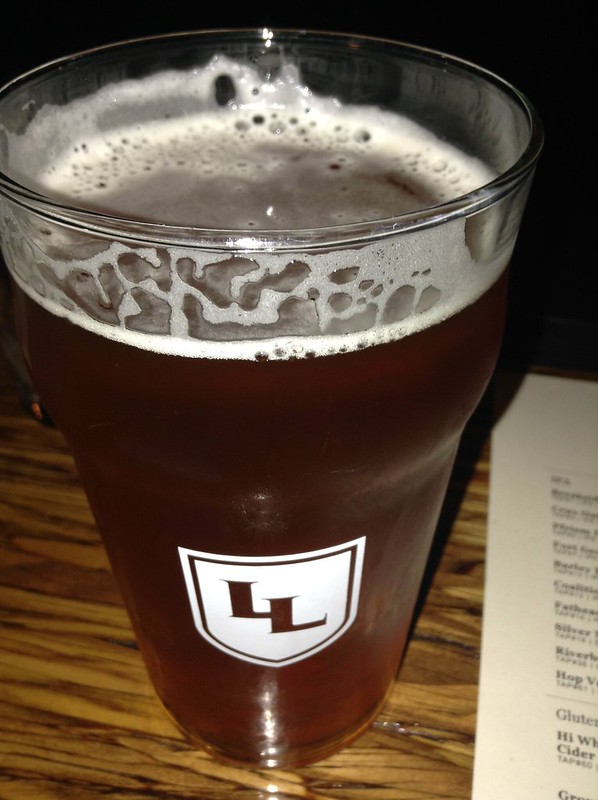 ‘There isn’t any reason I should dislike this place’ is what I kept thinking to myself as I nursed Silver Moon’s Nelson the Spacefish IPA. The beer selection is broad and often rotated. The servers are good and more than happy to pour you a taster if you’re uncertain. Hell, tip is included in the beer prices, which is awesome!

Yeah, I could really, really do without the pretentious categorization of beer-I saw “Chilled” as a category on the menu not long ago-but the occasional snobbery is something one learns to live with when you drink craft beer. I would also prefer it if the place was reasonably well lit. Why is it that so many bars think that turning the lights down to faux-romance levels is a good thing? I want to see what I’m drinking. I want to play cards, damnit.

And then Fleetwood Mac’s Everywhere came on. For the second time in an hour. Nobody seemed to notice but me.

That’s when it hit me: This feels like the fucking Yardhouse, except for people without children. It’s not bad or evil or I Hate This. It just is devoid of personality. It’s boring. It is Fleetwood Mac at their most likable, played over and over to people who aren’t paying attention to it anyway.

It is a bland environment for people who want craft beer but don’t want to have to deal with any of the possible weirdos who make craft beer.  I could be in San Francisco or New York or any metropolitan city. Without the relentless focus on Oregon produced beverages, I really could be anywhere at all.

That makes me sad. The scouring of personality is good for business I suppose but I wonder if it’s good for anything else.

On the other hand, I suppose it just means that when I go there, I need to bring an excess of personality. Make your own party, right?

5 thoughts on “On The Rails: Loyal Legion”