Happy International Beer Day! I mean, sure, it just looks like another day to have a beer but…

With the OBF in the rearview mirror, the North American Organic Brewer’s Fest is fast coming up. And…they gave me a pass to it. I am clearly playing the long con to be considered a “reputable” source on matters beer.

After looking over the lineup of beers, I have to say my feelings approach cautious optimism at best. I’m just not a fan of CDAs, black lagers don’t do it for me very often and as always during a summer festival, there are a whole lot of fruit beers. Fruit beers are always challenging to do well. When they’re good, they’re very good but they are very good with great rarity.

I see quite a bit more ciders than I remember, though so there might be some interesting drinks in that area and there are a few breweries like Coin Toss or Vagabond that I’m not very familiar with. I won’t be going until Saturday though, so the review will have to take place after the fact. Still: let’s see what they got! 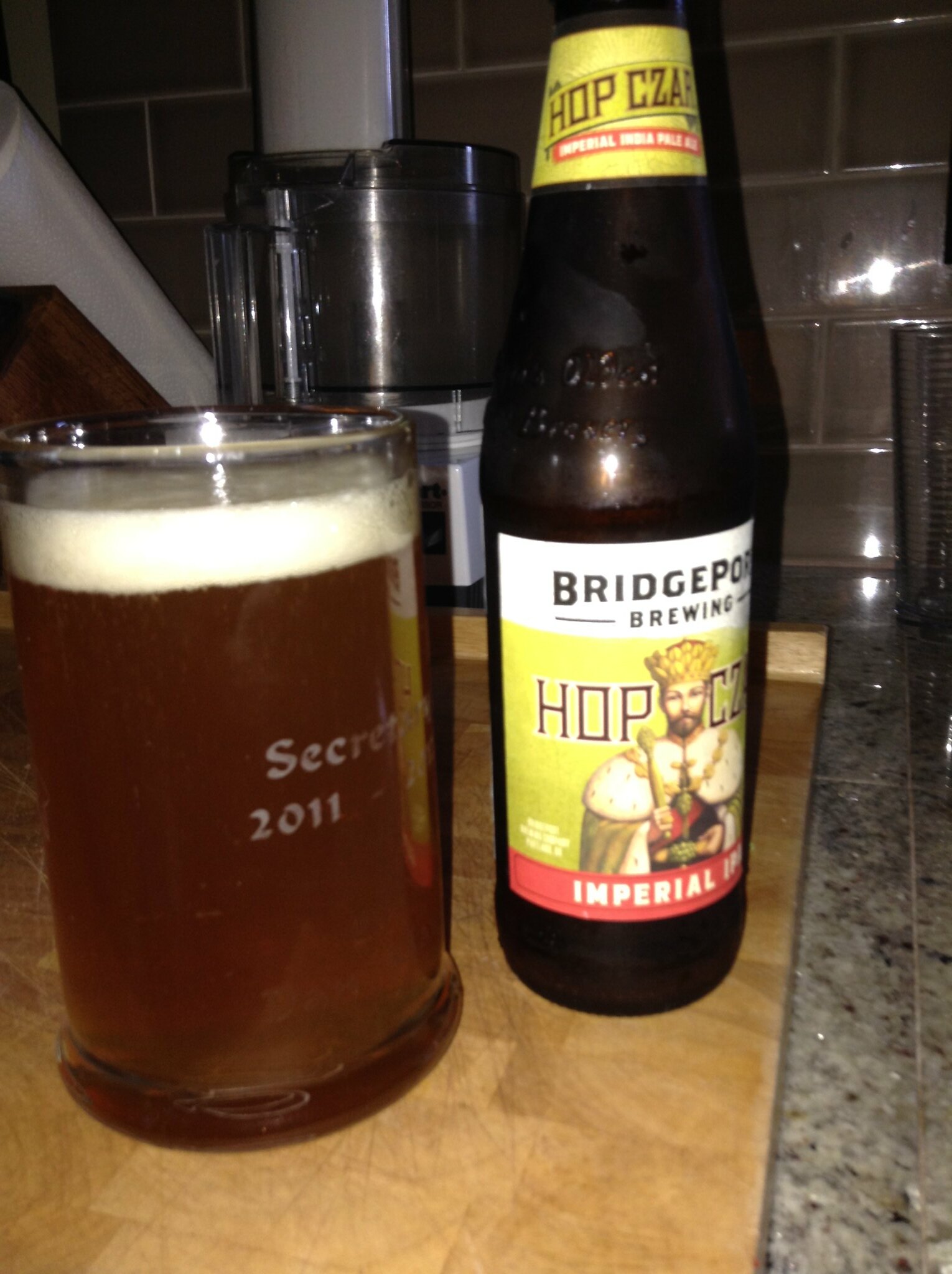 It took a little searching but I did find a six pack of Hop Czar, which I was told jockeyed for the best selling Bridgeport ale.

This is a beer I can get behind. It isn’t obscenely hoppy but the citrus nose is there, the bitterness is resiny but not scouring and there’s an actual middle malt flavor to the beer that helps balance it out.

I feel like this beer is allowing Bridgeport to make a statement: “See, we can make awesome IPAs too,” and if someone had tried their gateway beer and was looking to give something else a shot, they would totally be rewarded by a beer that tastes distinctly different from their ale but still is good, flavorful and worth their time.

Due to a miscommunication, I have arrived in the Mississippi area with nobody to meet and no goals to accomplish. Sounds like a good time to check out Ecliptic brewing again. I ask about the Points Unknown IPA, a collaboration with the Stone & Wicked Weed breweries. Told it’s a blend of 25% Belgian trippel ale aged in tequila & red wine barrels, and 75% double IPA. 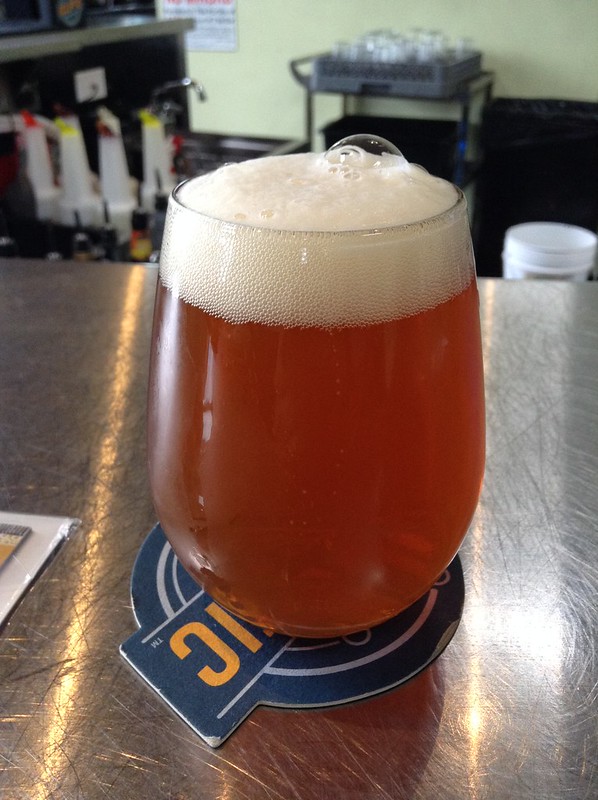 It’s complicated, I’ll give the beer that. The tequila aftertaste is in the nose, after the fruitiness, and the beer tastes…weird. The finish is dry with a hint of cough medicine in it, then goes vegetal on me. The middle seems almost nonexistent. I really can’t recommend this blend and I’m disappointed because I haven’t had a beer from Ecliptic I’ve liked yet, but I’ve been told so many good things. Everyone else loves them and I’m standing there asking why?

The man next to me asks about the beer, so I tell him. As soon as the word ‘tequila’ comes out of my mouth, his eyes get wide and he says “Tequila is a bad idea for me.” He decides on the porter and when I ask him about it, he says “It reminds me of McMinamins,” (and my eyes go wide with negativity) “but that’s really not so bad,” he finishes.

“Yes,” he says, “but I’m not sure how to describe it better yet. I’m just going to stare at my phone until it comes to me.” I nod; sometimes you have to let your brain go in order to hit on the proper description.

“It’s not bad,” he adds, absentmindedly, “but I think you could probably get a better sense of it if you had a sample.”

Probably true but I’ve had my only beer here, so Ecliptic’s redemption will have to wait for another day.