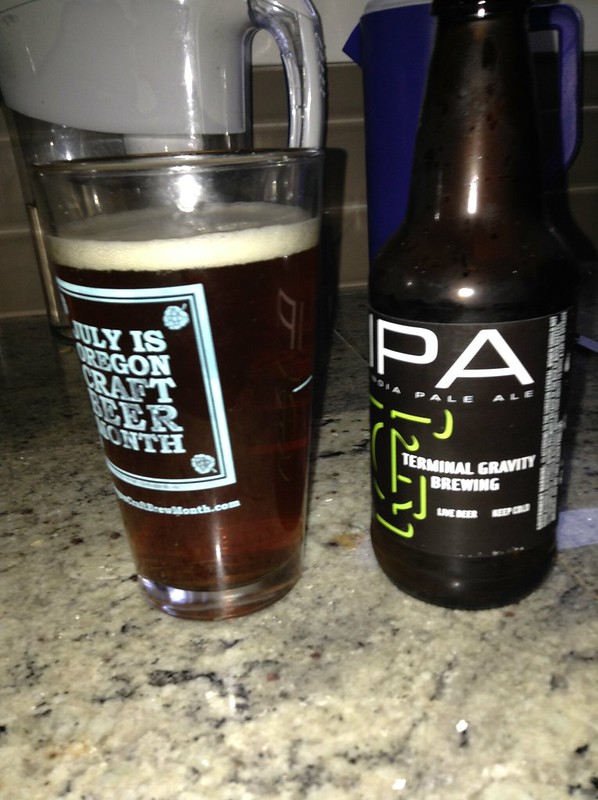 The fine people at Terminal Gravity told me their IPA was the best selling ale they had. I have to confess, it wasn’t until this moment that I really understood: oh, I’m going to be drinking quite a few IPAs, aren’t I? It’s a good thing I enjoy the style.

There isn’t a very strong nose; citrus hints but the head dissipates pretty quickly, so the hop scents don’t stand out as I drink the beverage. While this strikes me as very unusual for the style, I can’t say that it’s flawed.

The bitterness on the finish seems to match the nose though; citrus notes but nothing overpowering. It’s a pretty easygoing beer to drink.

What’s unique about the Terminal Gravity IPA is that it’s far more malty than other commercial beers in this style that I’ve had. There’s a strong midrange sweetness to the beer, capped by hop flavors that aren’t incredibly intense. I have to say, it’s a nice way to get the beer to stand out from other IPAs and it does encourage the drinkable quality of this beer. The short lived nose is a ding against it but it’s not a big enough ding for me. It’s tasty and worth drinking.