Once again, for your lively entertainment and this time before the festival is over, I present the (mildly edited) notes I took during the 2015 OBF.

I was fortunate enough to have my friend Fuz with me so you’ll see him referenced occasionally. I even took a few parenthetical notes about beers he had and let me try. Now let’s go! 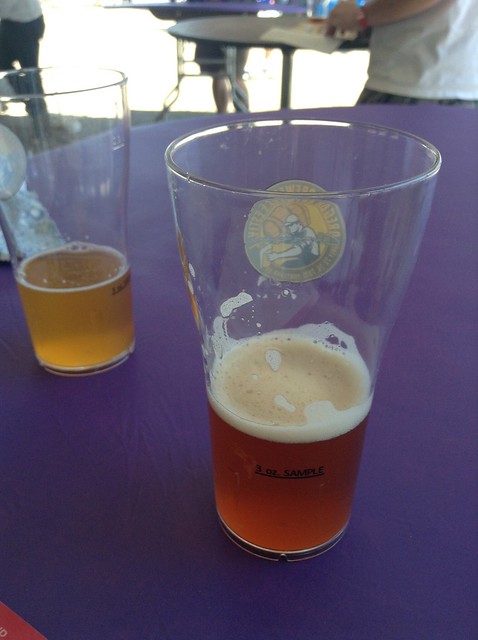 Fuz snaps pictures while I go for the Maximius Brouwerij Salvator IPL (pictured). The nose on it is very nice, light, little chocolate malt, little hop character-touch of citrus, I think. However, the finish on this beer is nasty. Like green veggie bitterness and I do not enjoy this beer.

Yeastie Boys Gunnamatta is second and this is a better experience. Made with Earl Gray tea additions, the nose is prominent with that scent. Slight undercurrent of citrus hop but nothing to overwhelm the tea. The beer avoids a tea bitterness on the finish, wisely letting the hops do the work and the middle isn’t thick but strings the nose to the finish nicely enough. Fuz agrees; nice beer.

Anderson Valley: the Kimmie, the Yink, & the Holy Gose. This beer….tart, lemony tart. Lemon is actually a great reference here. On a hot day, a small glass of this for me would be quite refreshing. I don’t think I could do many glasses but having a nice puckery lightness, I could definitely do one. After all that, I notice a little bit of a wheat flavor, something bready to wink at ya before you go.

Breakside Rainbows & Unicorns (because Collaborator had a line. Fuck lines). I like the nose. Little bit of resin, little melon, nothing too strong. The bitterness shows up later, a long glance as you leave but the beer itself is light has a present but not demanding grapefruit flavor, and tastes fairly pleasant. Would go well with some salt & vinegar chips.

There’s a dude in a wild pink, teal & blue outfit, like Miami by the way of “gah, no” carrying a beatbox, looking to sell his hip hop cds. Ah, Portland.

(Fuz beer: Ft George stout, aged on peaches. He sniffs it 3x before taking a sip and looks unimpressed. “There wasn’t a peach grown within 100 miles of that beer”).

Laurelwood Hipster Sunburn-saison. This is just a nice little beer. Slight funk on the nose with a whiff of vanilla and then the beer is pleasantly sweet with a bright finish. I wish I had more to tell you but I like it and I hope people give it a shot. It’s pleasantly drinkable and should be tasted. 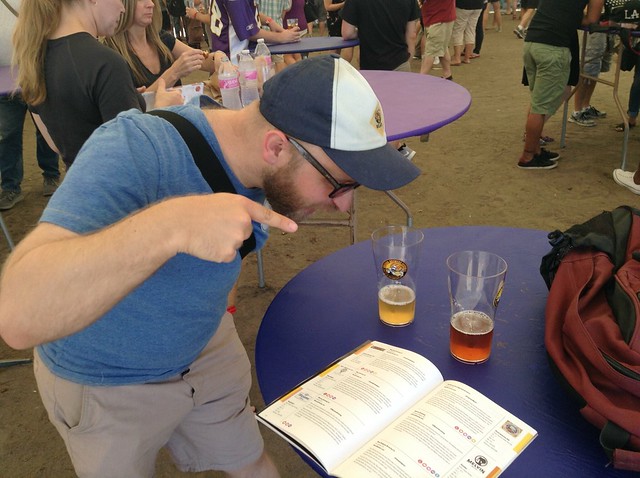 (Fuz: get a picture of me yelling at this beer. There’s this big part in the middle that doesn’t do anything and it’s like creamed corn. It’s the Payette and the nose is AWFUL, like chimera farts)

Melvin Hamber, hoppy amber. While I don’t give them much on the name of the beer, I didn’t think much of the name of the brewery either. But the beer? Forward piney nose, solid middle, pine finish and I like it. I would go back for another without questioning it for a second.

Sprecher Abbey Triple; I picked this up because the description mentioned a two hour boil. Two hours! But, this is smooth, sweetly fruity, nicely chewy, quite drinkable and at 8%+, it falls into that danger zone of “let’s have more-oops, too much”. Have some. Be careful. 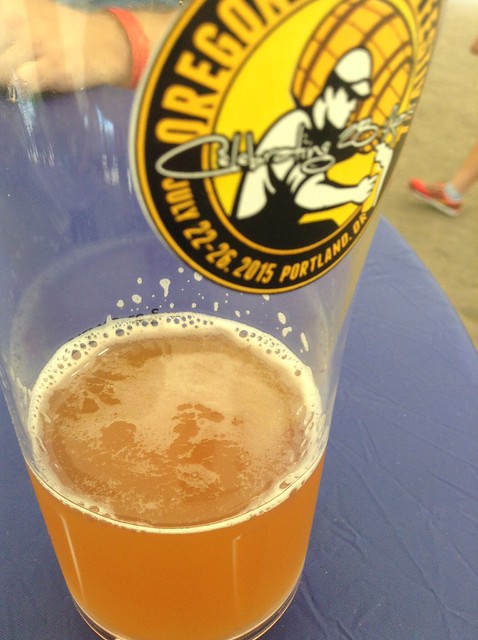 Dunedin Mango Makrut Paradisio (pic). Front end is flowery and the middle is chocolate and then it all gets dirty and tastes like ass. No.

Tuatara Sauvinova-“International style pale ale”. What the hell does “international style” mean? Words should have meanings and in this case, the meaning is “this beer tastes like onions”. Avoid.