I didn’t know where I wanted to go tonight, I just felt that going back to Baileys after last week’s post might be a little too soon. It probably doesn’t matter to anyone but me and my brain chemistry insisting that I keep looking for different places to post but most nights, I don’t mind.

So I’ve come to Beermongers, which is blessedly low key right now and easy on my consciousness. That’s good, because I have a lot on my mind tonight. It’s been a dense week personally and a heck of a week for the country, so the relaxed vibe is working out. 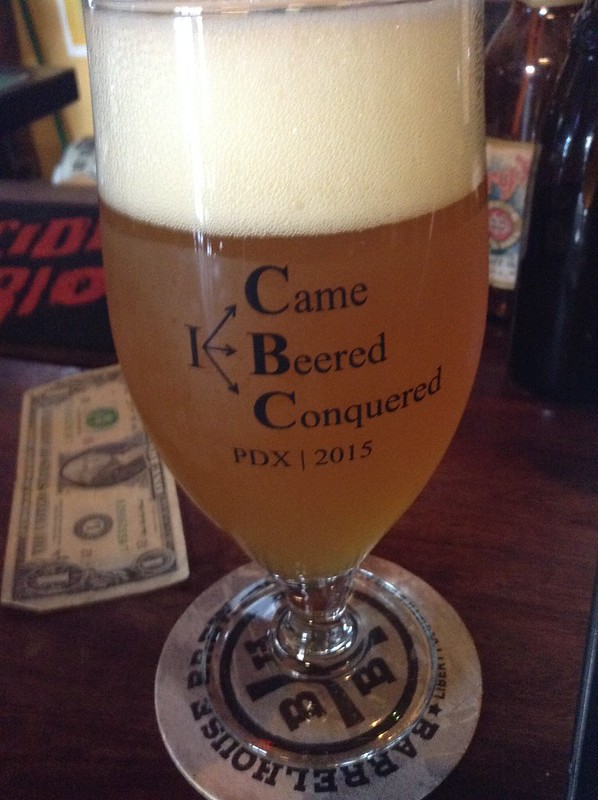 I went with the Melvin 2×4 imperial IPA. Resin and slight pine in the nose–not overwhelming but there and then…grapefruit in the finish. It’s not bad, I just feel a bit tired of grapefruit finishing IPAs. There isn’t much malt there either, so it transitions too quickly from pine nose to grapefruit tongue and I wish that the sweet bridge lasted longer.

It’s been a good week for the country, in my opinion, for those who experience oppression on a regular basis-either because of race, or preference, or fear of their health. For those of you who share in that opinion, then I say: rejoice! Let us be as gracious in triumph as we would be determined in defeat.

But maybe you don’t think like I do. That’s OK. I’m just sitting quietly on the rail; come sit down and have a beer.  There’s room for you, too.

One thought on “On The Rail: Beermongers”