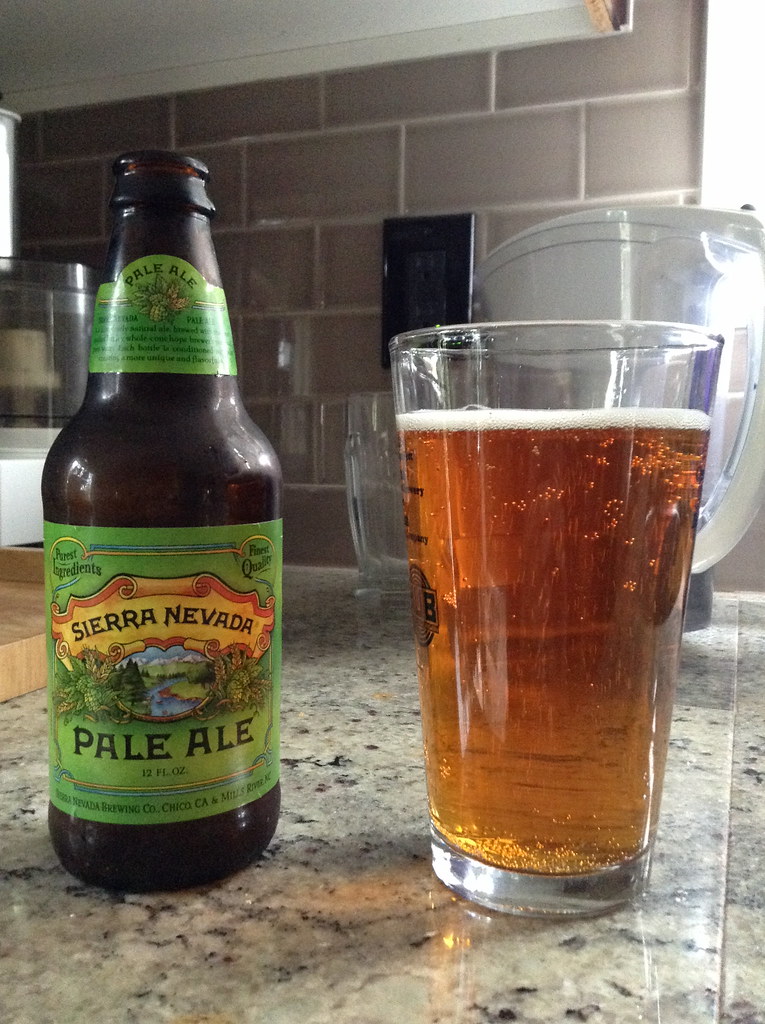 As I traveled to Bailey’s I was struck by a moment that I didn’t want to be alone with. I don’t have much choice in the matter, though so I continued forward with the moment, doing the work.

Of course, writing is work you do alone. Drinking can be done alone and enough drinking can be isolating. If you’re writing AND drinking the door is open to a double whammy on the nights that have moments that one may not want to be alone with. So I am not unfamiliar with the condition of solitude, there are just times when I wish it was a little farther away. 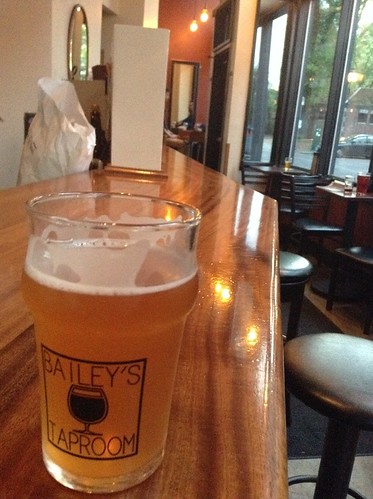 Then again, an acute sense of lonely is the worst reasons to find someone to be with. Healthy (or wise) people recognize that and behave accordingly. So it is tonight: I am better off sitting down, writing, observing, absorbing the scene than I am trying to make friends.

I think I’d like to do it with a better beer though. Mill City’s Zech Bavarian Hefe’s first sip gave me liquid banana. The third sip gave me banana sweetened by Bazooka Joe and something else, something unpleasant. It isn’t spicy and I don’t notice a clove element. It’s like a sweet pillow on the tongue and I’m not enjoying the way the feathers stick around.

I have a different beer, I write, I muck on my tablet. I admire the middle aged ladies out for a night, dressed to the nines chatting up men half their age, the couple making friends with another couple because of table proximity, the lone wolf, standing at a table near the entrance, the woman in the Front 242 tshirt reading her book. It may be a tough day to be alone but it isn’t a bad day to be at the pub.

(This was supposed to go up Wednesday! Sorry!)

I got back from a trip to Seattle recently and while I was there, I discovered that there was a bottle shop not far from where I was staying. I could even go by on my way home to bring some beers I can’t find in Portland! So I did and here’s my notes.

Valiant: Crescendo blonde lager.
Malt nose, big time. Creamy, almost. Works out like that in the taste, too; sweet, almost creamed corn taste which is generally a negative. The beer stops short of that and really finishes well with an fizzy pop that cleans everything from my tongue. 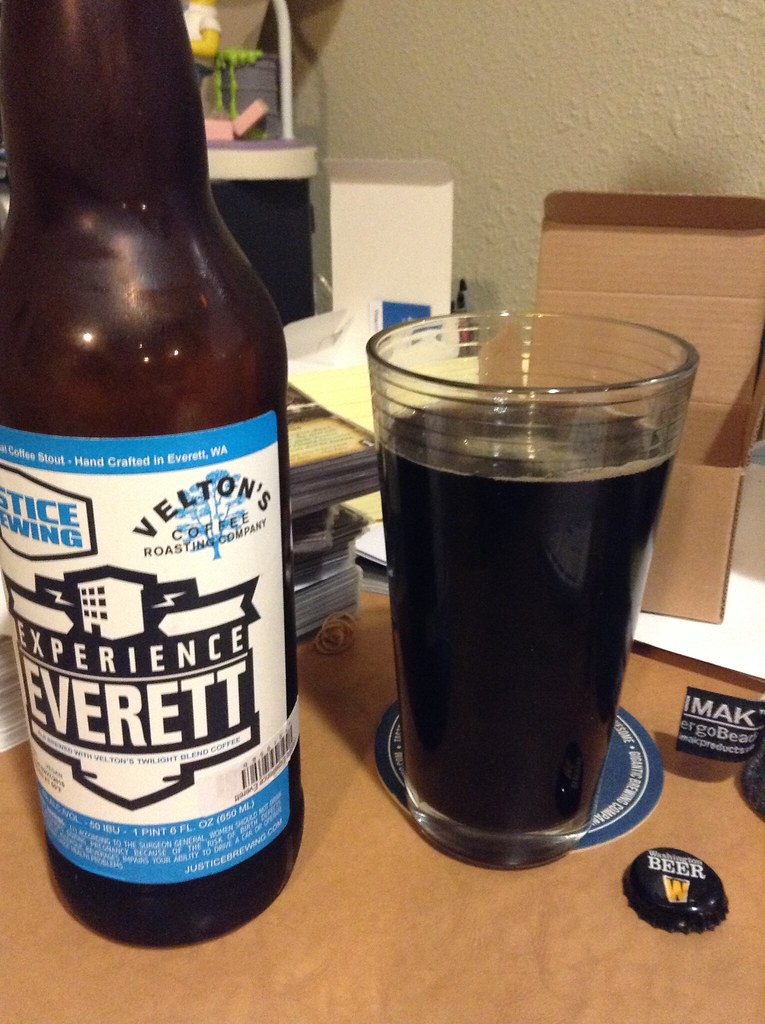 Justice Brewing;
Experience Everett imperial coffee stout.
Nose smells of espresso right up front. A little chocolate covering there but it’s not obvious. Still, the coffee is doing all the heavy lifting in this beer. It feels thin on the tongue and has pops on the finish, leaving little flavor and a hint of dryness. As it warms up, there’s a twitch of acrid there, poking its nose through. That doesn’t get better but it doesn’t get worse, either. Maybe someone who loves coffee might enjoy that more?

Narrows: Giant Pacific Octopus IPA:
The hop scent up front is a split between pot and citrus and it’s pretty nice. The beer itself…is faint in the middle and leaves with a combination of flavors that seem to be fighting it out; a little dirty, a little bitter. Nothing is wanting to declare victory and that’s a little problematic, as you might imagine. As I proceed through the bottle, I come around more to the bitter side of things but I really wish there was something in the middle of this beer to help support it’s obvious hop profile and focus.

Iron Goat: Goatmeal Stout
I’m almost expecting this to be an imperial but I don’t know why. It isn’t an imperial at all; it’s almost a stout by my reckoning, just on the cusp of the density I look for in the style. However, with an ABV of 5.6%, the restraint is notable and it doesn’t quite meet the style.

Counterpoint: who cares? This beer is delicious. Espresso note in the nose, a properly solid middle with a dry finish, this beer is fantastic. Special thanks to my friend Aaron who sent this beer along for me to drink.

Wallace Brewing: Vindicator IPA
The nose is faint and provides a bit of lemony dish soap. There is, fortunately a nice dollop of sweetness in the middle, before the hop bitterness kicks in-which it does pretty hard. It’s a scouring bitterness, brushing away other flavors and sticking around for quite some time. Still, the sweetness in the middle lasts a little longer as I sip and makes this beer work. I’m actually pretty pleased with the beer at the end of the glass. 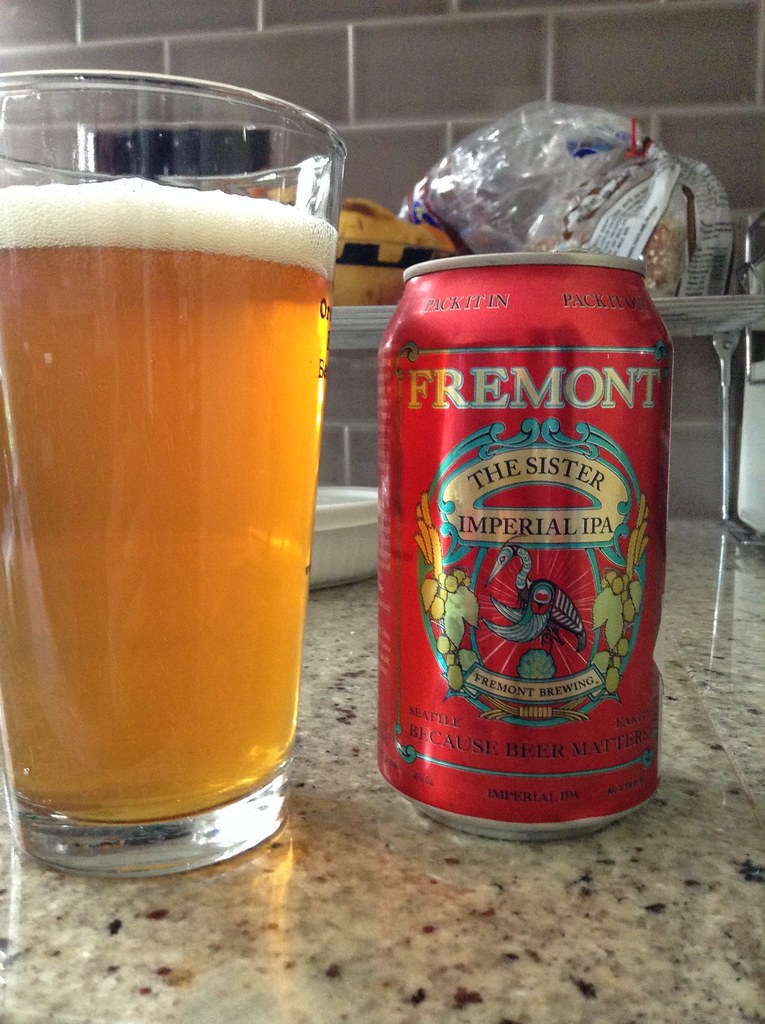 Fremont Brewing: The Sister Imperial IPA
The nose is a big resiny dollop on top which I really like. The middle isn’t there long but there is something sweet to it. Just enough to pull the beer in but it finishes big with a hop bitterness that gives it a touch of woodiness that lingers after the effervescence. This is a really good IPA that, even with the lingering bitterness, doesn’t feel like a mouth scouring event. Dig it.