I think that this guy has said most of what needs to be said when it comes to what smaller breweries need to be thinking about when they name and label their beers. I believe it needs to be read and considered because shelf space is at a premium, especially in Portland and marketing your beer is a frequent source of discussion here.

There’s a great deal that can and has been said about the way Budweiser markets their beer but nobody ever looked at the name or label of one of their beers and got upset. There’s a reason for that and it is something those deciding to market those ales ought to be aware of.

“Am I sleeping? Have I slept?”

This bit from Fight Club is going through my head right now and should tell you where my brain is at. I’ve just come home from a trip to Seattle (which is why there was no post on Friday, sorry!) and I’m knackered. On the upside, after a road trip I never feel the need to make dinner, so I always take myself out. A tradition I picked up from my parents after camping trips. 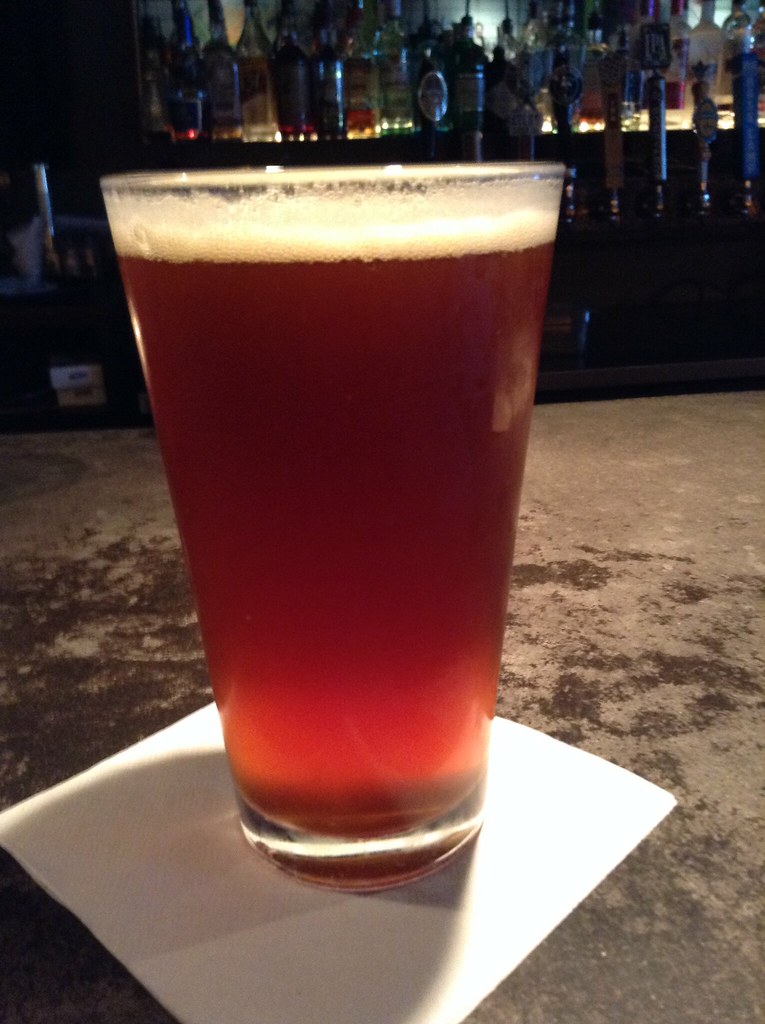 I’m at the Slingshot for a beer and a sandwich. I walked here, just to give my legs some action after sitting and driving all morning and I feel dazed. Have I written here for this theme? I can’t remember.

I do recall that I haven’t had anything from Base Camp in awhile, so I get their NWFest Amber. It’s a beer I instantly want to make:  Malty with a crisp finish, there’s something spicy on the periphery of my tongue. I think that’s from the hops and I may have to do some research on the recipe for this one. A good amber isn’t always easy to find and I like this beer.

The rail here is cement, like the 1856, but it’s set at chest height so while it’s not very comfortable to write at (I feel like I have T-Rex arms) it IS pretty easy to lean on and enjoy my pint. The north corner of the rail is crowded and I’m closer to the south end, so I get to people watch a bit (as much as I can) given my ability to focus.

An older fellow comes in, sits at the south end of the bar and the bartender already knows what he wants. I love that, because it means that the Slingshot has become a neighborhood joint. Regulars with connections to the people who work here. That’s always cool.

Or, a post for Des (who does this), because Des loves sour ales. So does Fuz, for that matter but he gets to come down and try some whereas Des is on the East Coast and I get to rub her nose in it just a little more…

What? I never said I was above such things?

Moving on! I was invited to Cascade Ale House to try a few of their beers and listen to their plans for the future. Cascade has been a fixture (and shining spot) for sour ales in Portland for quite a few years and now they have plans to develop more space to serve sour ales in. 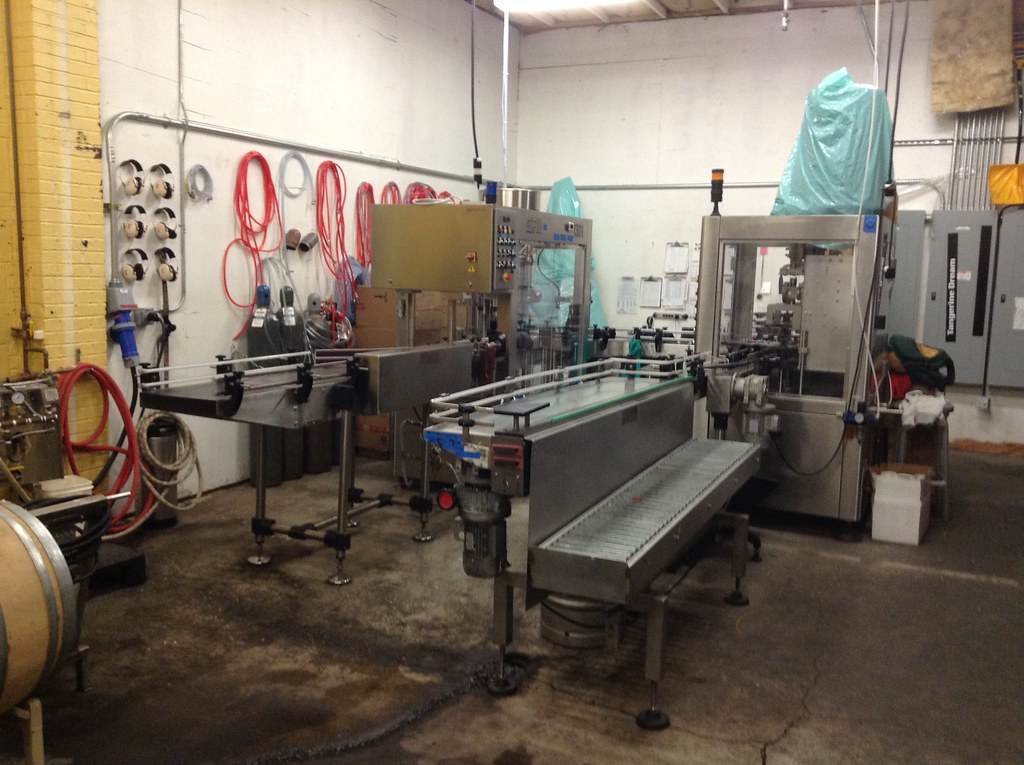 I hadn’t been in the production area in quite some time, so I was surprised to see huge tanks where many barrels used to be. They also had a bottling machine, adapted from one that used to bottle champagne, so they could bottle in house. Kevin, their lead blender, told me that they had to wait until the beer was bottled before putting labels on it because they wouldn’t know what the ABV of the beer was until practically the day of bottling.

And alllll that stuff is going to get moved out to a storage warehouse near Beaverton, where the kegs that used to be at Cascade have been moved to. This is going to open up the retail space a whole lot (the head chef at Cascade seemed especially thrilled to have a large kitchen) the brewers were looking forward to the possibility of new creations. They let us sample a few current (or soon to be released beers) and here are my notes: 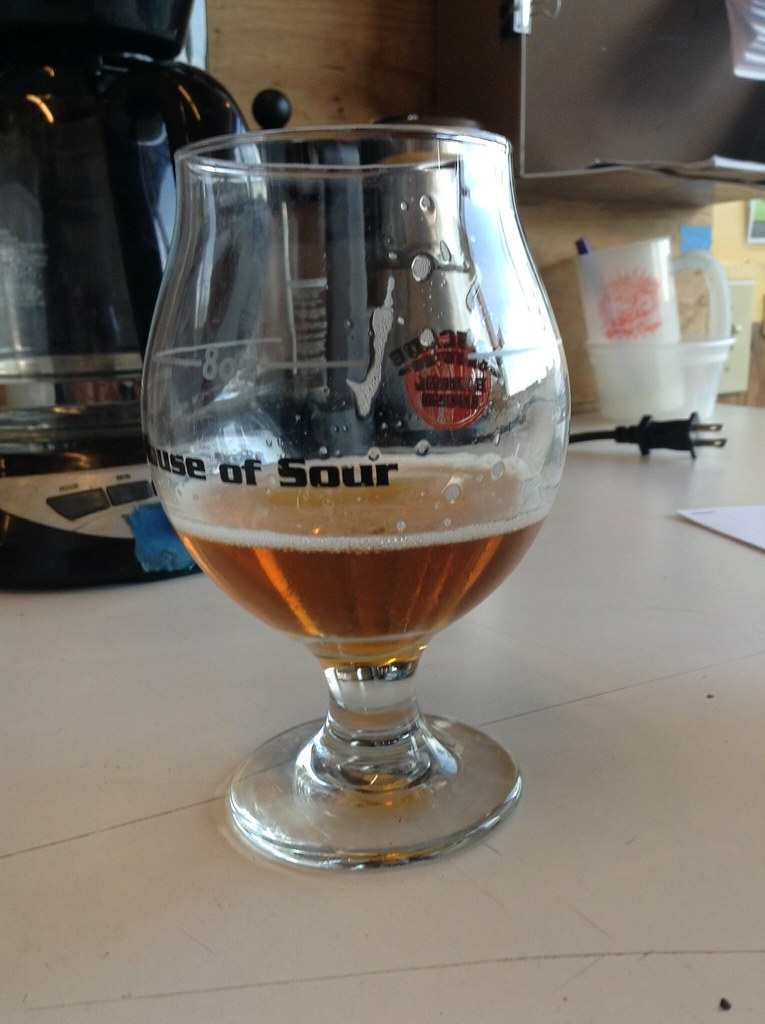 Apricot Amaretto:
A definite nose of amaretto, which was just restrained enough on the sour that I could appreciate it. Apparently the almond flavor came from the brewing process-the pits of the apricot, I’m told-and not from any other barrel or flavor additions. It made for a study in contrasts, as the amaretto nose was sweeter, blunting the tarter liquid.

Blackberry 2014:
With a wheat ale base, this too has a sweetly fragrant nose that, once again is a pleasant contrast to the tart quality of the beer. This one seems a bit more sour than the apricot but the fruit character is dominant and the beer tastes pretty clean, as though they really captured the tartness of the blackberry over any other flavors.

Kriek 2014:
This beer was too sour for me; with it’s sour pie and bing cherries, the sour flavors were quite strong. It had a warm nose, with a hint of spice and this reappeared in the finish on the sides of my tongue. That seemed kind of interesting and although this beer isn’t for me, it’s definitely for someone because that spice note gives it some depth. 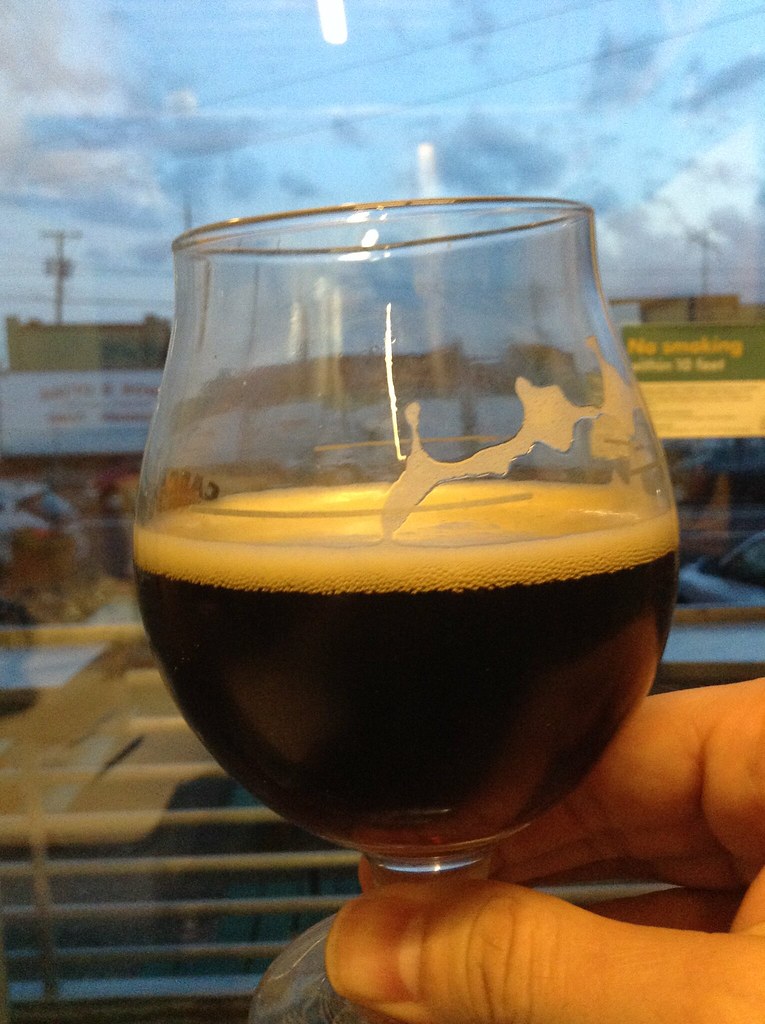 Sang Rouge 2013
This beer was unique because it was the only one of the four that did not have any fruit added to it, merely soured and kept in pinot noir barrels. I could even pick up a bit of maltiness in the nose! But the sour element kicked up sharply after half a beat on my tongue, fought with the effervescence for space and then everything cleared out. It felt sparkly! I was told by one of the brewers, Steve, that it was based off a Flanders Red style and I can see it, even if it is coming on a bit stronger than the Dutchesse does.

So that’s it! Cascade is expanding and their lineup of ales proves that they’ve earned that expansion. I look forward to seeing what they come up with in the future.