Last week I was fortunate enough to be at a friend’s house when they pulled out a large cardboard box full of beer.

“Extras from the Craft Brewing Festival,” they said. “Take whatever you’d like.”

So I reached inside, grabbed three bottles and brought them home. With a friend, we tried all three and I got down my (and some of her) thoughts. 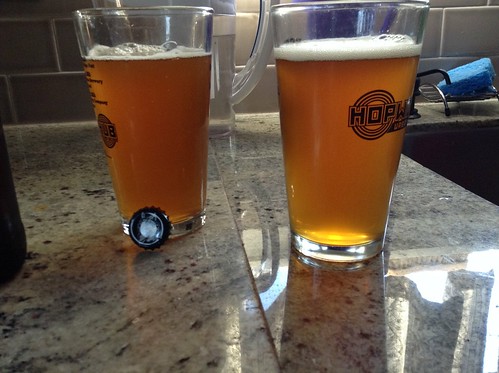 Wild Wolf Brewing: Primal Instinct American IPA
I picked this bottle out because there was a wolf on the cap. Why not, right?

This style usually suggests pine flavors, especially in the bitterness but this beer is far more citrus oriented. There’s a sweetness in the middle to help keep it balanced but neither of us can really put our finger on it. However, this IPA leaves a chewiness on the end and as we drink, we start to get a wet paper quality that really keeps this beer from sticking the landing.

This beer’s carbonation is steady but doesn’t allow for any aromas to be released, except a small grassy hint, and the sweetness in the middle gets cloying fast without some real counterweights.

“This feels like a beer I’ve been talked into trying at a surburban sports bar, and you can tell they’re trying but you’re sitting at the bar by yourself with this beer”

So; not so awesome. 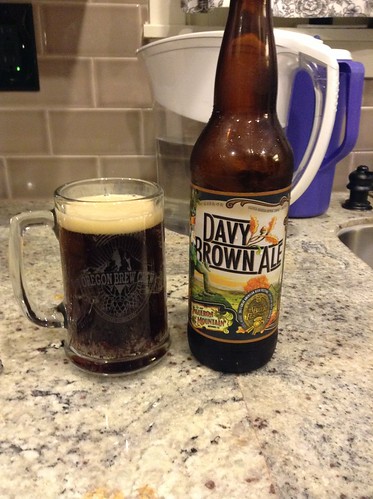 Figueroa Mountain Brewing: Davy Brown Ale
Has just a hint of chocolate in the nose and then…

“It’s just good. There’s nothing wrong with it…I’m not going to flash my tits at somebody for this beer but it’s not….the best beer I’ve ever had,but I would drink probably a lot of it.”

This is most likely a brown porter-too alcoholic for standard brown ales at 6% but without the hop character that I’d expect from an American brown ale. It’s damn tasty though and I could see a great many pints of this disappearing from my table.

It’s difficult to write further about brown ales, because they are by design more nondescript. Still, there’s a nice chocolate note without it being too heavy and a nice finish.  It’s delicious, belonging just as easily with a dessert or a slice of pizza. Have some. 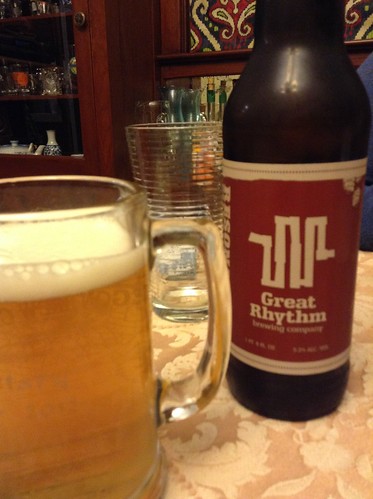 Great Rhythm: Resonation Pale
Piney, but not super intense. The beer itself isn’t too intense and tries to finish crisply but there a dirty flavor that comes back to haunt the Resonation that I’m trying to scrape off the top of my mouth.

“I thought I would stop drinking this but I’m still drinking it. I feel like it’s one of those beer like PBR. I can drink it but I don’t know if I like it.”

Something grassy at the end, before the dirty finish. It isn’t really helping but I think they were trying to get some hop character in there.

“I don’t feel like we should be friends, but I will drink this beer.”

One thought on “Three Random Pulls”