This is the ESB-ish sorta kind beer I made that Shane gave me feedback on a couple weeks ago. Personally, 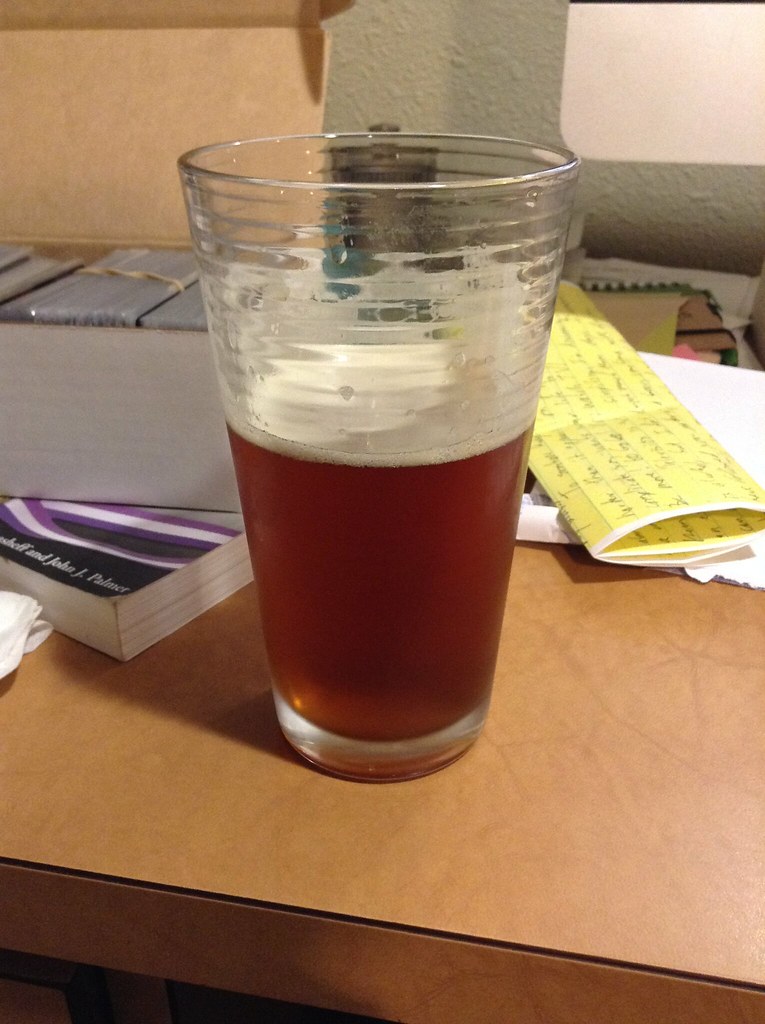 I more fond of this beer than Shane was. It’s malty and I’m not detecting a peanut butter quality. But there is a sweetness in the nose, something that may be what Shane was talking about?

I also get a hint of the hops in there, the Chinook spiciness just under the surface. It’s a sweet beer though; malt is present and forward. However, it’s also sweet in a  different way leading me to think that, Shane is right; the yeast could’ve produced some unwanted sweetness. It’s not fruity though, which is the characteristic I usually associate with yeast pitched incorrectly. I’m hard pressed to understand how to pitch the yeast at the correct time-the moment when it’s at the height of reproduction, instead of starting to eat itself, but that just means there’s more to learn. I’ve also incorporated into future beer recipes the temp at which I pitch the yeast, just as a data point.

The other thing is, it doesn’t taste like a 7% beer, given how light it is. This could be because there’s a steady effervescence that runs throughout the beer: even 3/4ths of the way done, it’s still got a pretty foamy head on it and carbonation is steady. It may be flawed, but it’s certainly drinkable.