When I asked Deschutes what their best selling ale was, they said it was Mirror Pond but added that their flagship ale was Black Butte Porter. Well, why not have both then? 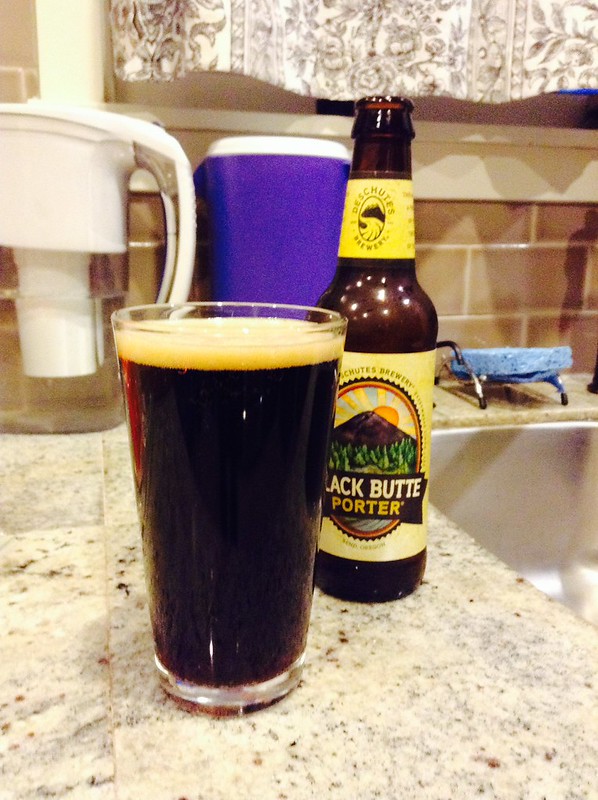 So I start with the flagship ale, and this is a well earned flagship beer. It’s working an interesting tension, because as a dark ale-and make no mistake, in the glass it looks like a place that light flees from-the expectation is that it will be heavy and dense.

Instead, Black Butte is very light. The toasted notes from the malt are absolutely present and forward in the nose but the beer itself doesn’t beat you over the head with it. Some chocolate in the middle, a coffee on the finish to keep anything too sweet from lingering and creating a sourness, all in all it’s just a nicely put together beer.

I want to say this falls in the Robust Porter category, because of the dryer, roastier coffee flavors involved. While being a pretty light beer on the tongue, there’s just enough body to suggest that it’s a bit more than the Brown Porter style. But I definitely like it and would say Black Butte has more than earned it’s place on the store shelf.