On the chalkboard listing of beers at Bar Maven, there is the Session Export. I ask what it is and he tells me it’s a style of beer from Belgium. I’m thinking: There is a style called ‘Export’ but no; he means the style is based off one from Belgium. 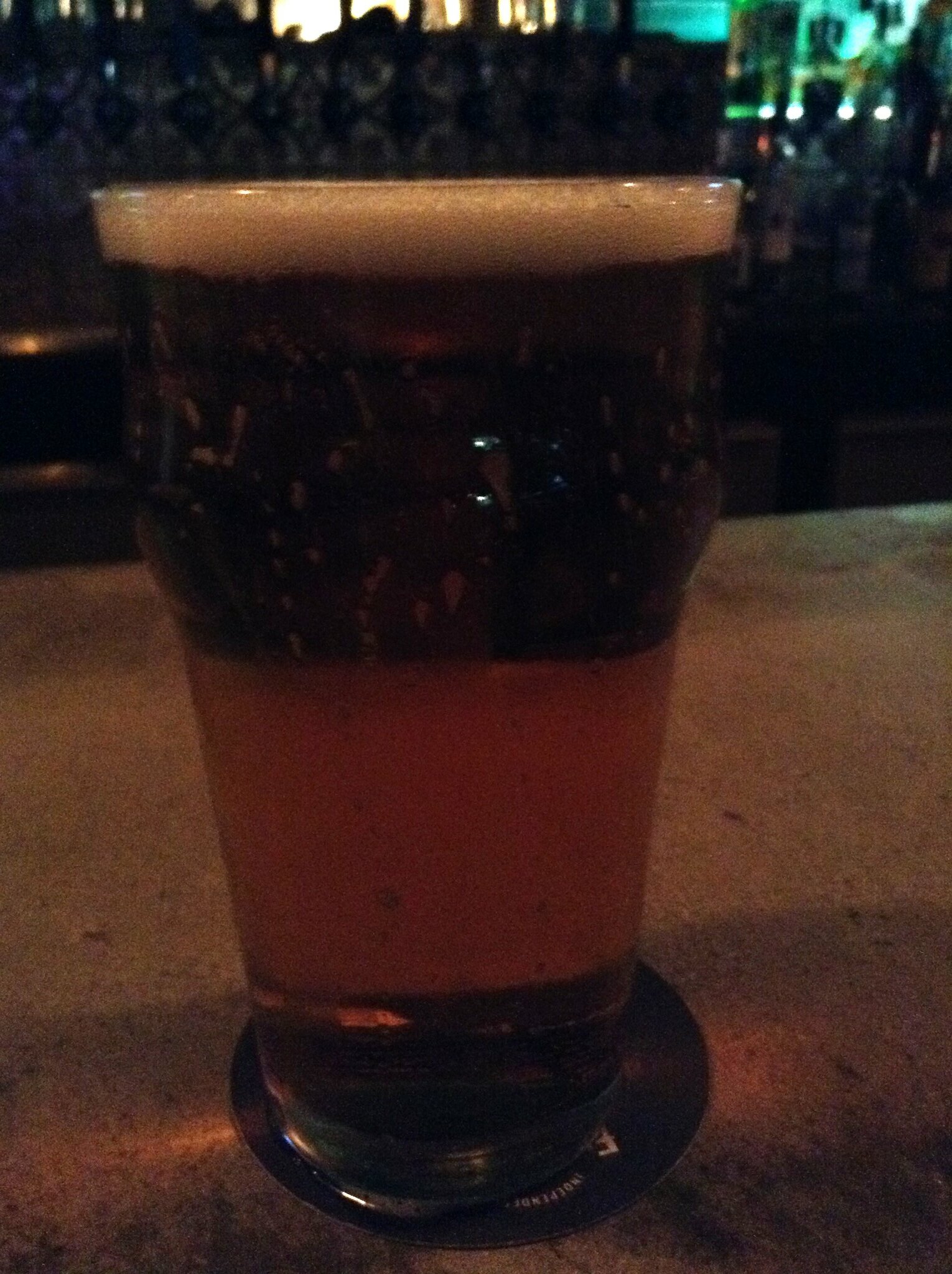 I’ll give him this: this beer is pretty good. Light on the palate, sweet at the end, easy to drink. Should practically come with a bag of potato chips. There’s a corn-like sweetness to this beer, faint in the nose but definitely on the finish so I’m guessing that an adjunct has been added. If this beer is still around in the summer, it might be one of the go-to picks of the season.

There are far too many Sessions on tap here: five by my count and it makes me wonder if that brand is taking over Full Sail’s operations. Don’t get me wrong, I think a light, tasty ale that is nudging at the marketplace that the macro breweries have carved out is a good thing–but I wonder what Full Sail may be doing to develop their own brand more. They make solid beer and I’d hate to see it be overshadowed by their cheaper works.

“Is there a Blazer game on today?” someone asks as he comes up to the bar.

“No, and this one’s at halftime. Clippers and Dallas, I think?” is the reply.

That exchange tells me something about this bar. Sure, there are three TVs and all of them are showing the same game, which says something about a bar too but that the Blazers are being specifically asked for tells me it’s a hometown (sports) heroes kind of place. One can only hope the Thorns and Timbers games get time when they air.

Though it’s unlikely, I’ll give you that

The bartender asks me if I’m writing a review. I try to explain what I do on Mondays but end up handing him a card and hoping for the best. The Monday at Bar Maven is so casual that I want to come in again when I can spend more time here but maybe not on a night when a Blazers game is on: That would just be too much for me.