Steeped in exhaustion from the holidays, I’m typing like shit. Misspellings, cotton head; everything feels like it takes an extra 10% more effort right now.

Like so many people, I need a holiday from my holiday. Which is why I walked to NWIPA instead of driving anywhere; the mental effort of driving feels risky. Clearly, I’ve been torching the reserves of my energies, drinking, socializing, late nights and oh thank goodness 2014 is over.

But it was taxing, exertions on lines I can sustain no longer. So, let’s settle in for a beer at the most low-key joint on Foster. The patrons all similarly seem to be in a post-holiday daze, slightly subdued. The Christmas tree in the corner is unadorned now, standing tall but without a care in the world. Sounds about right. 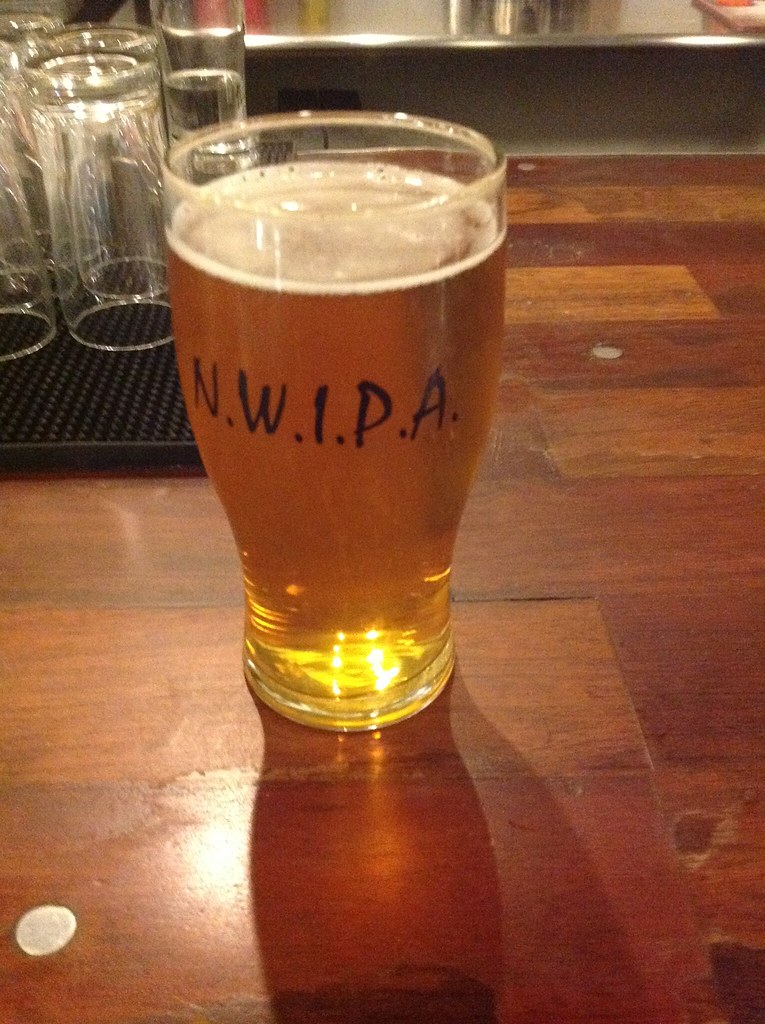 A customer-clearly a regular-is being teased for getting the same ice cream she gets every time; “C’mon, branch out a little!” which is a sentiment I can always get behind. She’s gotten a ginger cider to go with her pint of chocolate swirl something; I hope she’s in for a stellar evening. There’s a brief discussion about an ice cream called Dracula’s Blood Pudding, which people shied away from because it had actual blood in it.

Portland, everyone. We put blood in ice cream.

I’ve gotten the Lagunitas Fusion 26 IPA. Nose like a Lemonhead; sweet with that citrus bite at the end. Bitterness on the end isn’t overwhelming, which is a nice trick, with a really gentle lemon running on the sides of my tongue. I’m good with this beer. Crisp.

There’s a little beer gossip as I leave; apparently people are taking 10 Barrel’s sale a little more personally than I would’ve thought. I want to stay and pay attention but the yawning is getting to me. If I don’t find a pillow soon, everyone’s going to regret it. Let’s get prone.

One thought on “On The Rail: NWIPA”