Fuck, I don’t know what I’m writing or doing here. I had to walk to get to the bus because my car is in the shop and I was looking for a drink on my way home. I’ve gotten one but it’s not the drink I’m expecting. It’s not bad. But it’s something I have to finish so I can get outta here and get food. Also finding a bus home. GAH. Which isn’t so bad but this all just feels incredibly silly.

It’s been a long, long time since I’ve been to the Triple Nickel and the once divey, green tinted space has been vastly overhauled for the better. The rail has opened up and the bar area is a lot easier to see into now. Dingy carpet is gone and wood is in its place. Looks like they’ve replaced the pool tables, too, along with the area to play darts. Still has a pretty casual feel to it though, despite the facelift and that’s nice. 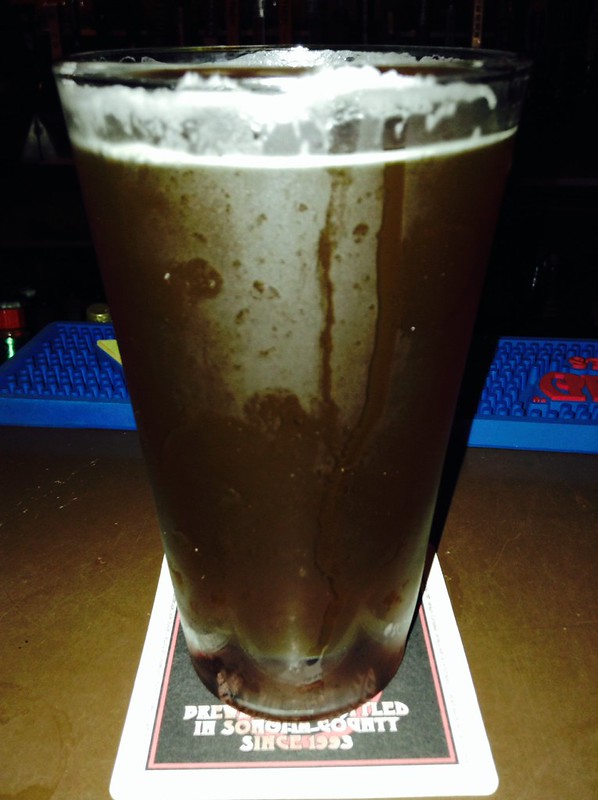 A massive crash happens behind me; two men playing giant Jenga have finished their game. On a lively night, I can see that being OK. Right now it’s too quiet, too mellow and a shockwave runs through the bar that nobody is really ready for but nobody can complain about, either.

I’m sipping on a Stepchild Red from Hop Valley and it’s hoppier than I expect for a red ale. I don’t hate this but maybe they should call it an IPA? Hell, I’d even say a pale is worth consideration but this beer is too big on the back end. IRA then? It’s not bad but damnit, I think it’s time for beers to start being what they say they are. It’s less confusing that way.

It’s so quiet here that I feel a little weird. Maybe it’s a post-Christmas thing? I should either be at home or somewhere lively but to be out and in a quiet space seems odd. Most likely it’s me; I’m feeling a bit more lively, getting ready for New Year’s Eve. I don’t know that I’m going to be about and about but at least preparing for something.

I’m restless. That’s the thing. So; time to go home. I hope everyone has a safe New Year and regular posting will start seven days from….now.