I can feel it as I move through the city: people on the streets are in more of a hurry to get where they want to be and now that I’m at my destination, I feel it all around; people have their shoulders turned in towards each other, surrounding tables like circling wagons. Dark, wet nights encourage people to huddle up, I suppose.

I can still overhear snippets of conversation and I wouldn’t say that the evening has people getting grim but this isn’t a night to meet strangers. One group is talking about their 99 year old grandma “Still drinking a glass a wine every day” another gathering of women is laughing up their dating experiences via Tinder (and how can anyone blame them) but the couple next to me is hunched over a smartphone, bitter tones eminating towards something or someone they see on it. If the weather was any worse, I wonder if I’d feel outright isolated. 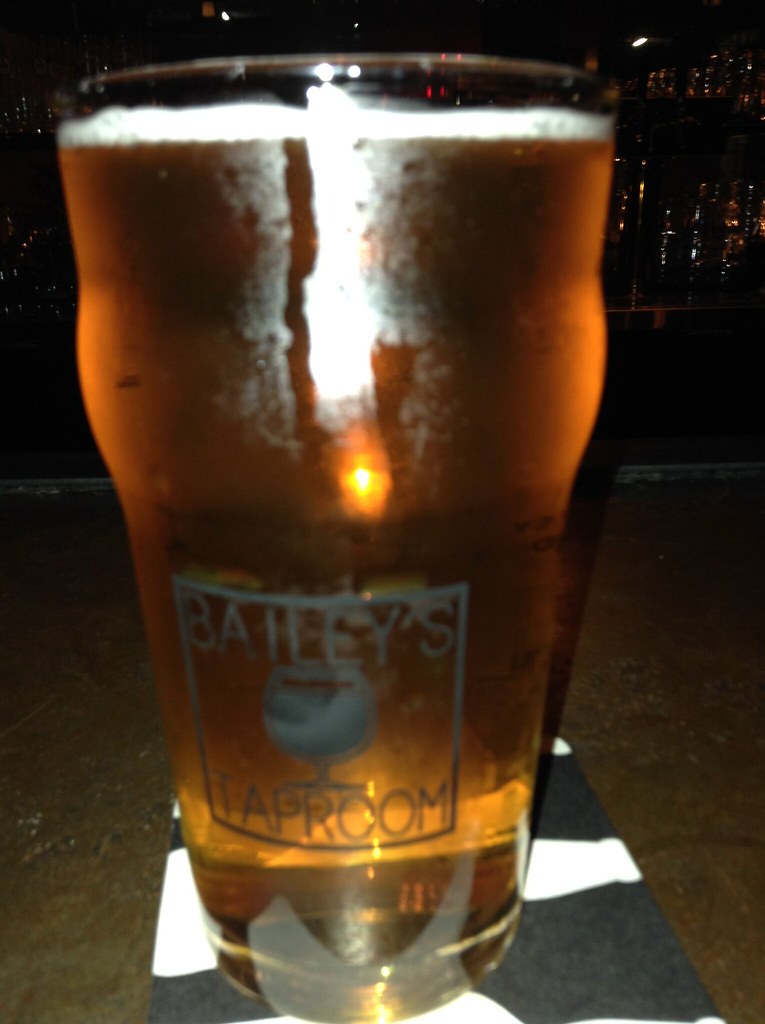 I drink my ale, the Green Flash Second Son IPA. The finish is exceptionally dry; even the bitterness that builds up as I get further into my glass seems to recede fairly quickly. It actually reminds me a little bit of the Kenton IPA I had on Friday, without the spicy notation on the finish. Instead it’s a little more oriented towards the nose. More relevantly, I am barely detecting any malt profile and I’m missing that. A little more balance to this beer and it would be outstanding, instead of just solid.

Human nature kicks in eventually because sitting on the rail means you’re never isolated for long. Soon the couple next to me is talking to me about the bottle of Crux’s imperial stout they’ve gotten; is it good, is it worth the price, what is fair and how difficult it is to make an impression in Portland. It’s not a revelatory conversation but it’s a lively one and that’s always nice. Also, if I have a the money to spend, Crux’s beer is good. Or so I am told.

PS: It’s Thanksgiving week and I’m off visiting family, so no more posts until next Monday. I hope everyone has a safe and happy holiday!