I walked across the Burnside bridge tonight to get to Bailey’s. It’s good exercise and I was going to arrive early, so parking on the other side of the river meant I didn’t have to pay for the privilege. Plus, it wasn’t raining and in November, that’s a bonus you can act on.

Walking across bridges is a pretty awesome thing to do in a city. If you’re driving the nature of transport is moving too quickly to safely appreciate what the view from a bridge offers you. That connection manifested physically in the mere construct of a city. The idea that once, there wasn’t a way to walk across water but someone looked at that issue and said; yeah, we’re going to fix that. The ties that stitch a city together, keeping it from being (entirely) the West against the East, the Southies versus the Northern Border. 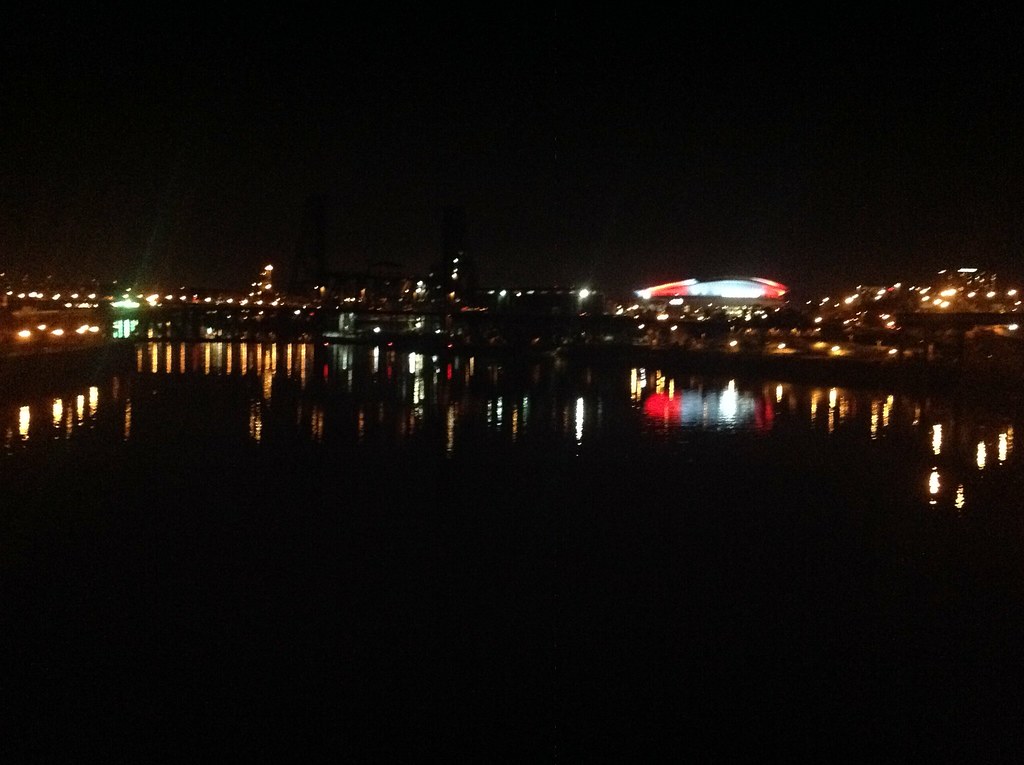 Or, forget all the abstract crap and take this: Portland, you can be an awfully pretty city when you want to.

I’m getting closer to downtown when I start to catch the scent of food. That seems very odd–are the restaurants so dense now that we can smell them cook? As I get deeper into the city I discover the answer: homeless kitchen serving dinner in an old building near the waterfront. Move on. Let them eat in peace.

The kids line up to see Gwar; the lights aren’t even on for the venue and they are trying to urge themselves into the building through closed doors, via sheer will. I step gingerly around men who are sleeping in the nooks, not quite 7pm and they’ve decided it’s been a long enough day, then past the Right 2 Dream 2 encampment-going on 5 years? more?- and nobody knows how to find a place for people to transition out of homelessness in a safe way. I’m almost there. I look forward to my trip back, seeing more of the denizens of the city. 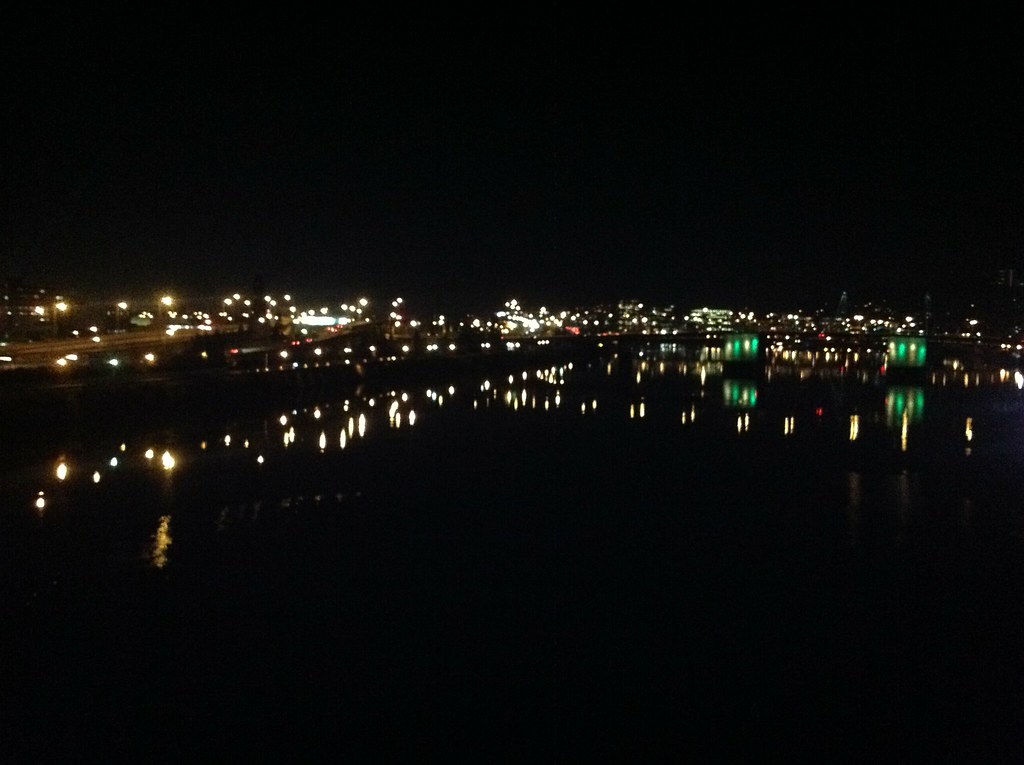 I’ve decided on the Block 15 Sticky Hands-Southern Exposure imperial IPA on the recommendation of the bartender. It’s a damn solid IPA with lots of grapefruit notes to it, but nothing pithy or too intense. I sip it pretty steadily trying to drown out the cackle of the group behind me; too lively and happy. Shrieks coming from them that are at the same time, joyous and incredibly piercing and bothersome. False celebrations, a pretend play to make you look sexy in front of someone who should love you already.

Sometimes, you ought to respect the people around you drinking and NOT shout in a crowded pub. Just a thought.