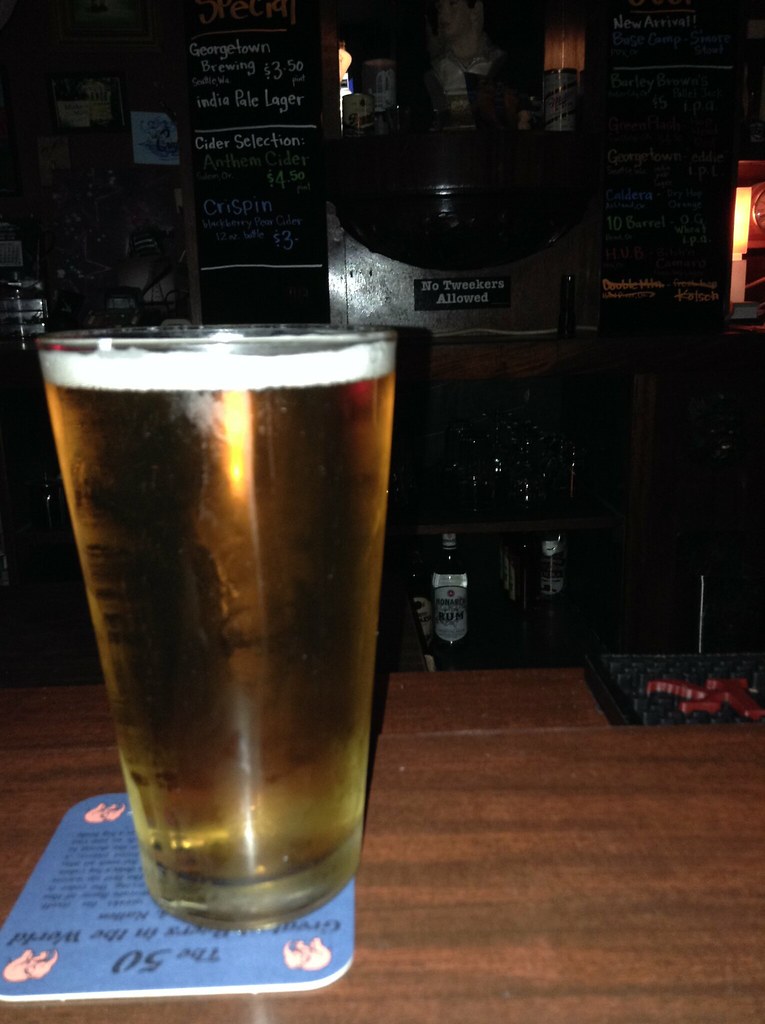 It has been a tremendously long day, as I was the head steward for the OBC Fall Classic homebrew competition and now I’ve come to O’Malley’s to get some dinner and try to decompress from the massive overdose on humans I had. I decided to drink Hopworks’s Bitchin’ Camaro, their fresh hop ale, which just isn’t working for me. I think it may be about the style; the hop nose isn’t dominant, the finish doesn’t bring the bitterness, it’s…almost halfassed. A hoppy beer for people who don’t want hops.

Fresh hop beers may just need some dried hops to provide some context for the fresh hops. I’ll have to try it myself next year when the harvest comes up.

I’ve arrived on an opportune evening for this pub, as they’re hosting a private party in an hour but I’ve just slid under the wire to be served and not make things awkward. I’ll take it. And yes, I’ll leave soon but for a moment I am enjoying watching the hustle and bustle of people working to set things up instead of being the one who is working for all the people.

But damn do I dislike this beer. It’s just not working for me and a huge chunk of this has to do with the aftertaste which tastes faintly of orange pith and strongly of nothing. Sigh. Can’t win ’em all, you know?

As the pub fills up and the space becomes more oriented towards a party I feel an impishness to crash an event that has not included me. To wander around and be a spy or maybe wear the new face of lively party fiend, to be debonair and magic my way into a circle who does not know me. Fill the air with factoids and outshine the lads with a wit they would have to pay for. 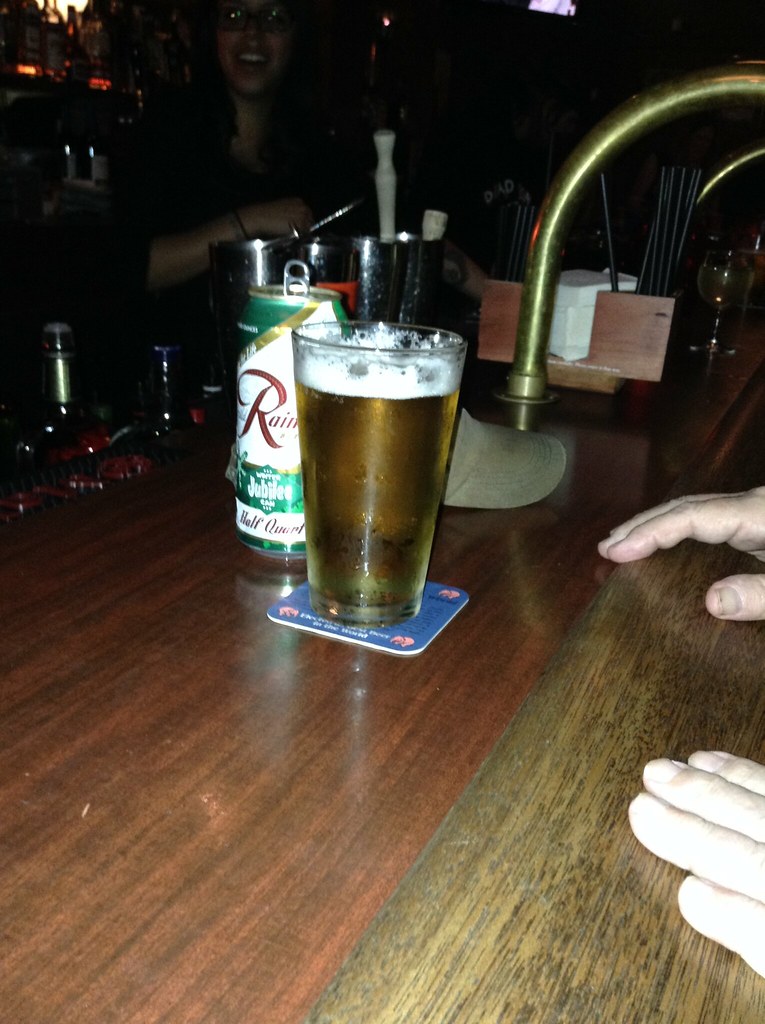 “Sarge, you made it! You made it to the party!” the barkeep says to a man who’s got 20 years on me easy, a trucker cap and a modest white beard. He makes himself home on the barstool to the sounds of the Bee Gees easier than I put on shoes. The barkeep knows what he wants and he pours his Rainier Half-Ounce like a college freshman; too rapidly leaving him with a can half full of beer and a glass half full of foam.

Suddenly, I can’t do it. I can’t be an imposter here, with someone who has made his bones. Flashes from cameras are popping in the air and I am not meant to be included in their photos. My desire to be a shapeshifter has faded and I think I should go home. I ask Sarge if he’s staying for the party.