It’s high time for a new theme, isn’t it?

So I’ve come back to Bailey’s. Which only makes sense if you’re human, I suppose: start the new thing at the old thing. For a little while I’m going to engage in a cliche. And that makes even less sense, now that I say it: the new thing but the old thing that is something you’ve seen before?

Because everyone has seen it, in nearly every movie or TV show ever made where people exist at a bar: humans sitting at the rail, drinking. Or pondering, or randomly meeting.

Jane McGonigal talks about ‘being alone together’ in her book Reality is Broken. If you’ll indulge my memory of her concept, what it is describing is the path of people who play MMOs and how those games offer players the chance to engage with the community as they see fit. They can join a group if they want or they can just play the game they want to play, while surrounded by other people. They are allowed to participate with a community while still doing their own thing.

It’s a pretty interesting idea that I’m hopefully not doing a disservice to.

I, like many before me and, unless the world ends tomorrow, many after, write in pubs. But writing is a solitary endeavor. Typically, I find a table to sit down at and I write. I am rarely interrupted as most people are reluctant to disrupt someone who appears to be working. I do as much as I can, I take it all in and I am at the scene but I am not part of the scene. I have made a decision to separate myself in order to do some work.

People who sit at the rail are actually being alone together, instead of being separate. They may choose to engage but they might not: nobody judges them. So for a little while I want to sit at the rail, watch the bartenders, sit near people and see what happens. Honestly, I think I’ll still be at Bailey’s pretty often but I still have a few breweries I’d like to visit and talk about so I look forward to this change up. 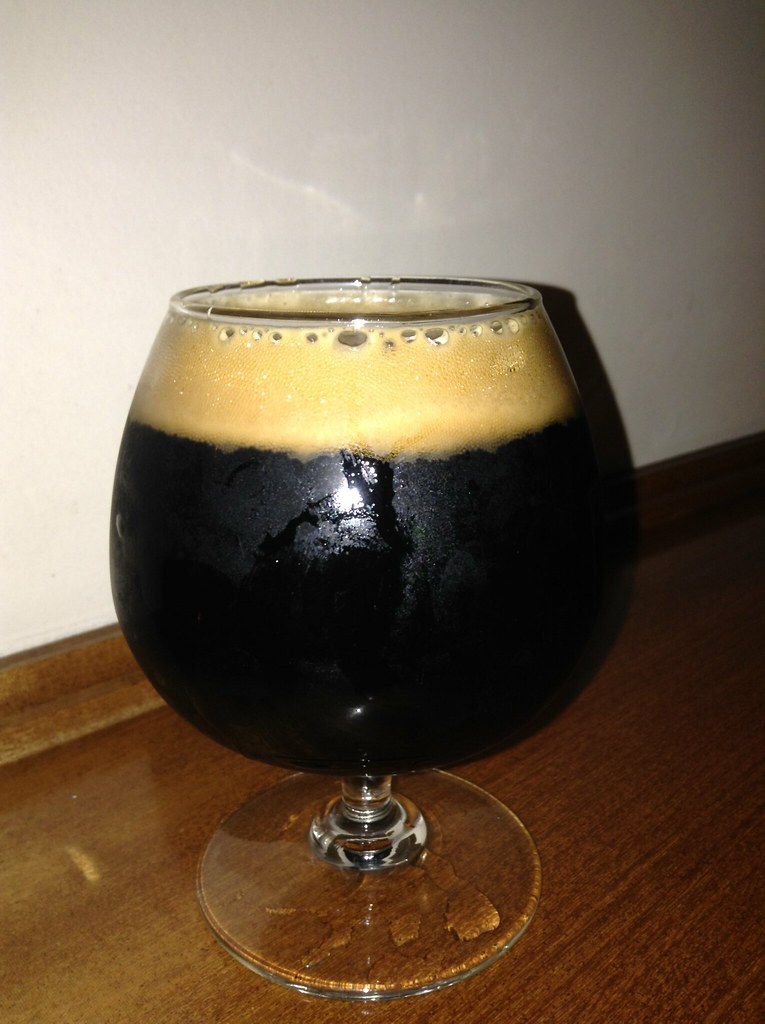 Joining me tonight is the Epic Imperial Stout: coco notes in the nose. The ale follows through with this, even finishing dry, as if a spoonful of cocoa powder came a long at the end and put a pinch in my mouth.

One thought on “On The Rails: Bailey’s”