So…this one didn’t quite work out as nicely as I would’ve hoped. The goal was to make a stronger chamomile ale, because I could only make one beer during the month of August. I thought it might be interesting to give that beer a bit of a surge, see if I could get it to work out.

Not so much. In addition to having an uncertain carbonation level, I didn’t really add enough chamomile in there.  That is a surprising thing to realize, since over-addition of the tea has been an issue for many of the batches I made.

Instead, I have an ale that has a fruity sweet nose, as though it didn’t quite get enough sugar eaten out of it, and a sweet but thin mouth. It’s really kind of bland and that’s a very strange thing to say. It’s a bit of a bummer, of course, but the beer is still drinkable. 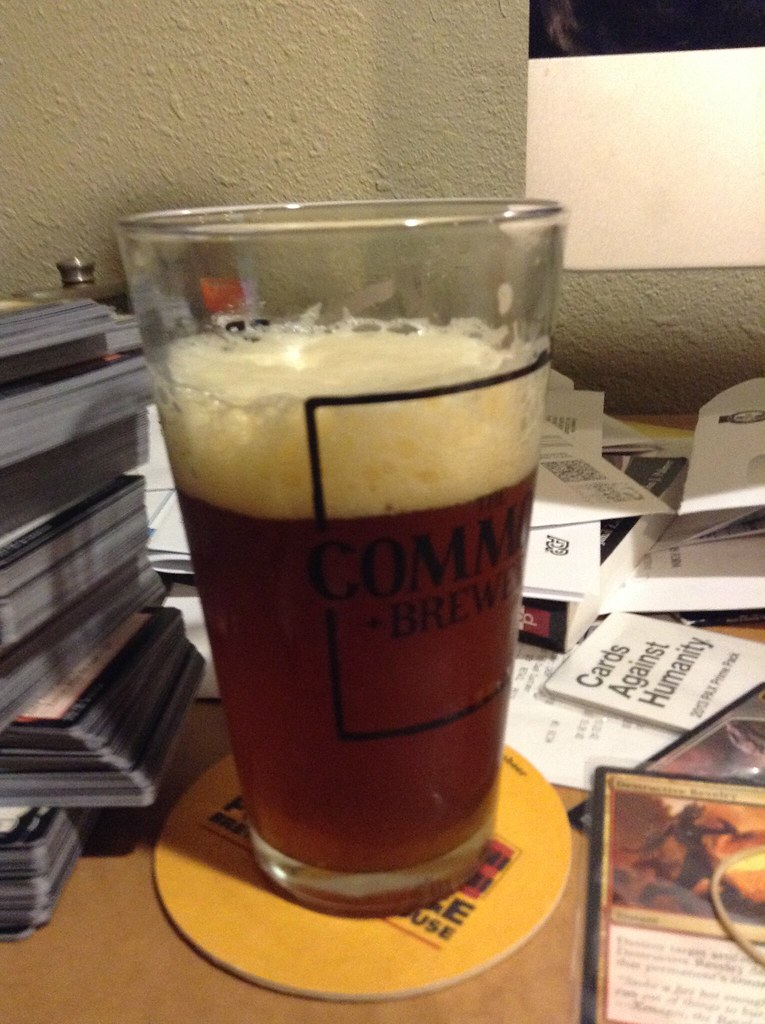