Tonight I am a scene in a movie: Alone, heartbroken and in a town where nobody knows me, getting drunk at a bar that feels far from nowhere, with U2’s Where The Streets Have No Name on a jukebox that plays CDs.  I loved that song. Something about going into Nowhere and finding a place for yourself appealed to me. Where I was had been chipping away at me for so long, the idea that I could get out from under the city, the person I had been because of it, that appealed to me quite a bit. Still does, at least in concept and I like where I live now. It must be twenty years since I’ve heard that song, which is probably about how long it’s been since I’ve had a Moosehead. 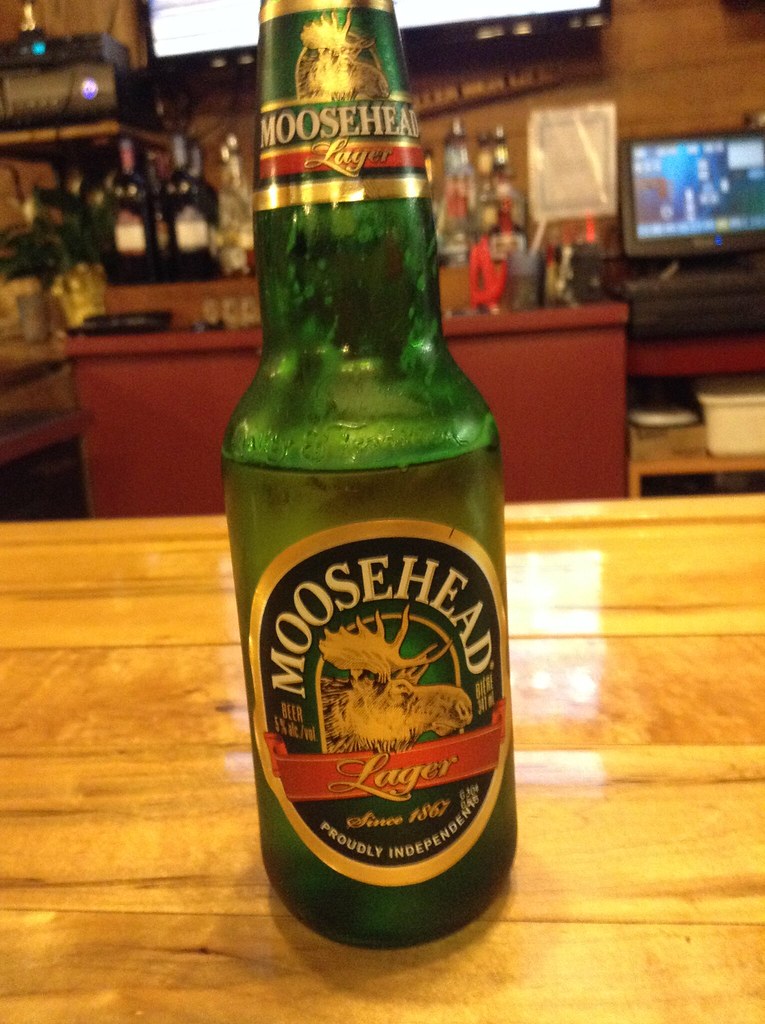 Never really found a taste for Moosehead, though, despite being introduced to it at a very young age. I drink it now and it isn’t bad for a mass produced lager, though it skews a bit on the sweet side. Was it always sweet and I just couldn’t taste it or has the recipe changed over the past two decades, tweaked to appeal to a broader base? Tweaks like that have been done in the past but I didn’t much consider the taste of my beer twenty years ago so I have no point of reference.

I may be being shown off. That is OK, I suppose. Let the locals get their eyeful.

I think back to who I was when The Streets Had No Name came out and I wonder how’d I get to…U2 invading iPhones everywhere. Isn’t that what we do when we are confronted by our past? Maybe some people can shed everything but I doubt anyone can forever. There isn’t a straight line though, a stack of interlocking pieces that clearly say, “You were here, now you are here.”

Some moments appear, of course. Choices I made that pop up like signposts: where to live, whom to love, but so much more is nebulous. I cannot say I didn’t have a goal: I did but that goal has also failed me in ways I don’t know I could have predicted.

Do we need small, shitty towns stuck in the past to return to, to get us to examine our lives. A constant ghost in our own machines? That reminder that we should not outrun who we were but instead build on it? I don’t know and two Moosehead isn’t helping me decide the fate of tiny places, so I think it’s time to go home.

Especially since I could have spent the rest of my life without hearing Def Leppard’s Let’s Get Rocked, again. Nobody really needed to hear that song even once and some things that are in the past can just goddamn stay there.