The Stein Haus is almost perturbingly quiet. Like the opening scene in From Dusk Til Dawn, where there’s so few people I’m almost expecting something really crazy to happen at any moment. 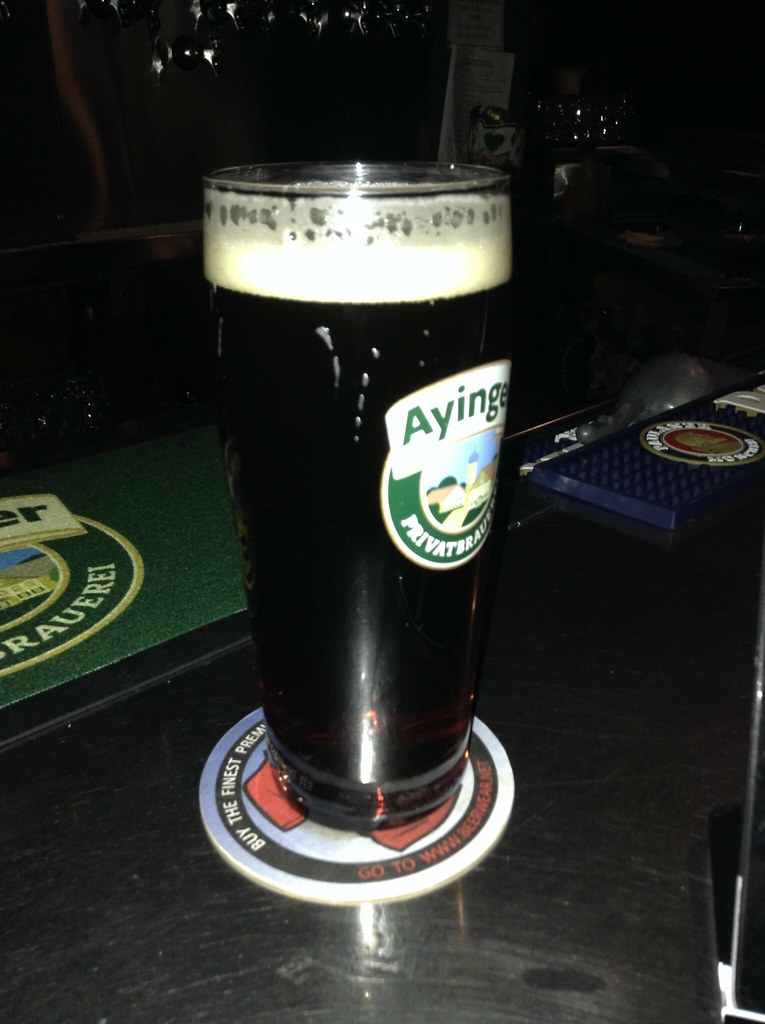 Thankfully, nothing does. I think this place may be so empty because of a slight case of not knowing what it is. When this was the Agenda I liked it but then it became a strip club called Assets (which is almost a clever title) and I never went but now it’s a ‘new’ place which makes the third change in as many years. Hard to develop an identity under such circumstances.

I get my beer, an Altborish Dunkel by Ayinger, sit down and all is well. Dunkels are an interesting brew; a bit like the diet version of a more roasted, chocolaty beer. It’s sweet but it finishes very clean, so I don’t get the aftertaste that an actually sweet beer might offer up.

The beer list is tilted towards the lighter, Germanic styles; I see pilsners, dunkles, wheat ales and from brewers predominantly from Europe. Anything that’s local falls into the same category: Pils from the Commons, Octoberfest from Ninkasi, Roggenweizen from Occidental. The exception (sorta) is the India Steinhaus Lager, which I’m told is brewed by Rock Bottom brewery for the Stein Haus. This is probably the hoppiest brew on the menu, I’m deducing, falling into the new ‘craze’ of India Pale Lagers.

The bartender is pretty nice; indulges my questions, gives me a sample of a beer that has no description and tells me where the house Lager comes from. So the Stein Haus has some good things going for it.

I don’t know how this becomes a neighborhood bar-a little more lighting around the beer list would certainly help-but we need more little interesting places to get beers in the outskirts of the city. Maybe this time, the Stein Haus will stick.