So the reason that I didn’t have a Monday post is because I was in Minneapolis! I walked through parks, stood on the Mississippi River, hoofed it around the downtown area and drank a whoooooole lot of beer I hadn’t had before. As with my trip to Spokane, I took notes and I present (with mild editing, of course) for your edification (or your mockery) those notes. 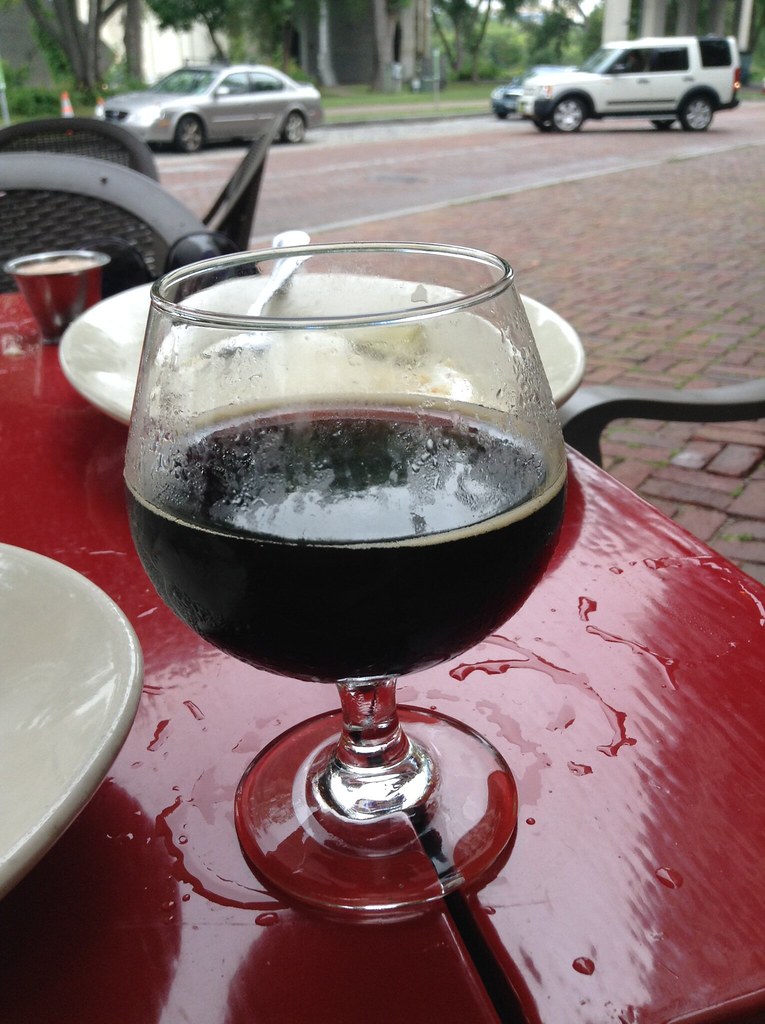 Central Waters Satin Solitude imperial stout (pictured). Tasty. I want more chocolate in this beer but it’s nice. I think it was about 6%, maybe 7, which is NOT an imperial but at least the mouthfeel for the style felt correct.

Surly Furious. Is this a red ale? It doesn’t say on the can but the pour suggests an amber of some kind. Citrus nose tilts the beer to pale or IPA. The middle is fruity and the finish is a bit rough on the hop bitterness so I’m going to go with IPA but it isn’t very well balanced, and the hop bitterness tastes a little like it’s been run through the dirt. It’s a nice looking beer, with some lovely amber tones but I am missing the malt flavors that might help balance this beer out or maybe cover that dirty flavor at the end. Regardless of anything else, that dirty flavor is out of place. As I finish the Furious, it commits the sin of becoming more bland, somehow. I wouldn’t mind trying something else but I don’t want to order four more cans to try it.

Indeed Mexican Honey; What a nice pilsner! The honey notes come up at the end, with a sweeter, herbal dimension that is pretty refreshing. It doesn’t warm up well though: some sharper herbal flavors come up as it warms and that’s a little off putting. However I’m hard pressed to penalize the beer for this because when it was fresh out of the bottle, this really tasted good. Split it with a friend.

Third Street Brewhouse Lost Trout brown; Nice soft roasty nose, light body, with a solid stripe of chocolate through it. 4.9% too? This is a tried and true brown ale, people and it is a solid damn beer. I wish I had more to say about it and I always like touting a good brown ale when they come up but I just don’t. Drink some! 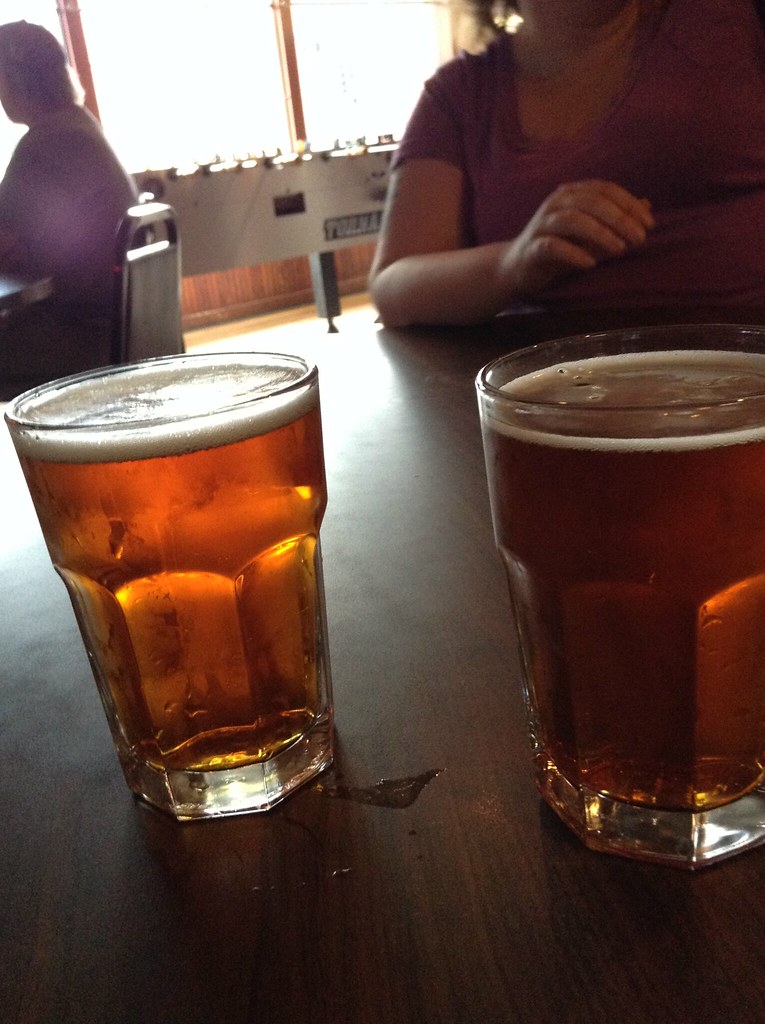 Summit Oktoberfest (pictured): Feels and tastes a bit lageresque. It has that kind of crisp finish but with a ping of sweetness that hints at malt in there. The middle has a chewiness to it but the nose is a touch funky, almost lager lightstuck? Not quite. Is this what it’s supposed to be? To the Guidelines, Robin! And…yeah, it’s very much like what it’s supposed to be, except in the nose. That part is weird and not very malt forward. It’s not a bad beer though, so it’s possible that something may have happened in transition from brewery to glass. Also; both of the glasses in the photo are the Summit. For some reason, the pub I was in served my order in two glasses; splitting the pint, I guess? It didn’t feel wrong to be double fisting, but it was the first time I’d done it like this.

Mankato Ceres wheat ale; has this very soft citrus nose, which I dig on and the beer tastes pleasantly sweet, with a very clean finish. It’s highly drinkable and I’m damn pleased with it. The wheat gives it a little body but nothing too heavy, so I’m halfway done and already inclined to order #2, but no. I must try all the beers! Adventure time! Let’s have that Big Wood…

Big Wood Bark Bite IPA: first warning: the nose, which hints way more of wheat malt than anything else. The flavor reminds me of a goddamn watermellon jolly rancher. Holy shit this beer is bad. I hope the brewery has a horrible but totally non-lethal fire. (Please do not set the brewery on fire).