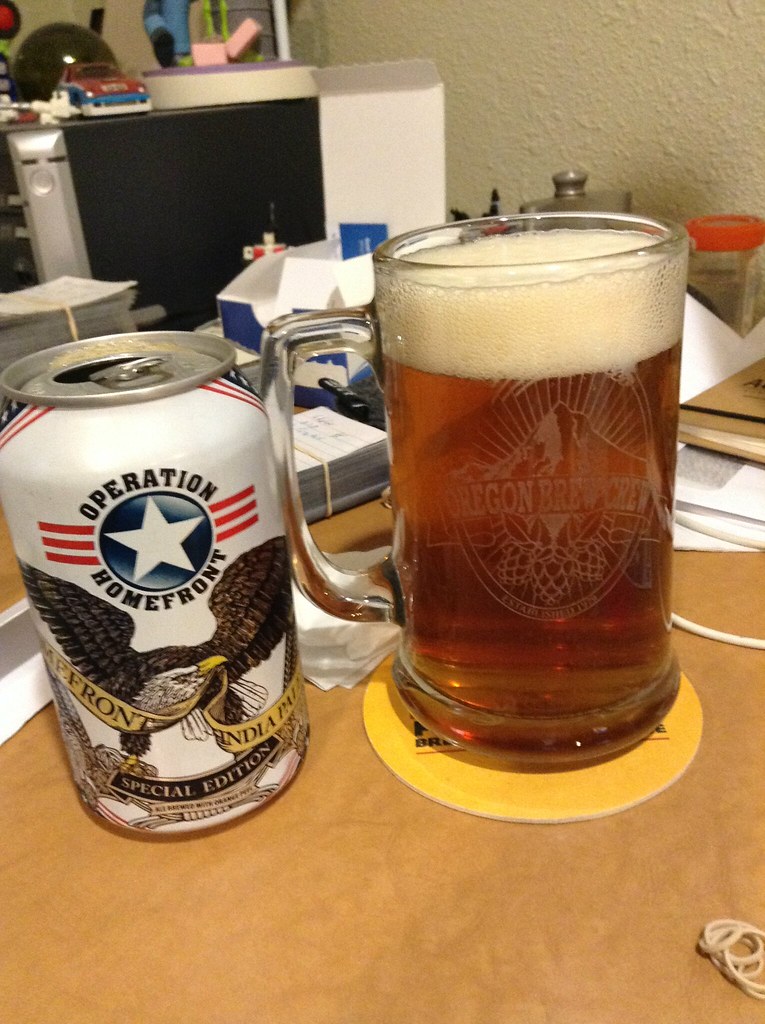 This will be the last in the series (for now) of reviews of beers I was able to procure from Pint Defiance in Tacoma. Thanks for the recommendations!

Homefront IPA (from Fremont): Nose has a sweet orange scent like a gummi wedge. So when the bitterness kicks in hard at the end it is strange. The beer gets a little spicy at the end, and the caramel run in the middle keeps the whole beer in line, almost. The nose might be a little too candy influenced, I can’t shake the gummi drop scent and that feels a little weird. But I’d have more; it doesn’t finish dry, it’s got a reasonable drinkability to it so gimme some more.

I didn’t know Fremont brewed Homefront: if I had, I probably would have picked another beer, since I knew I was coming away with the double IPA. Oh well. 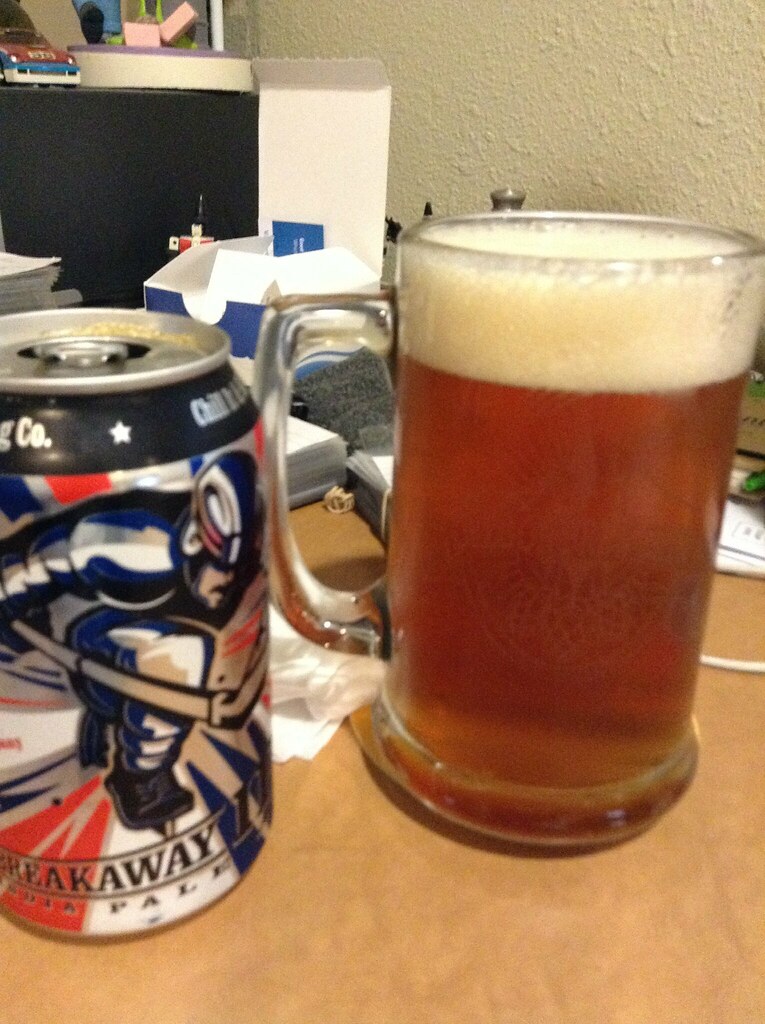 American Breakaway IPA: nose just wasn’t…apparent, maybe a tiny bit of orange? Maybe some malt in there, caramel if anything but it’s not strong. The midrange flavors just aren’t showing up either, which is a pretty big drawback. It just kicks up with strong bitterness in the finish. It’s just not encouraging me to drink more of it and enjoy the beer. Sorry, not this one.

Despite an overcast sky and a muggy environment, I went out to brave the NAOBF last Friday. The upside was that it never seemed to get too crowded, so I could try any beer I wanted. The downside was that there were beers that looked like this: 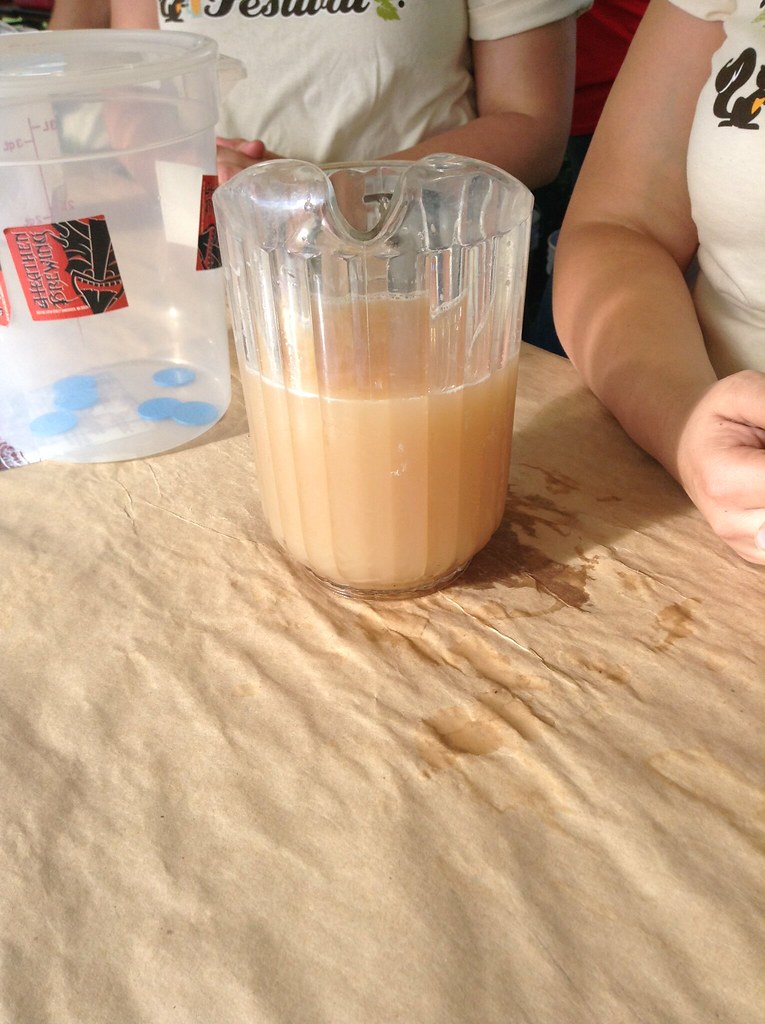 Seriously. That…that is not beer. I mean, I understand they claim it is and it may even chemically be beer but that looks like a collection of bull semen. Don’t ask how I know.

So here’s the limited notes on the stuff that I did try: 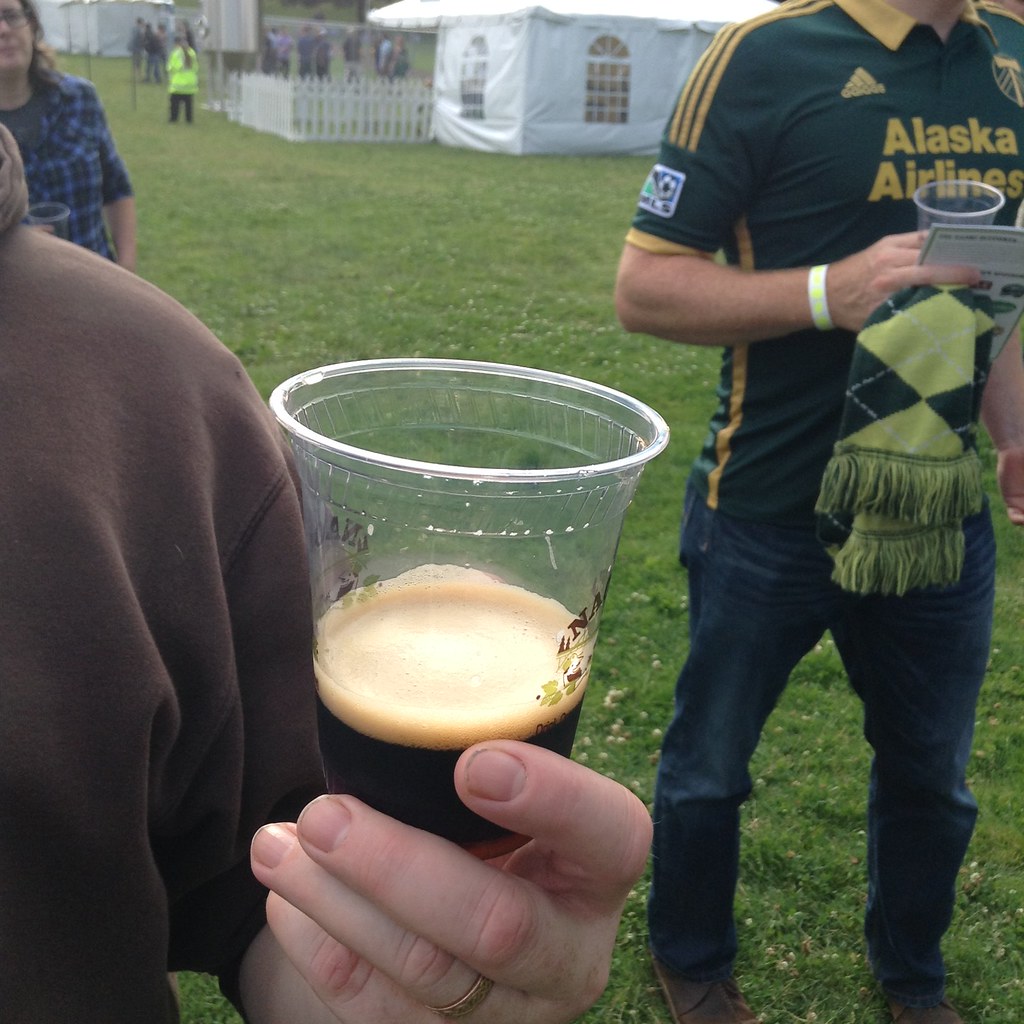 Loowit Giabolical: Smells like pot, but is thin until the bitter finish. There’s just no there, there.

Falling Sky Biopiracy: (pictured): tasty, clean, sweet. This was my first beer of the day and a good one to start with. 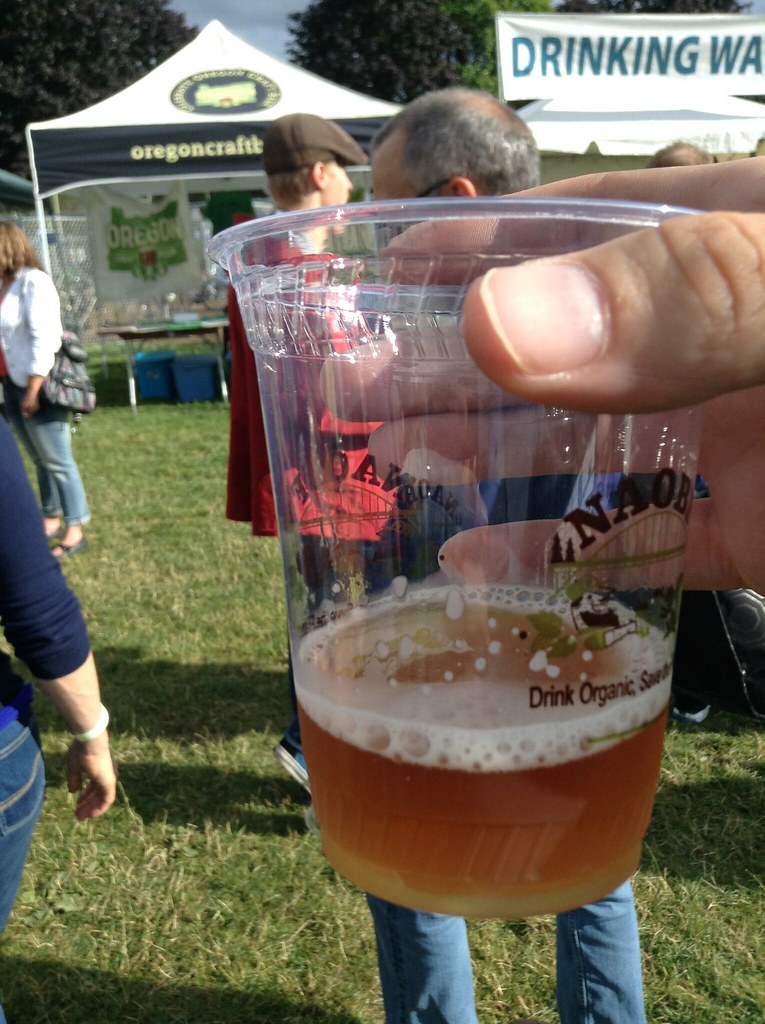 Ambacht-G++: Hot finish, faint bourbon in nose. Fruit mish-mash flavor and I can’t get into it.

So there you have it! There wasn’t anything stellar but there were definitely some questionable beers. I know that visual presentation isn’t everything and I certainly have brewed beers myself that weren’t clear and sparkling but there were some ales that just didn’t look like enough love and care had gone into them.

Plus, I got a nagging sense that some of these beers were castaways, there because it’s a festival and whatever, people will drink it. I hope that’s not the case but there were so many beers that just didn’t work for me I start to get suspicious.